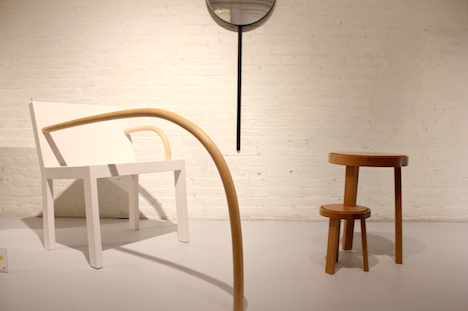 France may be a leader in many disciplines—food, film, fashion, art—but so far design is not one of them. That, however, may be beginning to change. In the last three years France has been undergoing something of an "entrepreneurial design frenzy" with an accompanying design market boom and an influx of new design galleries. To show the world what France's emerging design scene has to offer, they're touring around an exhibition called "Nouvelle Vague: The New French Domestic Landscape." 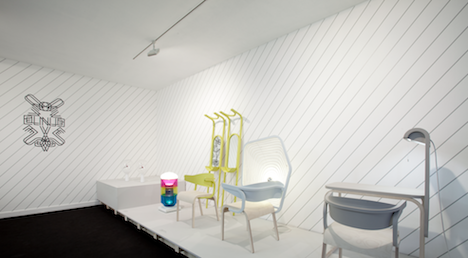 The first stop on the tour was at WantedDesign, and if the five studios whose work was included in the show are any indication, France is on the cusp of not only one of the most refined, considered and beautifully crafted design movements, but one that honors the intellectual and conceptual side of design as well. Here, there were no cute lamps or chairs that were simply cool looking. Each design had not only a purpose but a philosophy.

Juan-Pablo Naranjo, a co-founder of Studio Nocc, expressed his fascination with design Darwinism, the evolution of objects and furniture design. After looking at how the design of a chair or table has changed over time, he considers the individual elements of a single piece of furniture and asks why it evolved that way and whether changing it - adding a kink in its evolutionary timeline—will increase its functionality. What he's discovered is that at the very least these modifications get people to reconsider the way they interact with daily objects.

Take, for example, Nocc's Hypertrophy Chair (above), a basic white chair with one curved, wooden armrest that we might call a normal, standard armrest, and one armrest that arcs from the chair's back down to the floor. How does elongating the armrest make your interaction with this chair different? Suddenly, with this one slight adjustment, it's no longer just a chair anymore. Now you're really thinking not just about how you're going to use this chair, but how you've come to treat chairs in general over the years. From a purely practical point of view, the extra long armrest is great for holding a blanket, your jacket or the newspaper, but it really does much more that. 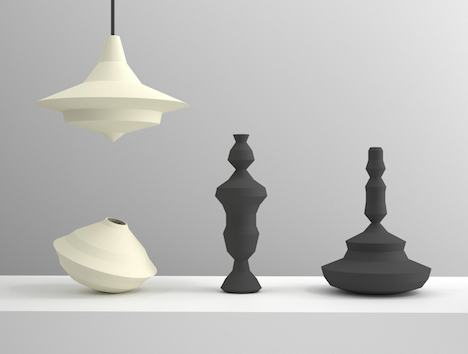 In the Siamese Table, Nocc gives the side table a side table of its own. In their Objects of Sounds collection, the shapes of the vases, pendant lights and candlesticks are derived from the shape of a sound recording of your voice as your say the name of the object. Both black candlesticks are the physical manifestations of Nocc's two founders saying the same word (see a quick video of how it works). 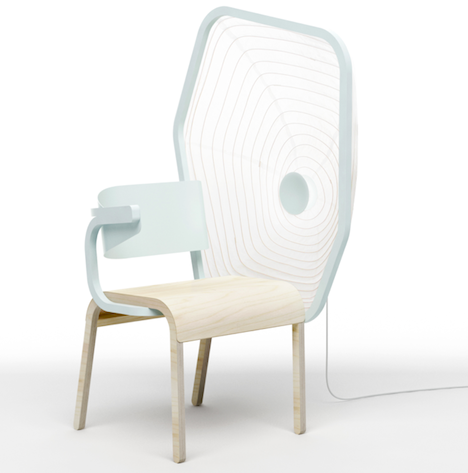 The rest of the show was equally impressive. The Perch Chair by Pierre Favresse (above) adds a diffused light attachment to a chair, providing the light you need to read, eat or work without requiring an extra piece furniture. Souviens toi que tu vas mourir (or, Remember that you will die, below) by Pool is the luxe version of the cheap plastic lawn chair with the skull-shaped cut-outs providing drainage. The Yabane dresser by A+A Cooren (below) has four extra long drawers that pull out on either side. Sure, you could stick it against a wall like all the other dressers you've ever owned and just pull from one side, but the Yabane gets you to consider the way you've become accustomed to using dressers. Why not use it as a divider or put it in the middle of the room, displaying it not just as a functional object but as an item of beauty? And on top of it you can add A+A Cooren's gorgeous and mesmerizing Tourbillon (below), a sculptural glass vase with a tornado frozen inside, mid-spin.

See all the designers' work and check out where "Nouvelle Vague" will stop next. 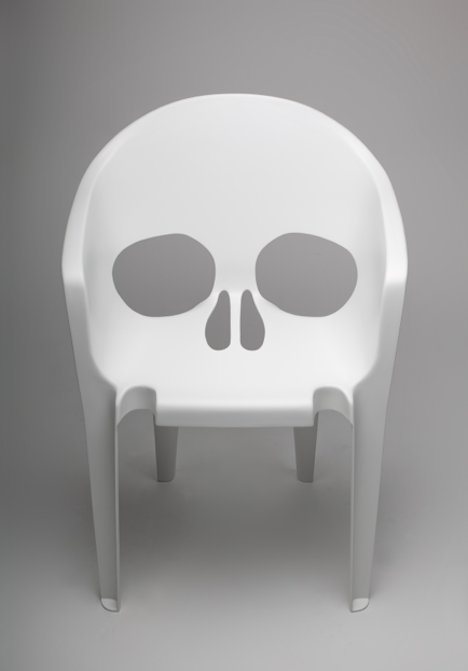 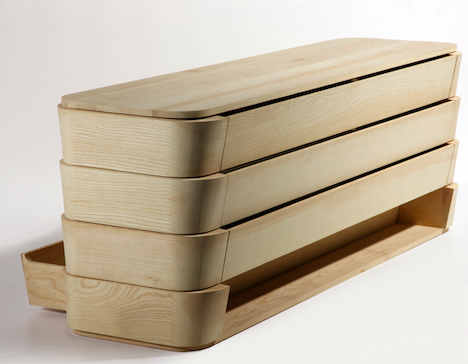 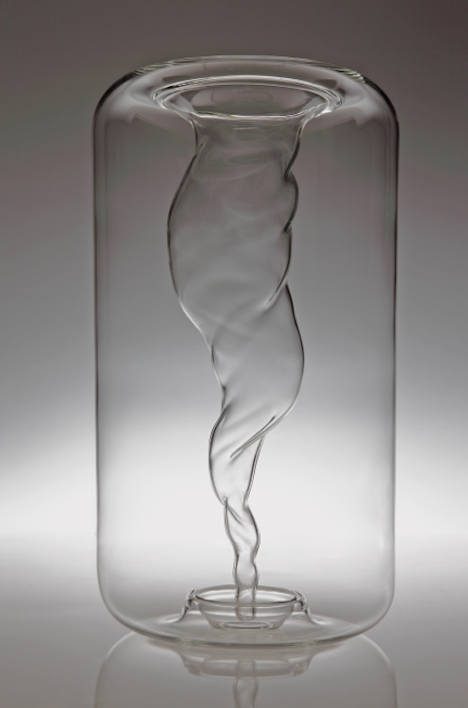