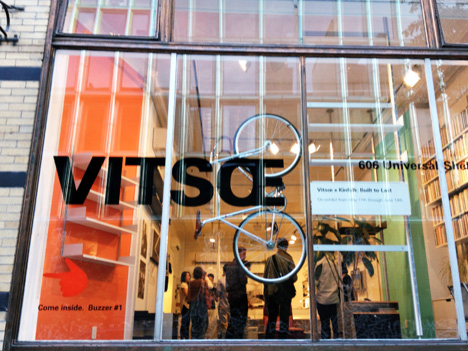 It should come as no surprise that Vitsœ—a company that employs cycling enthusiasts on both sides of the Atlantic—were happy to host "Built to Last," an exhibition of beautiful bicycles by New York's own Kinfolk Studios. The short talk by Kinfolk co-founder Ryan Carney last Thursday was among the first events to mark the ICFF festivities in town this weekend, which run through tomorrow, May 22. 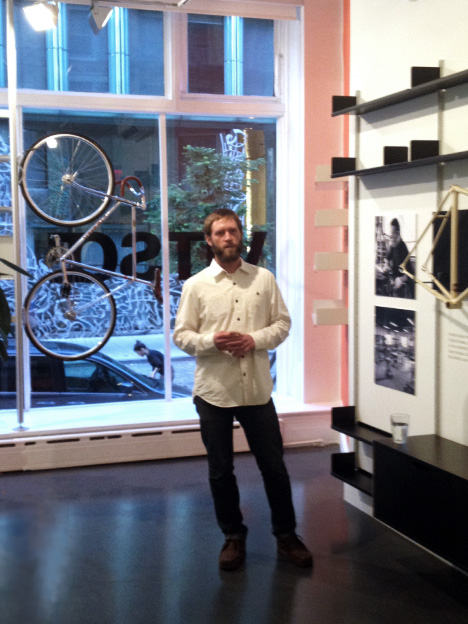 Carney started the Brooklyn- and Tokyo-based design studio with a few well-traveled buddies who all happened to be into skateboarding and, of course, Japanese track bicycles (also known as Keirin bikes, after the track cycling race). The latter has become their claim to fame, and while the Kinfolk Bicycle Co. remains their most successful enterprise to date, they've since expanded their practice into designing interiors, as well as a bit of client work on the side. 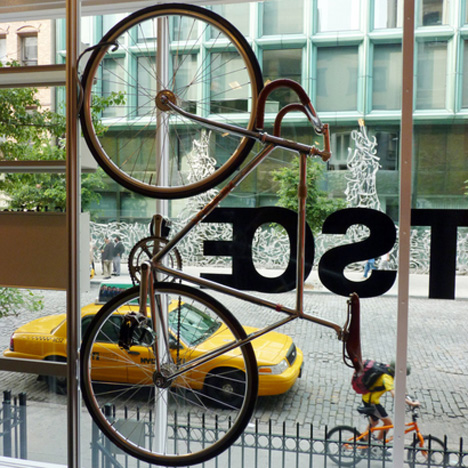 Ryan's Kinfolk hangs in the window; image courtesy of Vitsœ

Over the course of the talk and Q&A session, Carney—a math major who worked as an aerospace engineer prior to launching the brand—shared a brief history of the brand, which he founded in 2008 with John Buellens, Maceo Eagle and Salah Mason when they wanted to get ahold of some Keirin bicycles from Tokyo, where John and Maceo had been living. (It's an obsession that I can relate to: contemporary craft builders notwithstanding, the Japanese are rivaled only by the Italians when it comes to traditional steel track bikes.) 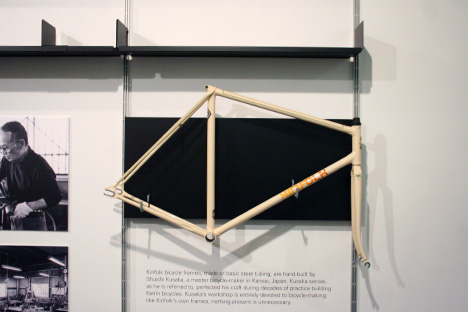 Maceo supplemented Ryan's gloss with a bit of insight into the enduring appeal of Keirin bikes: since spectators bet on the riders (as opposed to the bikes), each and every component is made to extremely strict standards and approved by the NJS, the regulatory organization responsible for ensuring that the only variable is in the competitors themselves. 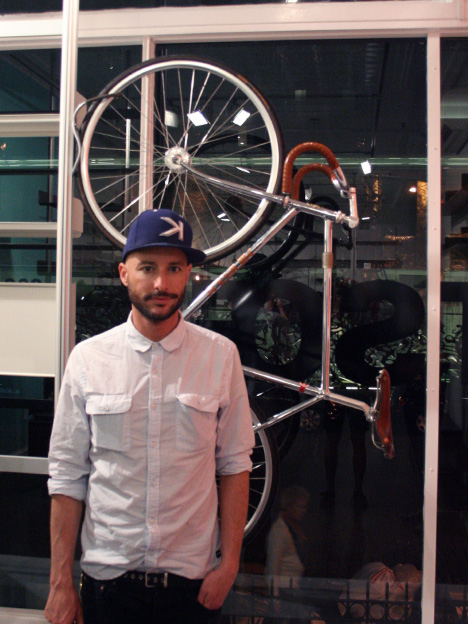 It should come as no surprise, then, that Keirin builders are mythologized in the Western world, not only for their undisputed mastery of a highly specialized craft but also for the 'seal of approval'—literally, an NJS stamp—imparted by a higher authority. Used Keirin frames regularly command prices of $500–$1500 in a thriving secondary market (and purists might spend as much on coveted NJS components from Shimano, Nitto, MKS, etc.). 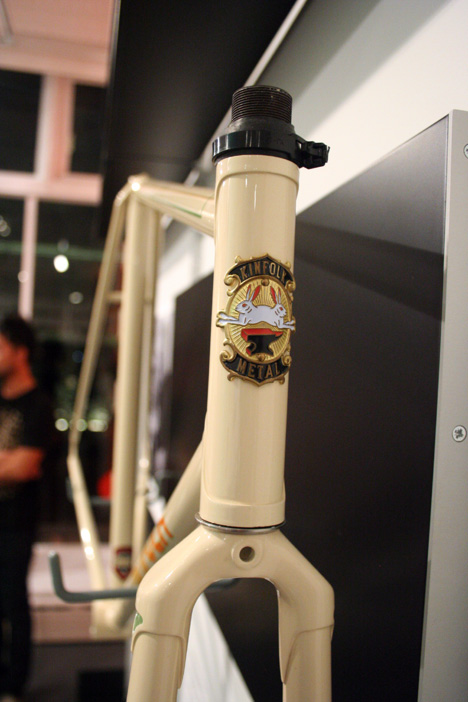 Yet there's no denying the romantic appeal of a new custom-built bicycle, no matter how fresh it is from the velodrome (secondhand Keirin frames are rarely mint; scratches and dents are not uncommon). Kinfolk is the first and often last stop for Keirin enthusiasts abroad: the company is not merely an exercise in branding but a specialized intermediary role between a skilled craftsman and interested parties in the Western world. Considering that some 10,000 NJS-approved frames have passed through the hands of master builder Shuichi Kusaka, credit to Kinfolk for sharing his gift with cyclists the world over. Remarkably, they've managed to build a business around a one-of-a-kind, handmade product: the number of extant Kinfolk frames comes in at roughly 200 in total; suffice it to say that Ryan & co. know each of their customers by name. 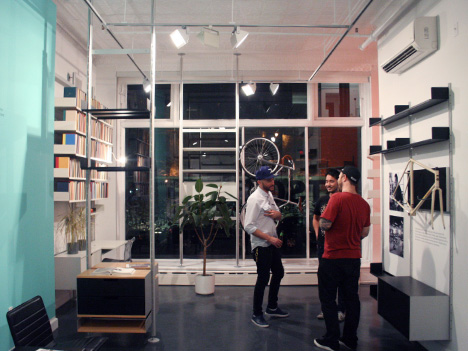 The name of the company, then, is a reference to their approach (or lack thereof) to new projects: all of their projects are self-initiated, a sort of 'if-we-build-it' mentality that attracts like-minded individuals who share Kinfolk's vision for design. Their process doesn't begin with market research or ethnographic studies; their only target audience is themselves. To hear Ryan tell it, they built out the spaces in Tokyo and Brooklyn simply because they wanted somewhere to hang out. 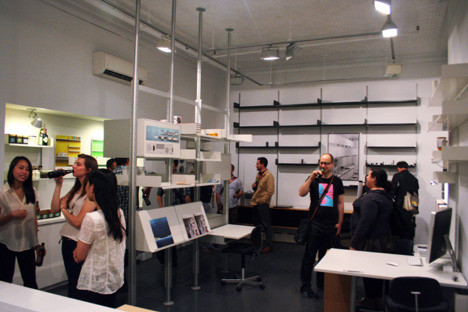 So what does Kinfolk have to do with Vitsœ and Dieter Rams? Well, it's a case of inspiration in hindsight; just as the 'Japanese-ness' of the brand is largely (if not entirely) coincidental, it simply comes down to what the Keirin bicycle represents: an object that has been stripped to its essential characteristics in the interest of perfecting only that which is necessary. 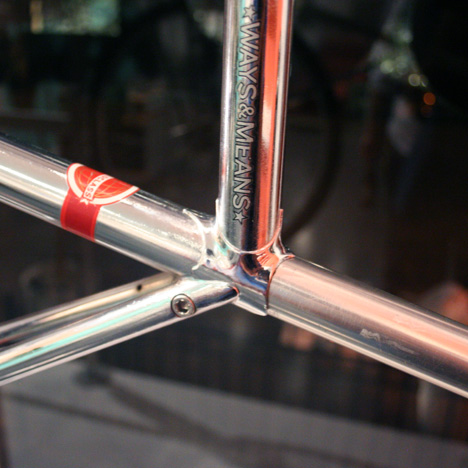