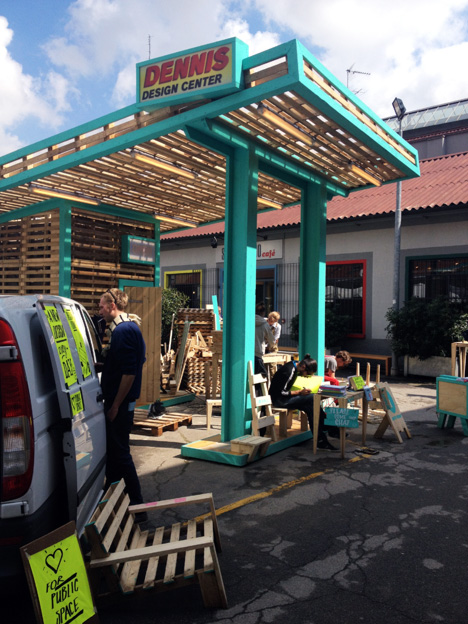 Not that it wasn't relevant a month ago—after all, I happened upon the daring Danes during their pop-up studio during the Salone—but the guerrilla ethos of the DENNIS Design Center has taken on an ethical significance in light of the recent events surrounding designer Takeshi Miyakawa's (benign) intervention on the occasion of the ICFF in New York. (For my part, I plead guilty to a regrettable delay in saving the best for last: the mobile workshop was easily my top pick for Zona Tortona and certainly one of the best in show during the Salone this year.) 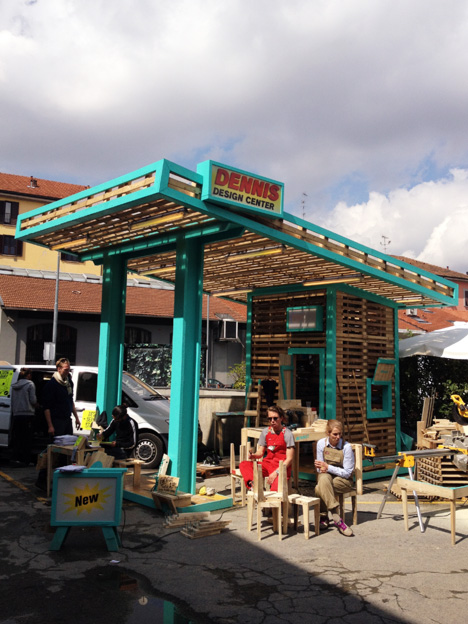 Looks cool, but what does it actually do? Well, a lot more than your average exhibitor in Milan: the DENNIS Design Center is a "newly started platform for urban design studies," working "across disciplines [to introduce] new and diverse atmospheres into the streets of Milan, inspired by the local population and its surroundings."During the project in Milan, DENNIS invites you to get refueled with cultural and social energy at the self-constructed gas station placed on the parking lot in front of Superstudio 13. The gas station provides refueling of inspiration, how design is generated, shaped and communicated. 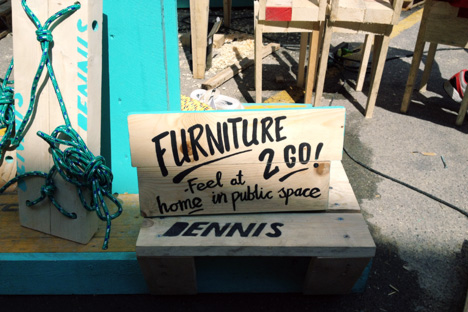 While the Copenhagen-based crew readily cites graffiti as a source of inspiration, their ad-hoc furniture workshop—a creative outlet (a vehicle, perhaps) for art/design collective Bureau Detours—is rather less illicit... and far more functional to boot. (Indeed, the DENNIS Design Center had the blessing of the Temporary Museum for New Design and Danish Craft Council, among others; Takeshi's project, on the other hand, involved some internal electronics and a late-night installation—red flags for New York's finest.) 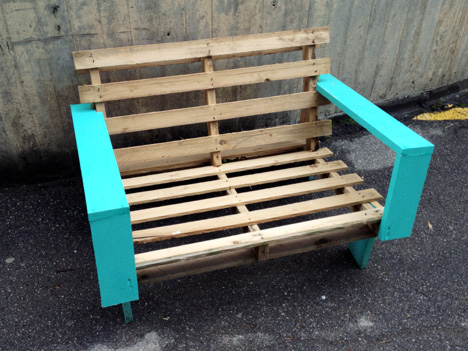 In other words, they hope to translate the same highly public aesthetic experience of graffiti into furniture.

Check the exclusive footage after the jump:

I'd liken it to the anti-establishment spirit of punk rock or the parallel culture of self-produced ’zines, bringing not only a DIY sensibility to making furniture but also executing the concept in full (and in multiples). Thus, the upstarts at Bureau Detours have more or less short-circuited the commercial premise of the furniture fair by condensing their entire operation into a couple hundred square feet, producing and distributing their work on site—giving it away, no less—and effectively democratizing the end product, if not the mode of production itself. 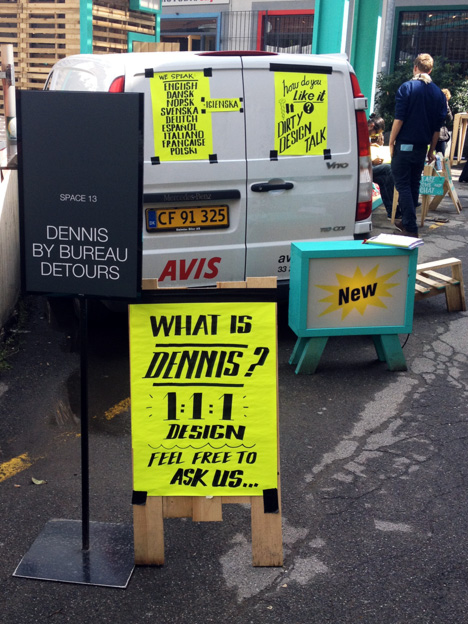 Nevertheless, it's less a political statement than a bunch of young creative-types having fun and having something to show for it. 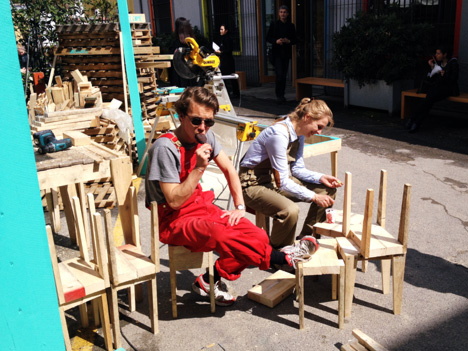 By the last few days of the Salone, DENNIS Design Center's swing was spotted on the heavily-trafficked footbridge to Zona Tortona: 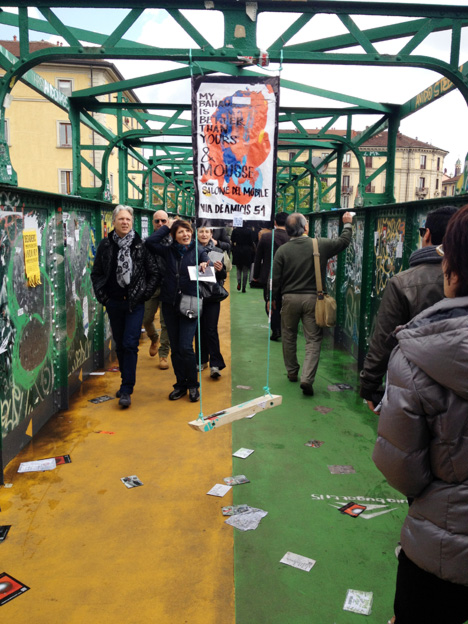 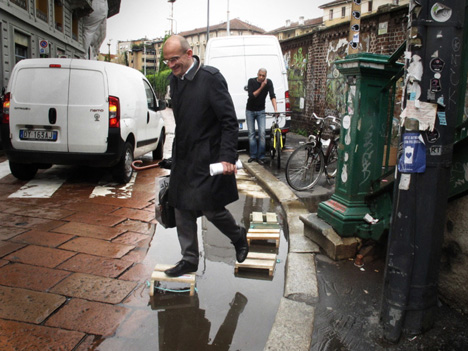 Of course, their first product for Milan (they produced a different article of furniture each day) was a small stool, which was repurposed as a stepping stone at a certain critical junction at the foot of the bridge in Zona Tortona, seen at 2:46 in the clip.

They've also posted several user-submitted images and a couple videos to their site: 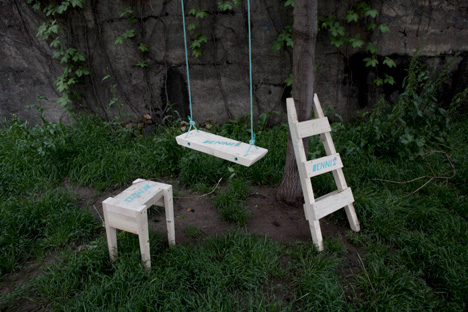 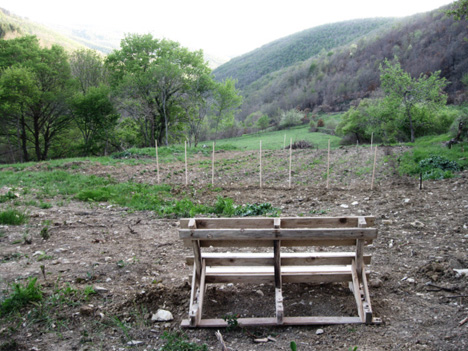 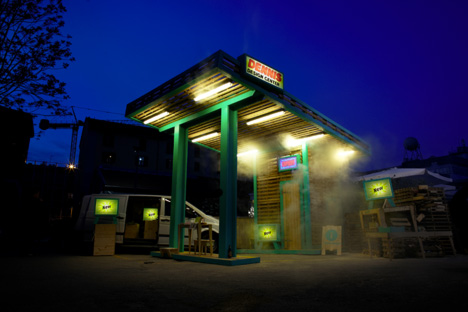