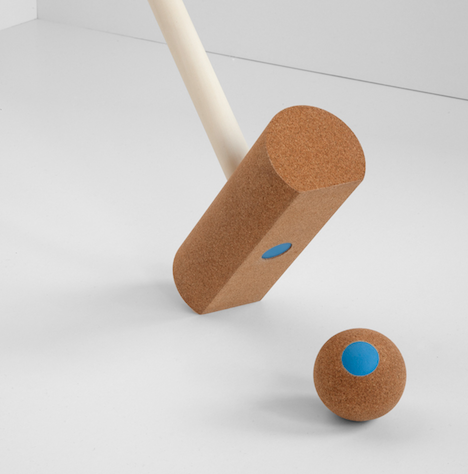 In a charming French accent, Romain Lagrange explained the intricacies of "Gates," his wooden croquet set, to a small gathering that was equally charmed by his design objects on view at WantedDesign. Details like a hand-stitched leather-wrapped handle, a custom-made compressed cork mallet and six sycamore maple gates drive the price of this prototype upwards of $400. It's beautiful, though, and photos scarcely do justice to the truly stunning piece of craftsmanship. Except for the mallets, the entire set—six gates, two stakes and two balls—can be packed up into a tidy little carrying case, complete with a leather strap. 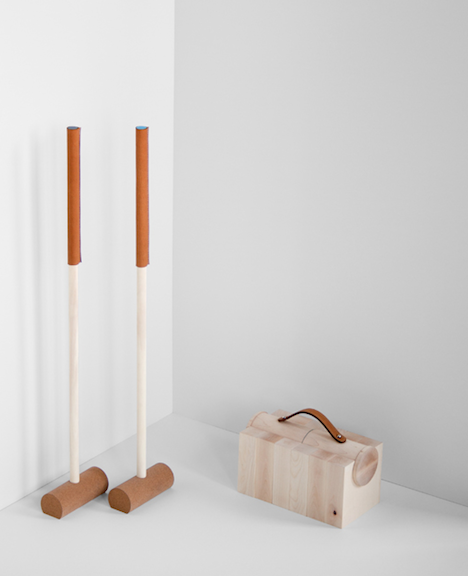 Lagrange decided to remake the croquet set because he felt the traditional game sets were cumbersome with too many parts that were awkward to transport. He also wanted to make the game more accessible by creating an indoor version, a throwback to Louis XIV who liked playing croquet but ultimately gave it up when he couldn't play during the winter months... which makes Lagrange's set fit for a king. 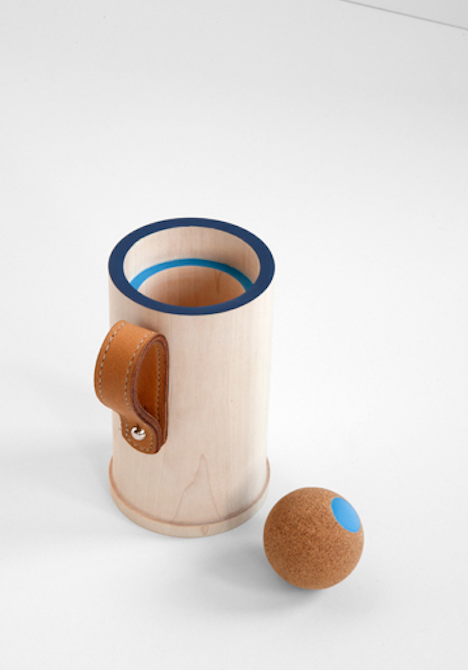 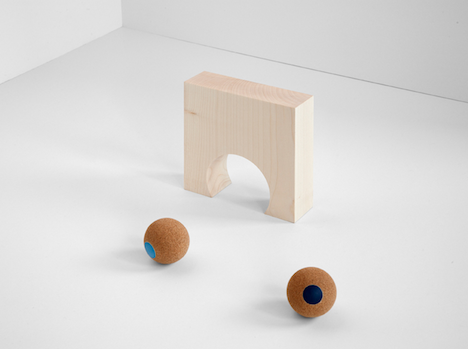 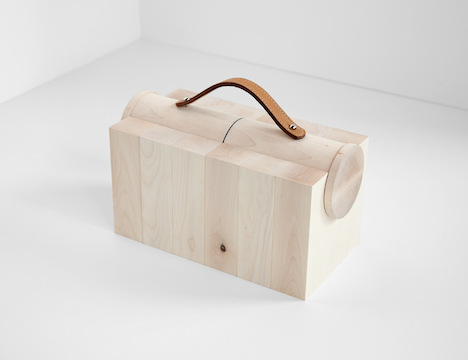