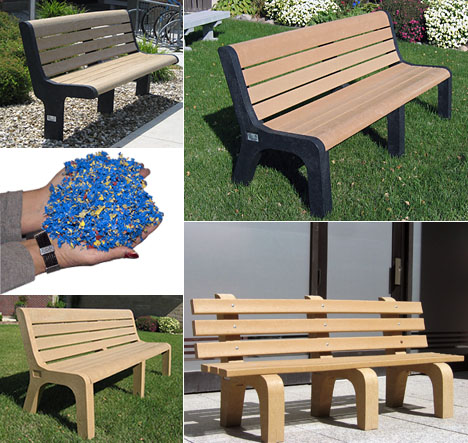 In the '90s I joined a volunteer group one weekend to restore/replace the many park benches lining the median of Allen Street on the Lower East Side. The benches were badly worn, splintered, and had peeling paint, but after our two days of labor our massive volunteer crew had everything ship-shape.

Wood is a terrible material choice for an urban park bench. They don't wear well, they require frequent re-painting and the maintenance costs often require volunteer groups to come to the aid of cash-strapped city departments. But a great two-birds-one-stone alternative is available from companies like Plastic Recycling of Iowa Falls, Inc., which produces benches made from recycled plastic bags.

The benches are durable, do not require painting, and the "boards" don't warp or splinter. You might be surprised to learn that it takes 10,680 plastic shopping bags to make a single bench, but the more plastic bags it eats up, the better. 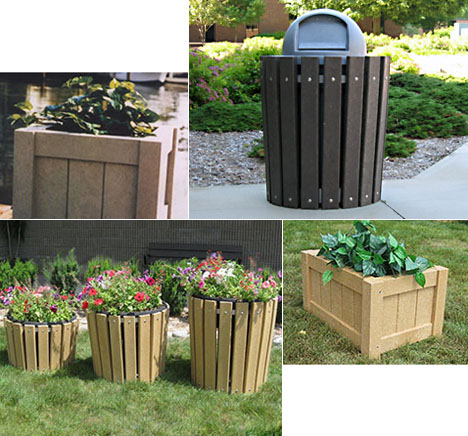 In addition to making seven variants of benches, PRIF also makes picnic tables, planters and trash receptacles, all of the same material, which is 96% plastic bags and 4% coloring additive to make it look like wood. They even sell a wide variety of dimensional "lumber"—2×4s, 4×4s, 3×10s, 6×8s, you name it—that can be cut, drilled and nailed like the real stuff, with the added bonus that you'll never have to paint or reseal the deck/structure/staircase you make out of it. 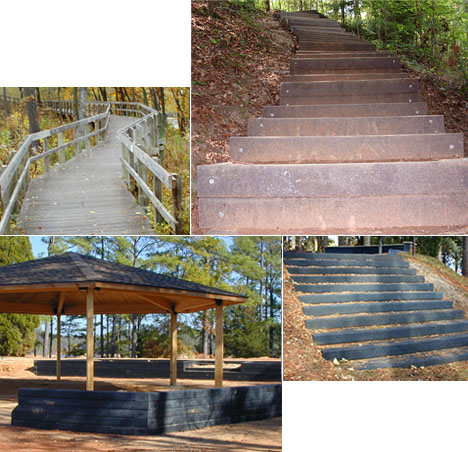 Another area where PRIF, which was founded in 1984, really shines is in their actual production practices. No chemicals are used in their manufacturing processes and all of their scrap plastic comes from local states, reducing transportation emissions and cutting cargo ships out of the raw materials acquisition process entirely. Read more about the company's impressive green credentials here.