As much as I hate to say it, I've heard the term "reclaimed wood" so much recently that it's starting to lose its meaning, perhaps as an inevitable corollary to the buzz surrounding sustainability and increasing demand for transparency... not to mention epiphenomena such as green fatigue.

In any case, Sawkill Lumber Co. is a NYC-based salvage outfit that specializes in that very thing, and based on their recent exhibition for NY Design Week 2012, I must say that they do it right. They partnered with non-profit Brooklyn Woods, Build-It-Green and 3rd Ward to produce 12x12 at WantedDesign, "a juried design event that brought together twelve designers and the lumber of twelve demolished New York City structures, each transforming the scrap woods into exceptional works of contemporary furniture."The city's multi-layered history has been renewed through contemporary design, resulting in unique handcrafted furniture works. The 12 pieces will also be sold in a silent auction over the course of the exhibition and through May 25, 2012. Through Brooklyn Woods, a local non-profit, proceeds will benefit a citywide woodshop training program for low-income and high risk New Yorkers. 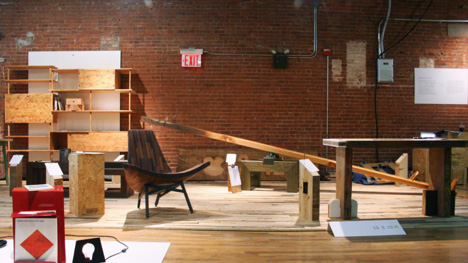 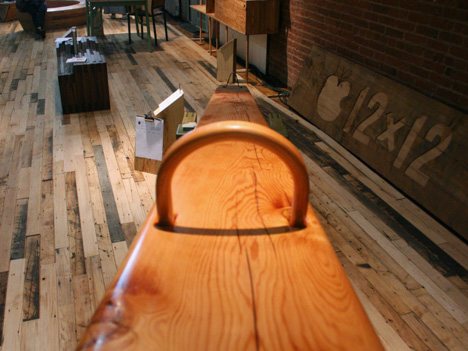 Each piece is listed with the source of its raw material, a dozen fine timbers from four of the five boroughs. 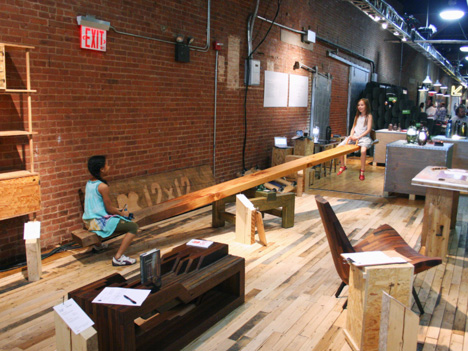 Moderbacher's piece was a crowdpleaser 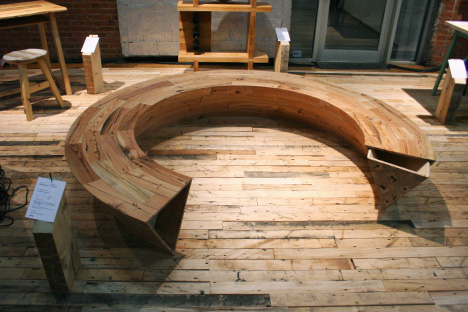 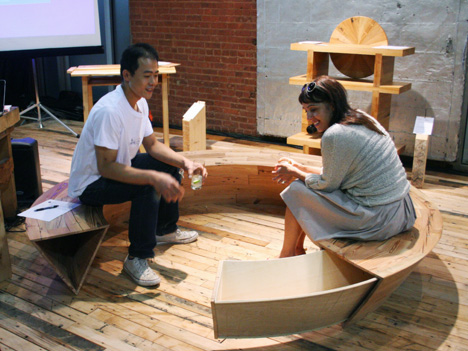 It's hard to tell from the photos, but the drawer slides freely through the length of the circular bench. Suffice it to say that Lim's piece was a real showstopper 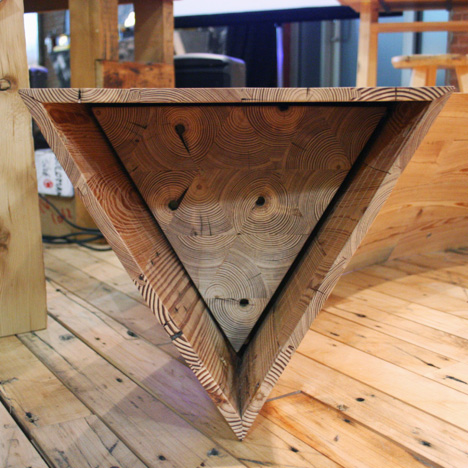 Ten more gems after the jump... 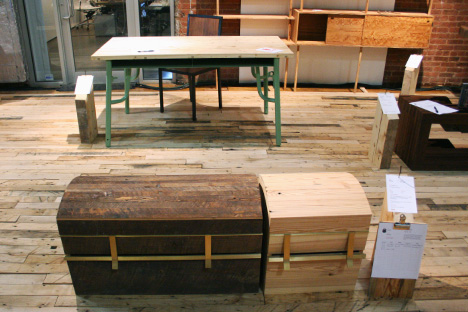 Since I hadn't had time to research the exhibition beforehand, I was pleasantly surprised to run into Karl Zahn and the fellows from Uhuru—who were also among our All City All Stars—at the preview. 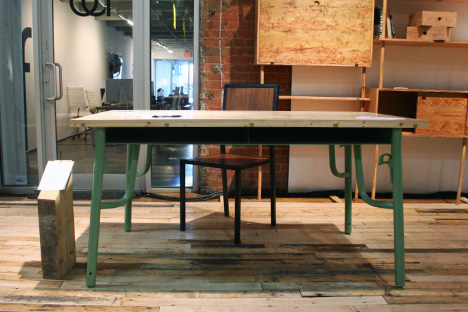 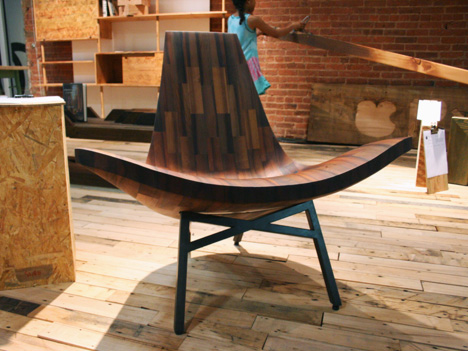 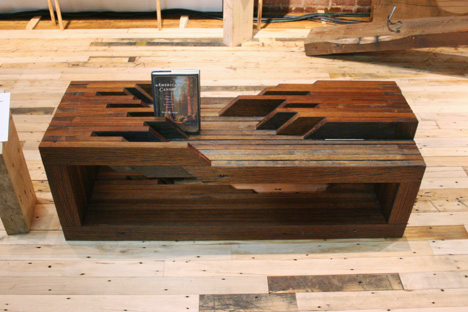 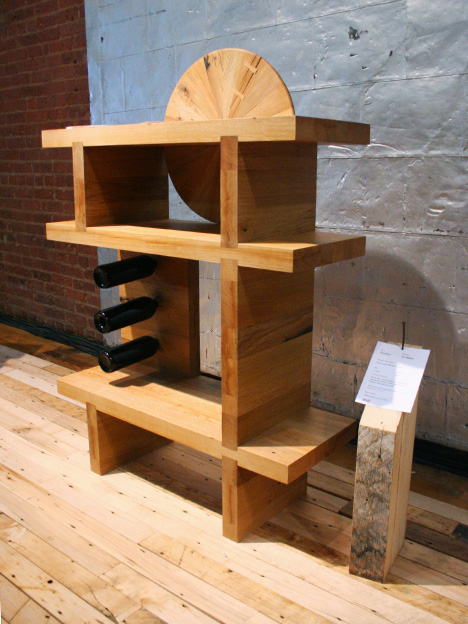 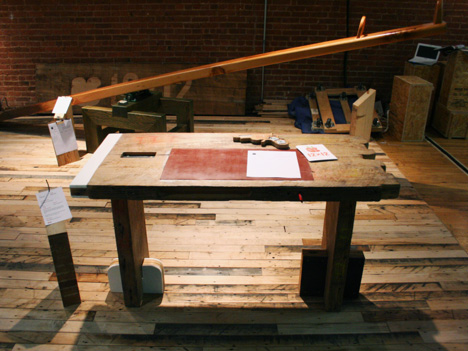 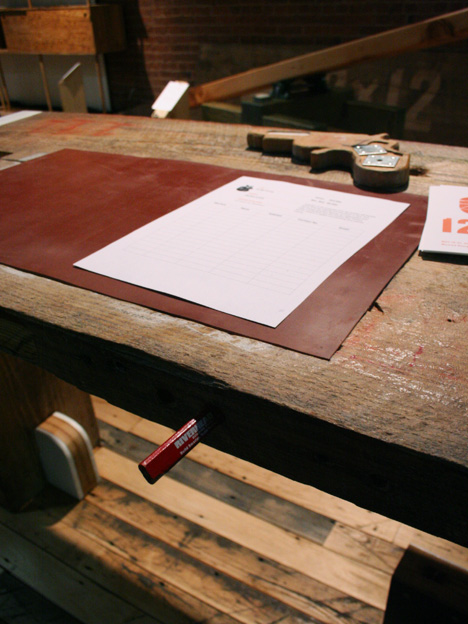 Detail of "Ill Be Leroy" 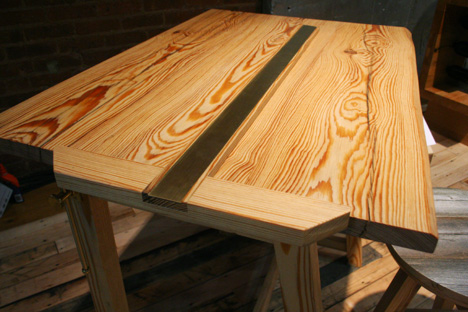 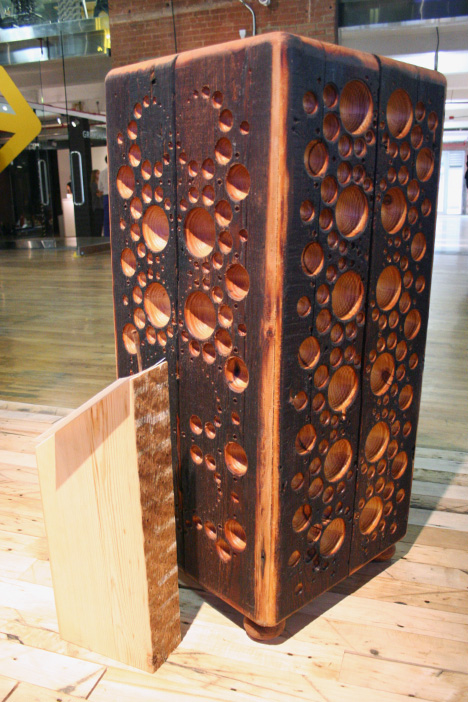 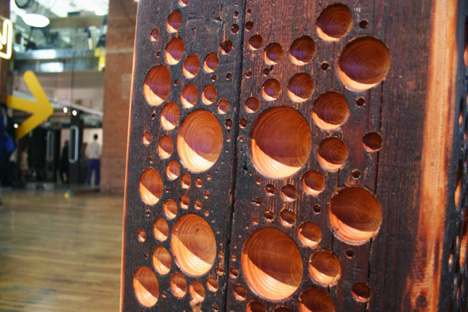 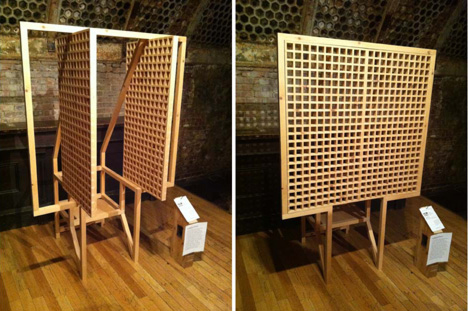 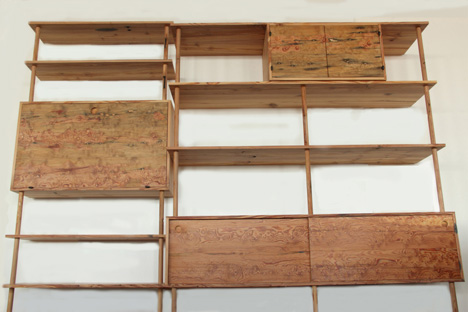