Weird Furniture from the Past: The Three Lives of the Penguin Donkey 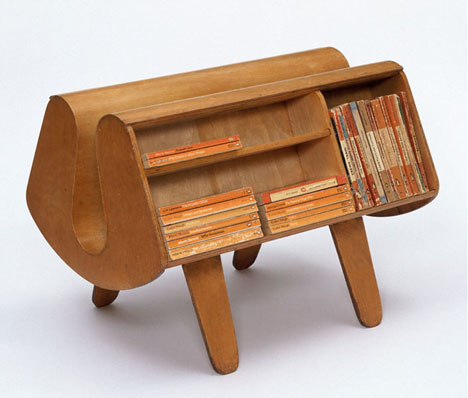 While we often think of the Eameses as the proponent of bent plywood, there were, of course, other people messing around with it at an early stage. One such designer was Egon Riss, a Bauhaus-educated Viennese architected relocated to the UK, who designed the original Penguin Donkey in 1939. 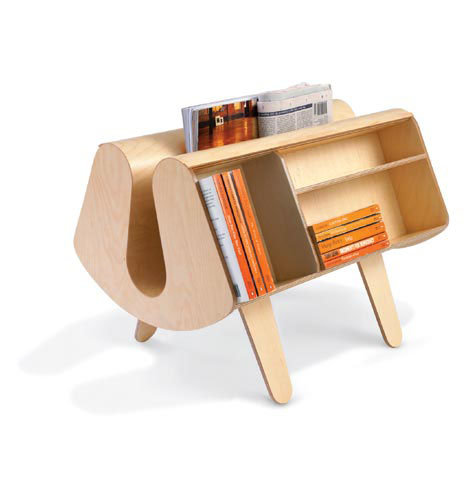 The Penguin Donkey was a rather bizarre, purpose-built piece of furniture commissioned by British publisher Penguin Books. It was intended to hold the relatively new-fangled invention of paperback books, which had been a success in the UK since their emergence four years earlier, in 1935. Placed next to an easy chair, the Donkey could keep stacks of the diminutive books within arm's reach, rather than requiring the reader to scan their library-like shelves for a hardcover to select. And the bentwood-lined channel in the middle could hold larger items like newspapers and magazines.

However, 1939 was a lousy year to launch a product; that year the British soon discovered they had more pressing issues than books and furniture design, and only a small production run was completed before World War II broke out. 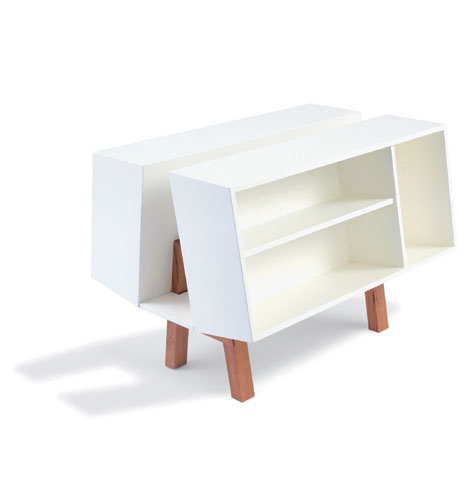 Among other visual differences, the doozie was that it had a flattened top that enabled the entire piece to be used as a sidetable. While you could argue the thing was no less weird-looking than its predecessor, I personally find this version rather ugly.In 2003 the Penguin Donkey saw a third iteration, this time designed by the London-based design duo of Shin and Tomoko Azumi. 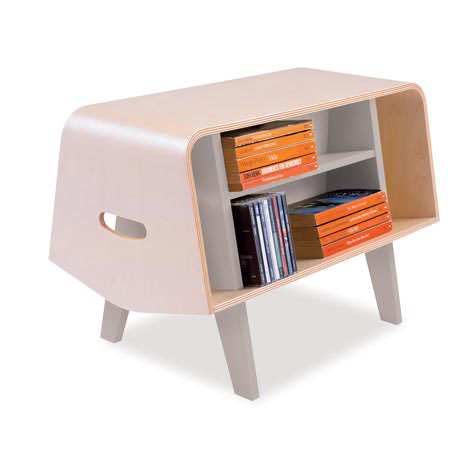 As a sign of the times, the newspaper/magazine slot was relegated to a pass-through slot on the side, closing off the tabletop and giving it full functionality; the lower shelf was sized to hold then-relevant compact discs; and cutout handles were added to either side, that the user might more conveniently move the piece around our ever-shifting, flexible-use apartments.

Today all three versions of the Penguin Donkey are still being manufactured, and are currently sold under license by global furniture retailer 20/21.

Weird Furniture from the Past: The Three Lives of the Penguin Donkey