The Nesting, Stacking and Flattening Designs of Christian Desile 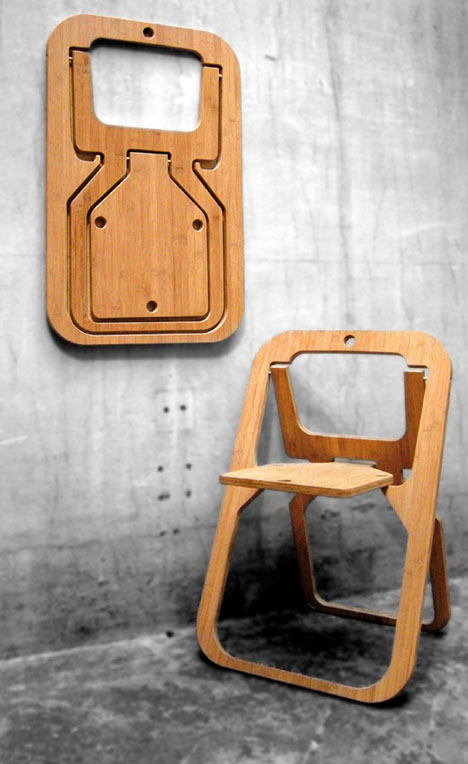 Fascinated with geometry, the French visual artist and photographer Christian Desile eventually began creating furniture. His Desile chair, above, caused quite the stir at Paris' 2009 Maison & Objet show; the designer seemingly came out of nowhere to win the Coup de Coeur award. The bamboo version above is intended for indoor use, whereas the outdoor version below is produced from recycled PET plastic, and is itself 100% recycleable. 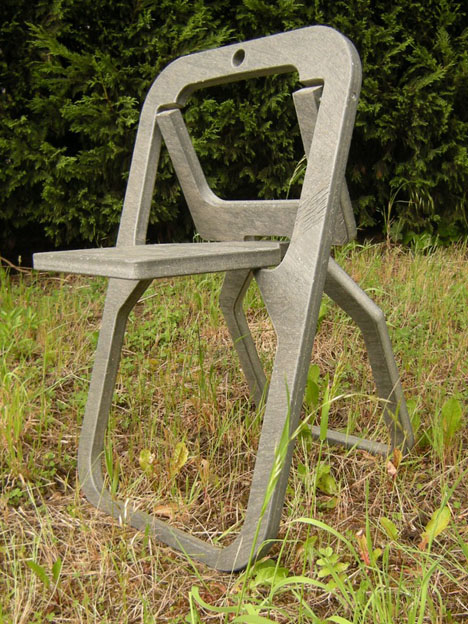 Since then press on the man has been quiet, but a look at his book reveals Desile has a lot more in him than just one chair.

The chair's cousin, the Desile table, folds flat and can be cut from a single piece: 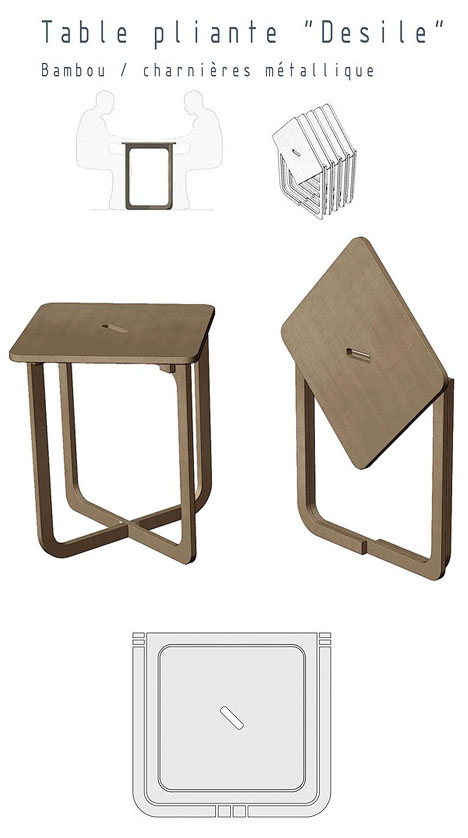 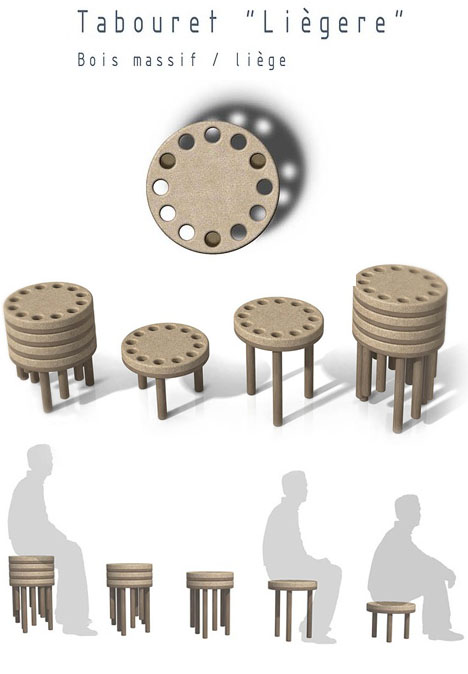 The 0123 stacking chairs use a similar trick: 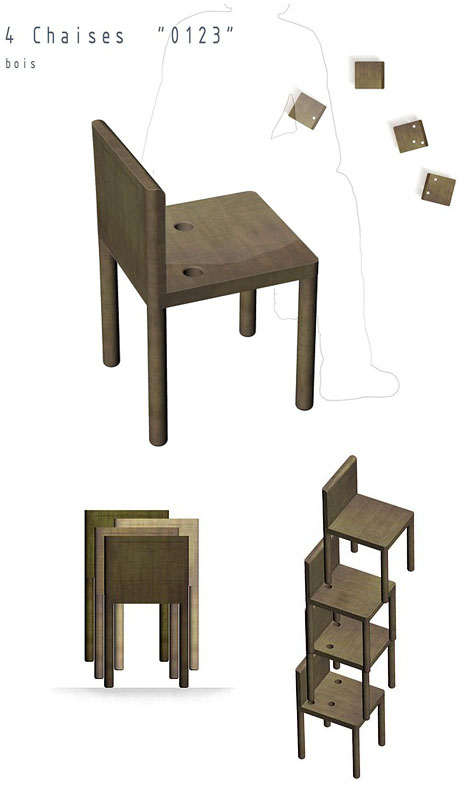 The Encoches coat tree consists of a shaft with slots cut into it, and filled with shaped shims:

His modular Ell shelves are similar to Juan Pablo Quinteros' L-Shelf, though of course it's impossible to say whose was first:

Lastly, his Zed modular shelving unit is something like Expedit meets Tetris:

The Nesting, Stacking and Flattening Designs of Christian Desile