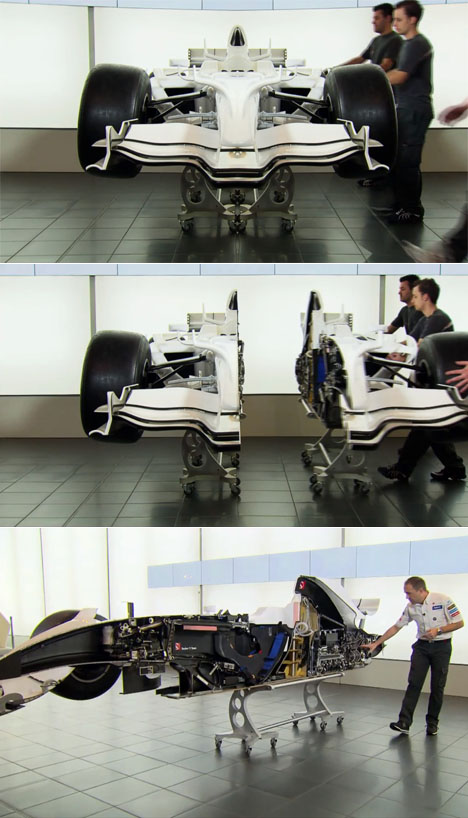 I prize my hard-won skill, from all the bridal showers I worked in my restaurant days, to cut a cake perfectly in half. But the guys at the Sauber Formula One racing team have vivisected a decidedly more complicated object: One of their F1 cars, which reportedly took them two years to slice. (It also may have taken that long because they were not able to find a driver also willing to be cut in half.) 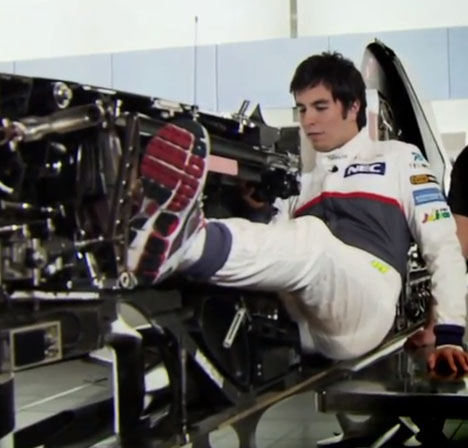 In the following video they show you just how tightly all of the various components are stuffed in there, and go over some design/engineering tricks like placing horizontal baffles in the fuel tank. (If the fluids slosh around too much during high-G maneuvers, it will throw off the vehicle's balance; the baffles work with gravity to keep the weight down low.) It's a bit frustrating that there is no long, lingering shot that lets you really study the cutaway, but it's one of those things where we'd rather see a little than nothing at all.