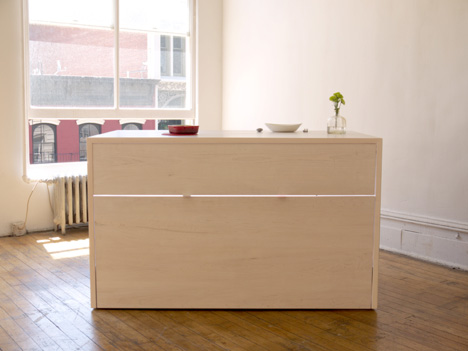 Almost exactly a month ago, we had the opportunity to visit the studio of Peter Buley (a.k.a. Analog Modern), where he was working on a second iteration of a concept that he first explored in 2010. Model Citizens NYC saw the debut of the Hydroponic Kitchen Island Mk.II.This kitchen island grows culinary herbs right in your kitchen. The solid maple mitered frame is bleached and then whitewashed. Two stand alone ebb and flow hydroponic systems are nested in a cedar drawer system directly under two LED and two T5 High-output CFL grow lights. 60W × 33D × 36H. Custom iterations are available upon request. 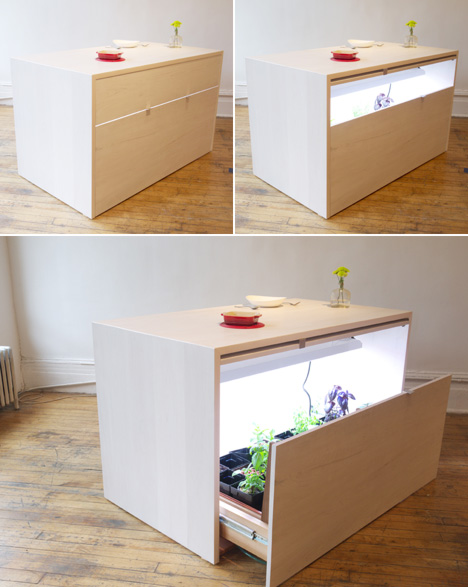 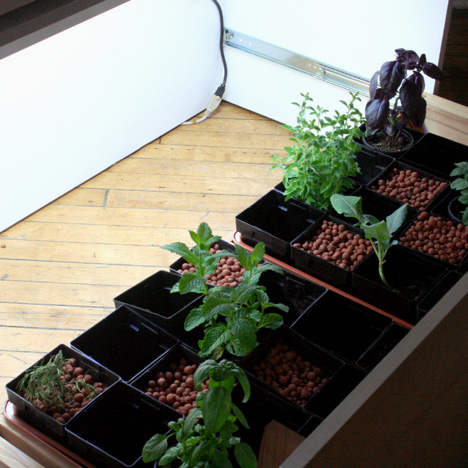 The new island takes the original idea in a somewhat different direction: in contrast to the worktable aesthetic of the first version, the 2012 model is rather more understated, both in terms of the softer finish and the fully concealed hydroponic system. 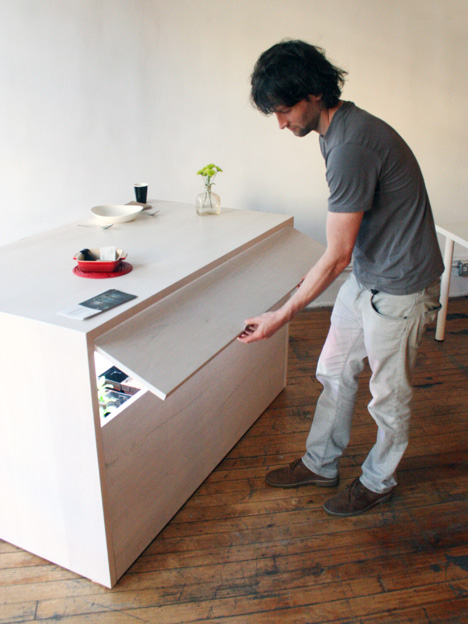 Granted, the Hydroponic Kitchen Island has a fairly large footprint, so it might not be practical in those kitchens that barely accommodate the standard appliances... and discrete though it may be, it's only intended for garden-variety herbs.