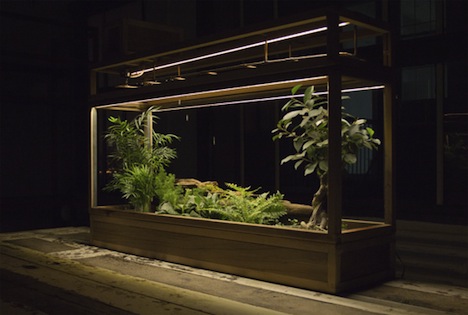 When Frederick Law Olmstead developed his vision for Central Park in 1857, he was inspired by the picturesque and privately owned gardens he had visited in England and France, vast greenery that was at once organic and controlled. The New York City park was revolutionary for the time as it was a public space where all people could enjoy the virtues of nature, despite social standing. Today, New Yorkers are still looking for ways to commune with nature and creatively imbue the city scale with greenery, stacking plant life on top of man-made structures like the Highline, rooftop farming or yesterday's news about kitchen island hydroponics. 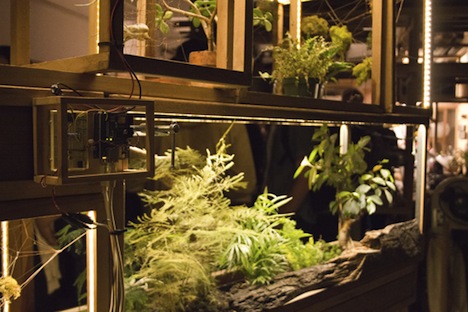 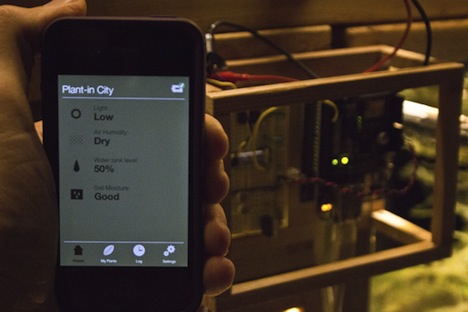 Then comes the Plant-in City art installation, developed by a collaboration of NY architects, designers, and developers. The handsome terrariums made of cedar frames, copper pipes for water, digital sensors, and integrated lighting bring picturesque gardens into your home or office. The Plant-in collaboration contains the sense of park in your private space, the lighting and boxed frames lend themselves to punctuating the vitality of living plants, much like a still life. The boxes are equal parts art, science experiment, and high design. Huy Bui of HB Collaborative says that he and his partners, Med44, in the Plant-in City project spend a lot of time indoors surrounded by technology and hardware and were "looking for an opposing force to balance all of that and considered creating a living wall." The wooden blocks are based off a grid with one-, two-, and four-foot increments. The idea is that the blocks can be stacked to create walls or used as individual pieces of art. The basic design of it can be implemented outdoors on a large scale as well as within a living room. Carlos Gomez de Llarena, a media architect from Med44, says that Plant-it City was inspired by the Internet of Things as well as Archigram's Plug-in City, where mega structures of capsules for living could be grown on demand. The Plant-it project's namesake is in honor of this concept. He says, "our project makes it possible to have a miniature Highline Park in a loft." That is, distilling the diverse qualities of a park in capsule form.

The Plant-in City is in the prototype stage with Bui and collaborators raising seed money with a Kickstarter campaign. The simple stacking frames have huge potential for urban dwellers. Imagine the MoMA or a gallery space being filled with the boxes, a loft patio space lined by them, or home chefs growing their favorite herbs, the possibilities are endless. Much like the creative visions of Olmstead centuries ago, NYC architects and designers are coming together to create beautiful and clever solutions for green living and can be used by the population at-large. Gomez de Llarena says, "We want to build bionic plant furnishings for the information age." 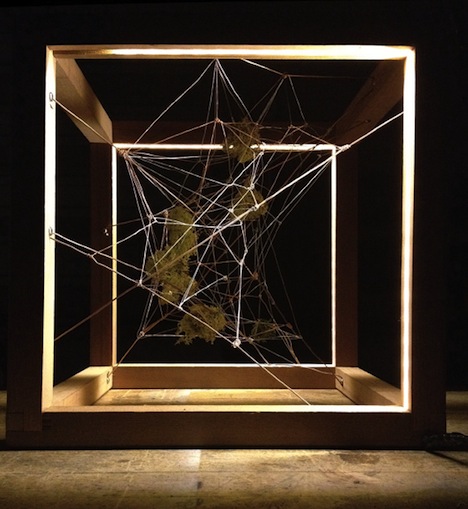