Things That Look Like Other Things: Curb Your Lamp 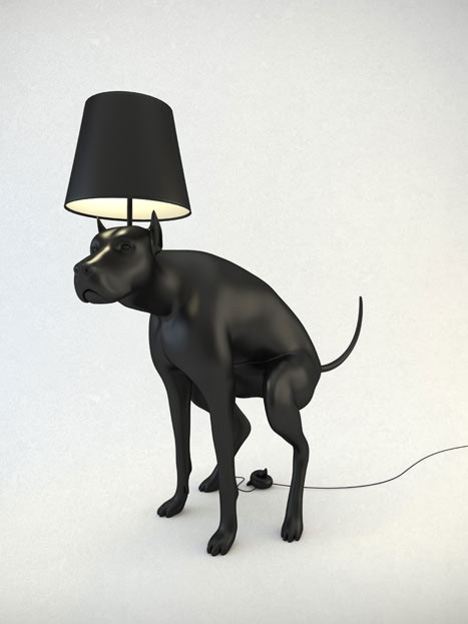 Seb, a.k.a. Whatshisname, is pleased to present a pair of lamps—the "Good Puppy" table lamp and its big brother "Good Boy"—that are more or less self-explanatory. (Hint: they're controlled via footswitch... and the designer notes that the "puppy is in its natural pose, looking around with a bit of surprise on her face.") 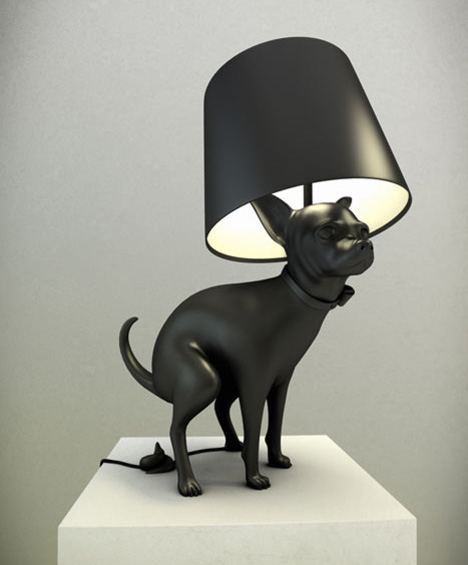 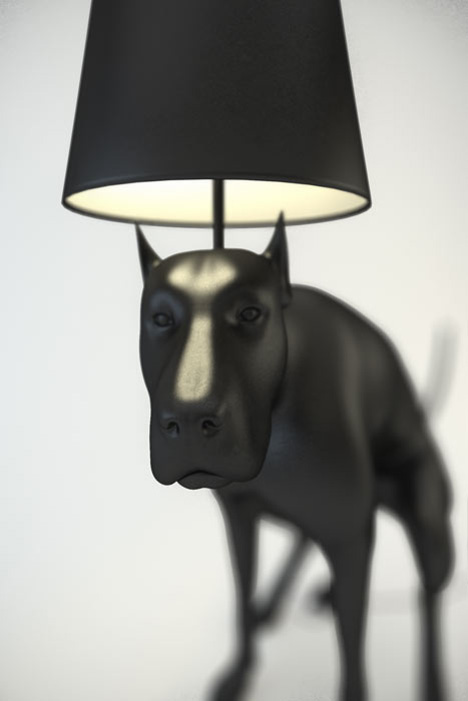 Although "both lamps were supposed to be part of London's the Art Below exhibition on London Underground stations, they were banned by London Underground due to being offensive." (Perhaps a particularly snarky autocrat was so turned off by the notion that he saw fit to poo-poo the idea with a pithy "No can do.") 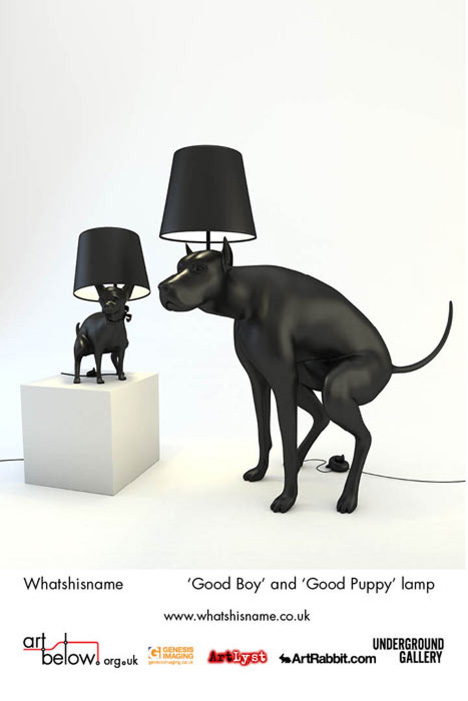 Well, at least it's not things that smell like other things (or things that feel like stepping other things)—and considering that the "Good Puppy" is a table lamp, you'll have to tap that on/off switch with your hand... plastic bag optional.

Things That Look Like Other Things: Curb Your Lamp