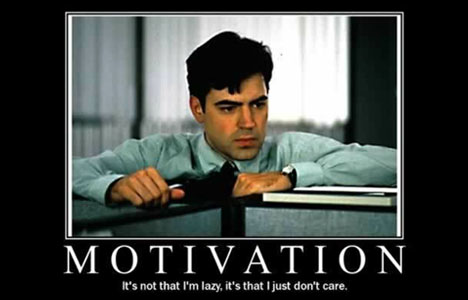 Watching last month's meteoric funding spike for Alerta's Pebble Smartwatch you no doubt caught your inner voice asking: Could I do that? The weekend of April 21st—as the project rocketed from roughly $3 million to $4.5 million and on to approximately $7 million by week's end—what was truly impressive wasn't that Alerta's ask was for a mere $100K, but rather that the project still had a 30-day drive left to go. As the funding surpassed $8 million then $9 million with little sign of abating, the blogosphere frothed with the predictable range of rants, encouragements and forebodings.

Ultimately the project raised $10.3 million—impressive coin to be sure.

Coming on the heels of last year's TikTok/LunaTik story—which earned a then impressive $950K, the Pebble story raises a slew of questions for any designer with even the most modest entrepreneurial urge. While the signs have been out there for a while, crowdfunding is now indisputably hitting its stride—and its impact on design, and culture at large, is something all of us should be taking note of.

Everywhere one looks, whether it's the recent purchase of Instagram for $1billion, Facebook's mid-May IPO, Kickstarter success stories like Alerta's, or the simple fact that every other business article today seems written by, for or about some start-up founder—entrepreneurial fever is in full effect. The slow-breaking realization of this fact got me reflecting on some longstanding opinions I'd held tightly to over the years. Historically, when asked for career advice, I've regularly encouraged young designers to get some consulting experience in under their belts before considering a stint in corporate. My logic being, you'll learn a lot, get stress-tested, work a variety of projects and come out the other side with some strong skills, good time management practices and a surer sense of what really matters to you. To this I'd usually reflect for a beat on my own corporate experience and add a bit about consulting being a sprint and corporate being a marathon. And for years that advice felt fairly legitimate.

Today, I don't know if that advice still holds true.

In a landscape of long odds, the chance to be an active agent for change in your own life wins out over being a bit player in a narrative of stasis.

Four years of mediocre economic performance served up with partisan bickering in Washington and stock price leadership in the boardroom has created what I imagine must add up to a rather un-inspiring 'now' for design school graduates. The majors, with a handful of exceptions, have proven they are either devoid of new ideas, or worse, have lost the will to gamble on them. Instead they sink millions into acquisitions and legal fees in an attempt to better position themselves in a seemingly endless game of patent collecting; a tightly scripted play in which building and creating takes a very public back seat to defensive maneuvering.Contrast that picture with the appeal and purpose of start-up culture, by which I mean the broadest possible spirit of entrepreneurial 'get up and go/make it-happen' culture. True, overnight success has a much longer ramp-up than most of us (or the media) care to admit, but none of this dampens the attractiveness of that narrative. Why? Because action attracts; because in a landscape of long odds, the chance to be an active agent for change in your own life wins out over being a bit player in a narrative of stasis. Beyond the allure of a big pay off, an event like Alerta's funding drive makes clear that there is an awful lot of opportunity off-radar from the majors and well below the spectrum of traditional VC funding. Whatever their original intention, crowdfunding sites are quickly becoming the de facto financing model for the mainstream entrepreneur.

So if you are in design school and about to graduate, you now have a very credible 3rd option on the table: consulting gig, corporate job or Kickstarter enabled gap year. And this last option, under the right circumstances, can offer recent grads an invaluable tutorial in full throttle product development; a stint that regardless of outcome, may well prove invaluable later in their careers. So much so, I find myself wondering why design education isn't doing more to co-opt crowdfunded design efforts into their curriculums? Even if an idea should tank or receive only a lukewarm response, a run-up on Kickstarter offers students an experience packed with valuable lessons in marketing, production and order fulfillment. On the flip side, should their idea prove to be gold, they just might find their path forward taking shape in front of them.

Critics will say that success on Kickstarter or other crowdfunding sites does not a business make—and that's true. But the value of crowdfunding doesn't lay in jumpstarting the next Facebook or Apple, or even the next Pebble watch—it's more modest than that. By dramatically lowering the cost of entry and making the idea of entrepreneurship accessible, Kickstarter and similar sites are attracting a generation back to the type of small and medium production that once helped define our economic success in an era before IPOs and Wall Street valuations became our only measures. What's more, by engaging participants through passion and interest, crowdfunding reminds us that the journey toward success doesn't start with a guarantee, it starts with doing. If we're at all honest in our desire to get the economy moving again, we've got to stop thinking about business in terms of the 'big' idea, the billion-dollar payday; that road leads to indecision, missed opportunities and regret. If we can bring our sights back down to earth and school a generation of entrepreneurs on the escalator of returns crowdfunding so elegantly creates, we may well end up with a future business culture that pursues value creation out of passion rather than profit alone.

Design organizations need to get serious about appropriating the appeal of this new entrepreneurialism into their operations or risk committing themselves to long term disadvantage.

What does all this renewed focus on entrepreneurship mean for design, for consulting firms as well as corporate groups? Well, that depends on where you sit. For consultants it means a growing new pool of potential patrons and work partners. For corporate groups, it means new strategies and sources of competition. For both it represents a significant rival for talent. Design, from a human resource perspective, has always been a business about talent—attracting it, developing it and keeping it. For decades one of the chief benefits organizations (design or otherwise) extended to talent was predictable access to opportunity and capital; the chance to work and the resources to fund that work. But today those benefits find themselves subject to a strange set of circumstances. Inside organizations access to them is ever more tightly constrained and monitored while outside the organization developments like crowdfunding and shifts in consumer behavior are radically challenging how funding occurs while authoring entirely new opportunities for products and services. Complicating this state of affairs is a marketplace defined by accelerating waves of disruption that consistently catch large organizations off-guard or, at the very least, ill prepared. In contrast, the start-up not only finds purpose in capitalizing on these disruptions—it offers talent similar benefits of opportunity while extending a laser-like sense of purpose. A prospect, which when coupled with the potential of financial reward, often overrides concerns about job security. Net effect, for a generation weaned on hacker culture, DIY projects, Maker Faire and the like—starts-ups present themselves as business without bureaucracy. The combination is not new; start-ups have been claiming talent for years. What is new is our cultural circumstance. Against a backdrop of chronic job insecurity, this new entrepreneurism may be as much a strategy of self-preservation as it is an expression of autonomy and optimism. Whether to attract the best employees or better prepare themselves against an uncertain future, design organizations (like all businesses) need to get serious about appropriating the appeal of this new entrepreneurialism into their operations or risk committing themselves to long term disadvantage. Talent needs a reason to believe; a sense of organizational purpose that connects legitimately with today's values, ones that go beyond financial compensation and address factors of social benefit and cultural relevance. What's the first step? Take a page from start-up cultures: stop asking staff to think like owners and start tapping into the vast reservoir of ideas and energies that comes from treating them like owners. If, as Daniel Pink famously asserted in Drive, the motivators of the 21st century workforce are autonomy, mastery, and purpose—why the hell wouldn't we?

Post Script: for more discussion on how crowd funding and crowd sourcing are impacting design cultures check out these two links, here and here for a video discussion with Yancey Strickler of Kickstarter, Ben Kaufman of Quirky, Scott Wilson of MNML and Tom Gerhardt of Studio Neat from IDSA's 2011 International Conference in New Orleans.