Glad I Didn't Have to CAD: Nikon SLR Skeletons

If you're an industrial designer, you're generally emboldened to take a broken object, piece of furniture, or appliance apart in an effort to fix whatever's wrong with it inside. Because since you know how plastic, wood and metal pieces can be joined, you can generally figure out how to separate them. There's always that fear, as you slide a flathead down a parting line, that you're going to hear that dreaded SNAP of a plastic tab, but you get over it.

However, we all have our own personal spectrums ranging from "I'd totally take that thing apart" to "I wouldn't touch that thing in a million years." It's safe to say I've found my complexity threshold by looking at these photos of the magnesium skeletons of Nikon SLRs floating around the interwebs. If I had one of these and it broke, I'd reach for my phone, not the toolbox.

Props to whatever design team had to CAD these bad boys up.

The sheer amount of attachment points on the D700s, D800s and D7000s shown here is staggering. 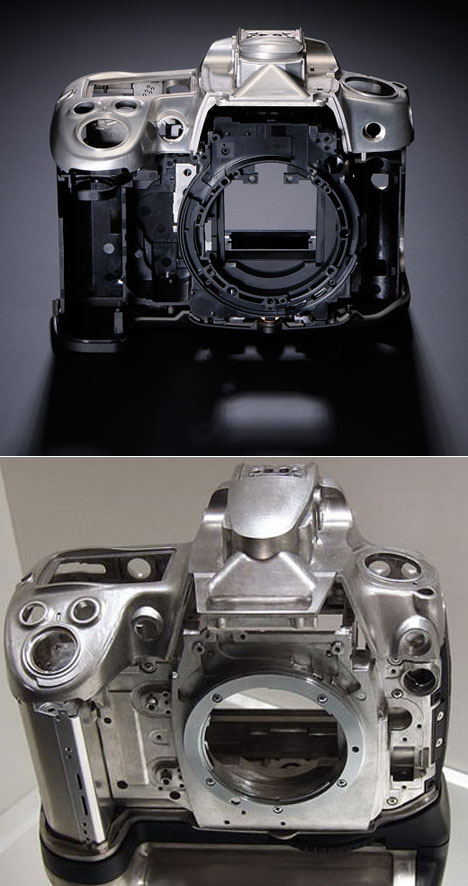 And after looking at them for too long, I'm suddenly motivated to travel back in time and kill John Connor.

Glad I Didn't Have to CAD: Nikon SLR Skeletons