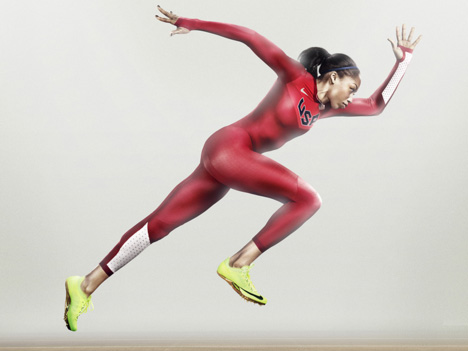 Nike is pleased to unveil the Olympic uniforms for the US Track & Field team, featuring a number of technological innovations based on new developments in sports science research and testing. While we've already had a look at Flyknit technology, Nike announced that the lightweight footwear will be paired with new track apparel, developed as part of the Nike Swift research program. 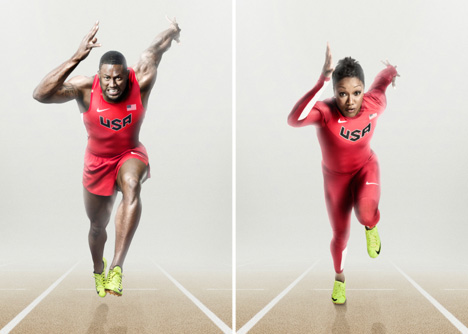 They've continually refined and streamlined the bodysuits, including proprietary features such as the 'golf ball dimples,' which date back to '08:Just as a golf ball's dimples are designed to help it go farther and faster, NIKE uses a similar idea to help reduce the aerodynamic drag of the athlete. Using revolutionary Nike AeroSwift technology, patterns and surface architectures informed directly by wind tunnel data are strategically placed on key areas of the athlete's form. The result offers the greatest aerodynamic drag reduction of any NIKE uniform to date. 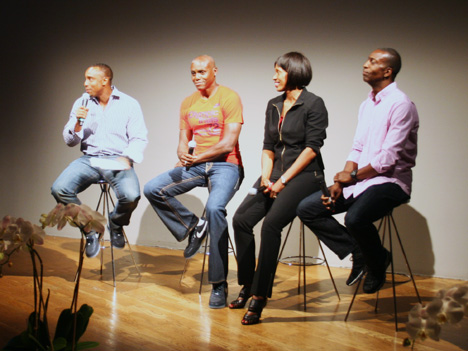 They also look pretty sharp, as Olympians Carl Lewis, Jackie Joyner-Kersee and Michael Johnson noted at the press event last night. The trio—who have 20 Olympic medals between them, many of them gold—all agreed that good apparel can instill a bit of extra confidence, not least when emblazoned with the colors and symbols of a nation. 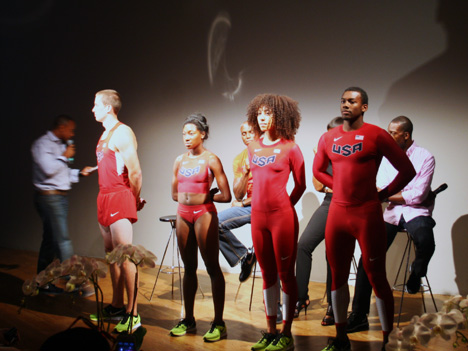 In the video below, Lotti goes into more detail about the Flyknit Racer Shoe—Nike's most environmentally-friendly shoe in it's design history. The shoe is 19% lighter than the previous racer. Lotti shares that considering the 40,000 steps a runner takes in a marathon, the saved weight can add up to a whole ton. 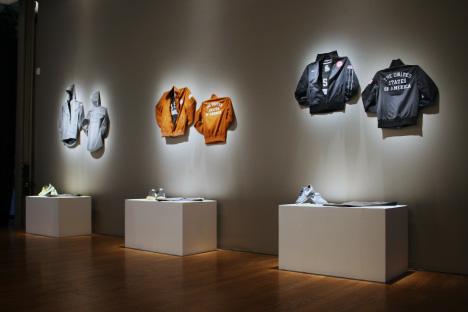 The performance gear was unveiled alongside the Medal Stand collection, a capsule of three more casual apparel for athletes on the podium. Finding inspiration in "classic American forms: from workwear and pick-up trucks to astronaut suits and sports cars," the design team combined classic Nike silhouettes with new materials and Olympic-specific detailing to create several different looks. 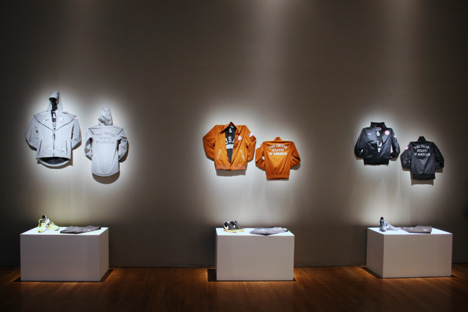 The windrunner (far left) features Vapor Flash technology, which appears white when subjected to a flashbulb—thus, American athletes will stand out even among their fellow medalists, leaving a signature afterimage courtesy of the designers in Beaverton, OR. 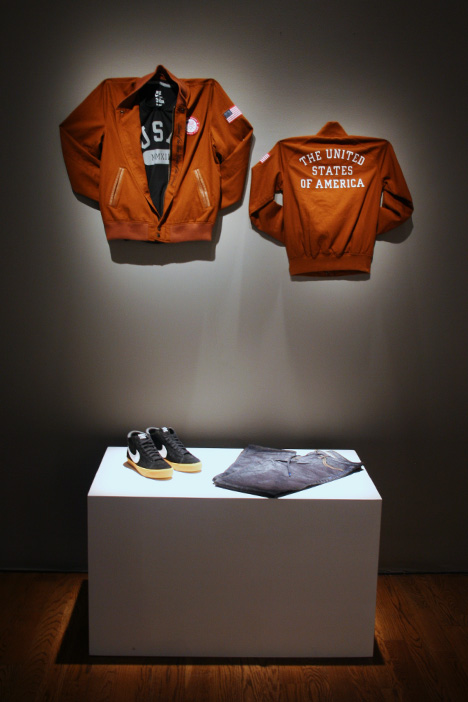 The second look is a subtle nod to workwear, albeit with a more contemporary cut 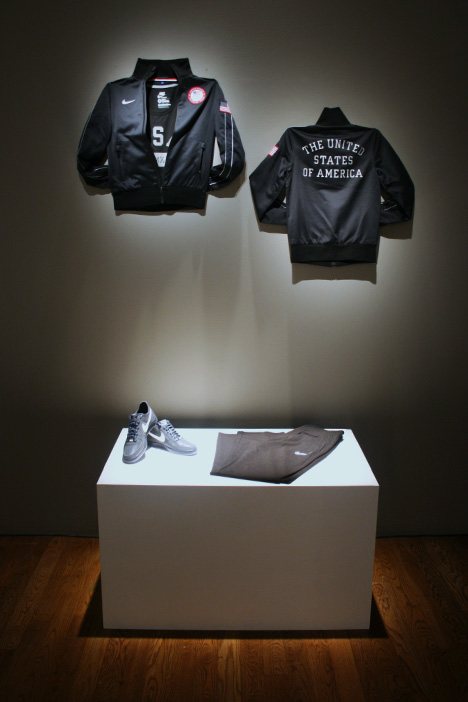 The classic tracksuit features a standup collar and reflective piping 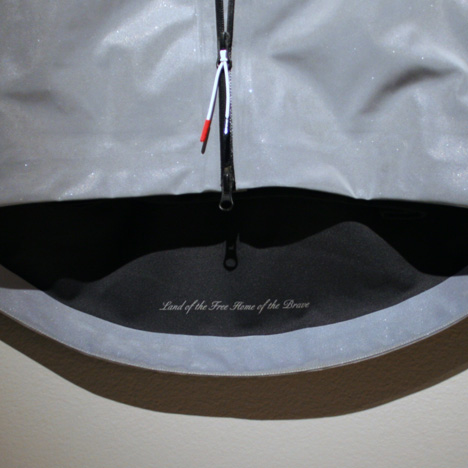 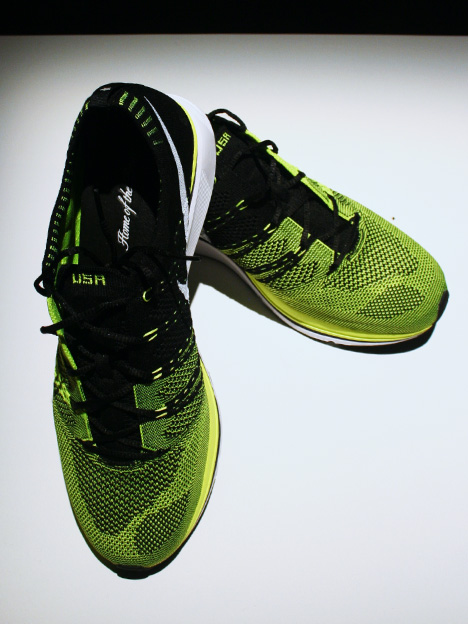