From Handbag to Handlebar Bag (and Back Again) 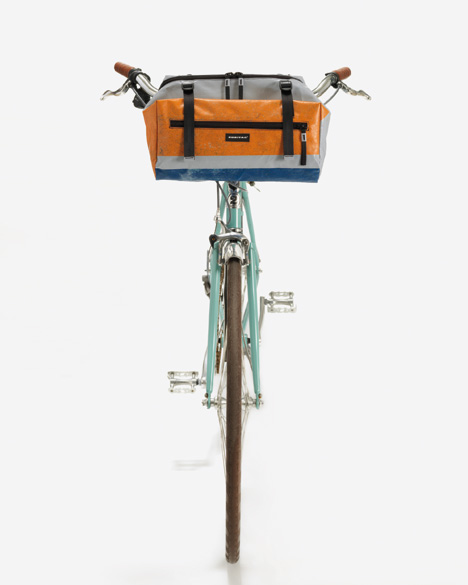 The upcycled-truck-tarp aesthetic doesn't match the rustic ye-olde charm of F&Y handlebars as well as, say, the "Victoria" saddle bag, but Freitag's new F60 "Joan" bag certainly won't look bad when strapped to 'em. Which is to say that the handbag is a rather more practical cycling accessory, not unlike the recently-seen InCOG multitool (it's probably not a coincidence that they're both mounted on/in the handlebars). 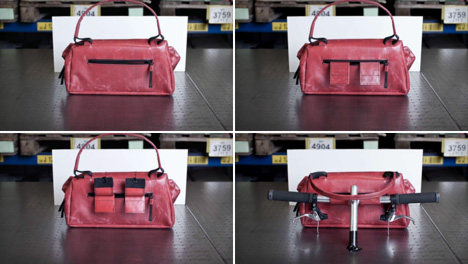 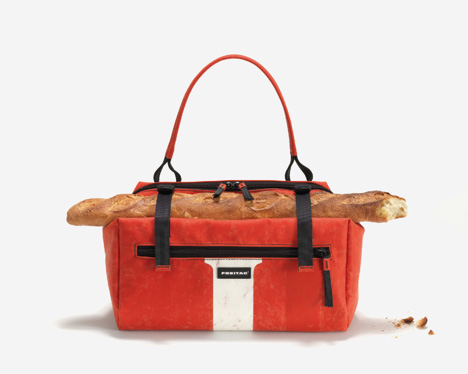 Not only is the F60 convertible, it's also expandable, and fellow cyclists will certainly appreciate details like the exterior straps for oversize cargo—the water resistant materials and sturdy construction go without saying.

As you might have guessed, Freitag is marketing the F60 (and a new tote, the F61) towards women, but—as the promo video, after the jump, shows—it's a unisex bag... at least when it's on a bike. Not to be taken seriously is one of the worst things that can happen to a person. Now imagine that this has been the burden of over half of the worlds female population. For ages. Which is why we give you a small nudge to start a new wave of feminism: Introducing a series of women's bags with F60 JOAN and F61 BETTY.... 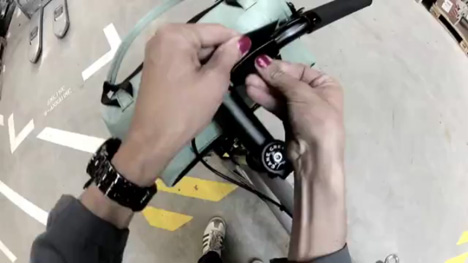 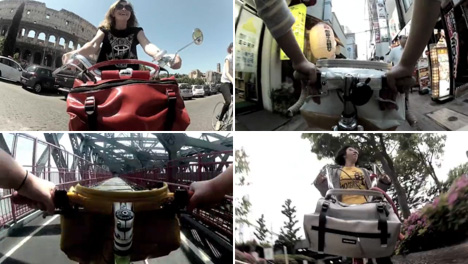 The bag is available now for $210 on the Freitag website.

From Handbag to Handlebar Bag (and Back Again)