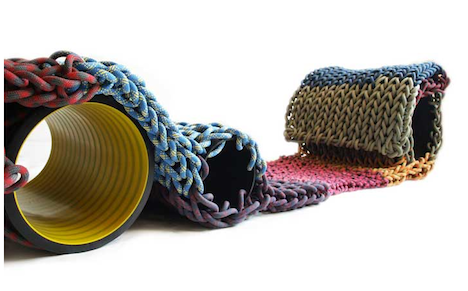 Less than a dozen universities were invited to participate in DMY this year. Among them was Hochschule Rosenheim, better known to us English-speakers as The University of Applied Sciences in Rosenheim, which lies in Bavaria just a half hour's drive from Munich. Given its proximity to the Alps, hiking is a major part of the culture there. One unexpected side effect of all that hiking is heaps of used climbing rope. So Angelika Hess, a student at Hochschule's Interior Architecture program, decided to create a furniture system that made use of all that leftover rope. The result is Seilfaktur, which is literally German for rope-invoice, but I think something got lost in translation there. 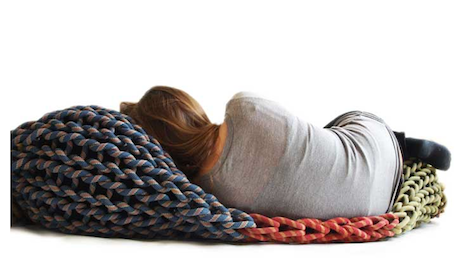 The Seilfaktur collection consists of three product lines, Liesl, Seilschaft and Betthupferl. Liesl is a double-thick knitted form that's basically a long sock into which Hess has stuffed soft, ball-shaped forms as cushions. Seilschaft takes the idea one step further and adds large sections of PVC pipe for support. The pipe size and configurations can be modified for lounging or for more upright seating and storage. For Betthupferl, the lighting system, Hess has strung electrical wiring and a bendable metal support through the rope to create spiraled, free-standing lamp bases.

Close-up, the thick knitted patterns are quite beautiful, and they're actually comfy too. I can think of all sorts of applications for this system. Not just college dorms and common spaces, but professional offices are steadily incorporating softer, more relaxed seating elements into communal lounge areas. 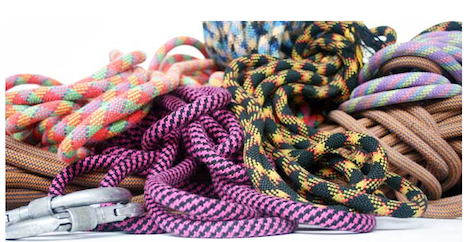 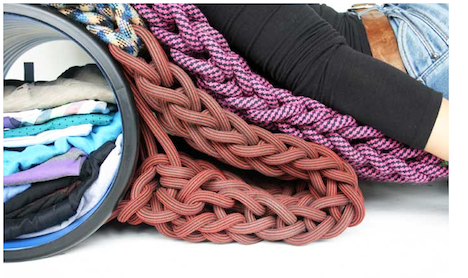 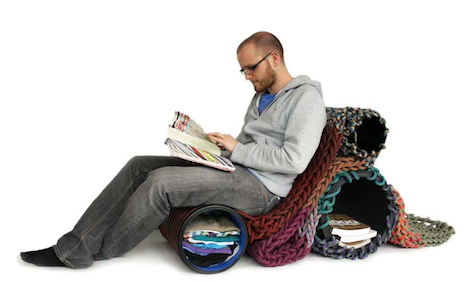 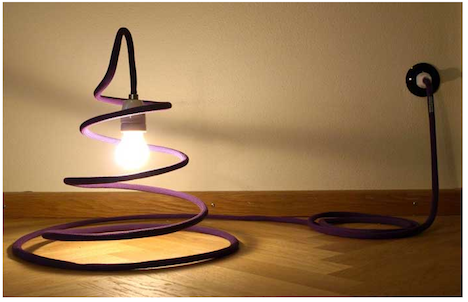