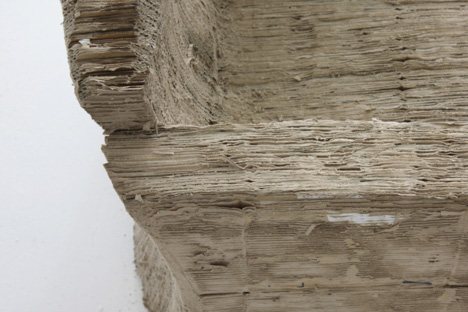 We've covered Seoul-based design studio Monocomplex since they formed last year: from office supply concepts to furniture and lighting, they've all but established an aesthetic while exploring new territory in the process. One of their more recent endeavors is not intended for production at all: the "Reborn Cardboard Sofa" is deemed a 'sculpture project':Reborn cardboard sofa contains a meaning that it reuses cardboards which were dumped after wrapping products and revives it as a product for use. It was produced by connecting 127 cardboards as a solid one and cutting its form with a grinder and saw, not by development figure. It expresses truthfulness of this project by its designer starting from its basic size, sitting on it himself, gradually fitting the body and carving it. 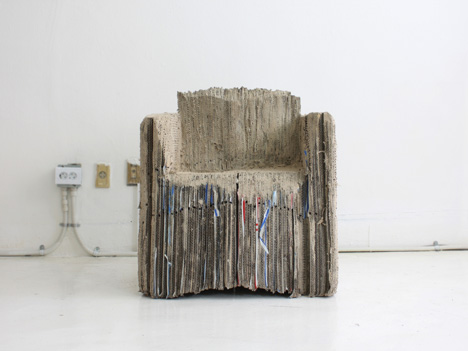 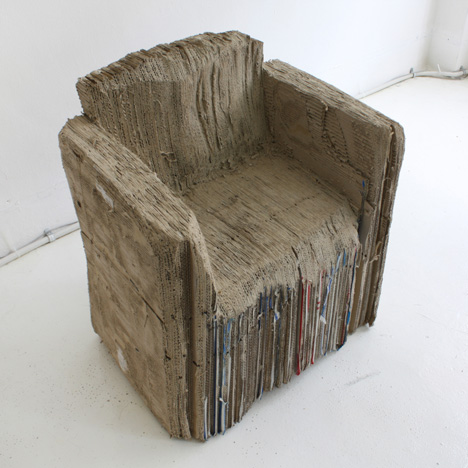 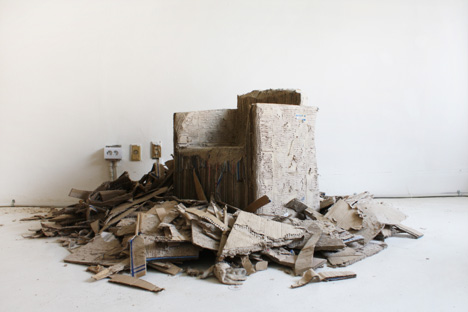 Check the making-of vid after the jump: 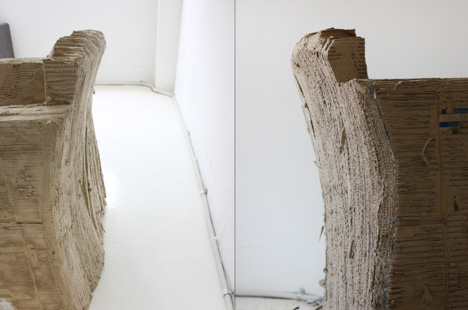 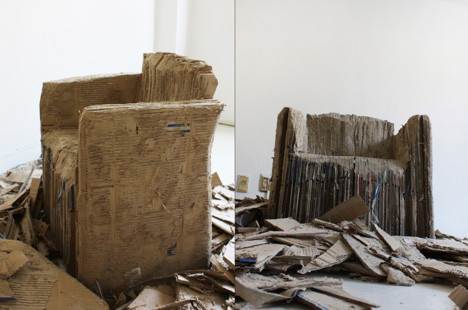 Maybe they could submit the 'plans' for the "Reborn Cardboard Sofa" for inclusion in DIY Furniture 2... 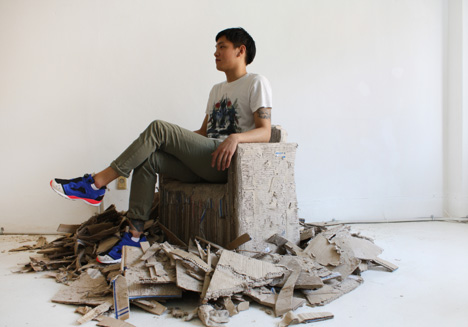