In the Studio with David Geckeler 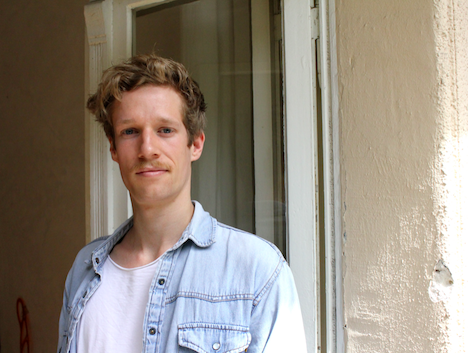 I first came across David Geckeler's work at BER-JFK, DMY's Noho Design District exhibition for New York Design Week. "Fragment," his three-legged metal chair, stood out with its shiny mint green, powder coated finish and the unusual jagged edges and cast notch marks under the seat. I saw "Fragment" again at DMY, where Geckeler showed it as part of the student show for the University of Arts in Berlin. Two days later I found myself looking at prototypes of that chair and others in his sunny Neukolln studio, where we talked about the philosophy behind Fragment as well as his other designs. 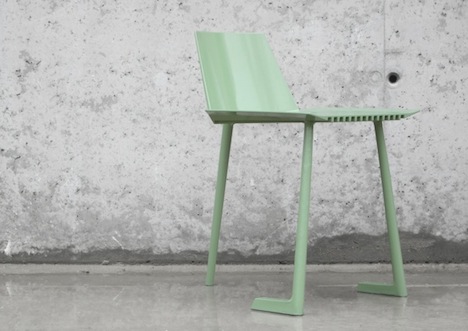 One of the reasons David is able to make a living as a full-time designer right out of school is because he took a much more conscientious and aggressive approach to his education than most students do. After studying for a year and half at the University of Applied Science in Potsdam, he spent a semester at the Royal Danish Academy of Fine Arts in Copenhagen before returning to Berlin to finish his degree in industrial design at the University of Arts in Berlin. 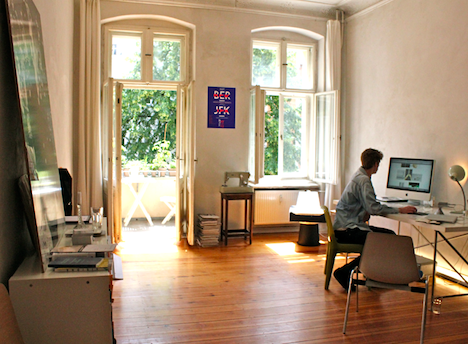 While his scattered university track record might seem like a less focused approach than simply staying at one place for four years, David purposefully moved from school to school to get a broader perspective. "It wasn't that I didn't like one school," he explained. "It was more that I wanted to try out different schools and different philosophies of teaching." And while he doesn't play favorites it's clear that his semester in Copenhagen was pivotal to his development as a designer. "For me it was really important, this Danish traditional design thinking and what they're doing there nowadays. It's different from Germany. The whole Danish society is so into design. They have a feeling for it."

After his semester in Copenhagen, David decided it was time to head back to Berlin to start up his own design studio to get a few projects underway before graduation. His first product was the "Nord" chair, or Nerd, in English. Though the chair looks more sleek and refined than geeky to me, David explained that "the detail of how the shells stack together is a bit nerdy to [him]." The unique way the backrest fits into the seat is a result of a class assignment from his Copenhagen days. He had eight weeks to design and manufacture a working prototype, and by creating two basic molded plywood forms that fit together without any extra parts he dramatically simplified the process. The Nord chair was awarded a prize by Becker KG, a German manufacturer specializing in molded plywood. The visibility from the award attracted the attention of several design companies, including the Danish brand Muuto, which will launch the Nord chair for contract and commercial buyers this October. David said he worked with Muuto for a full year developing the design, and that "it was important that a Danish brand make this chair because [he] designed it there." 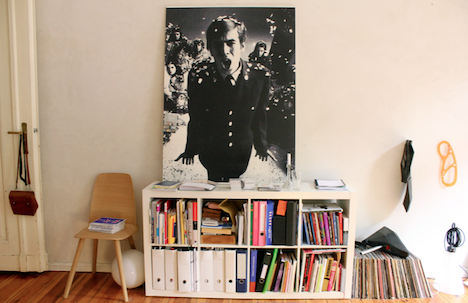 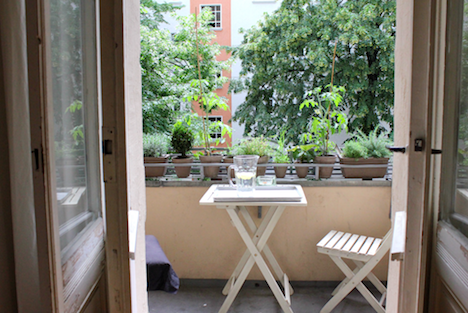 Whether he's designing a chair, a lamp or a pair of shoes, David researches traditional techniques and looks for places where he "can go in, change something small and get something totally new from that." The Nord chair, for example, is his take on traditional Danish design. "To go in to find the small space where no one else has been before... that's really what I'm searching for."

Of his approach, David says:The best thing for me is to start working with materials as early as possible. For example, at this casting company I was working with, I walked in and saw boxes of leftovers and off-cuts, the pieces you need in order to cast a metal object but are cut off afterwards. Nobody cares about how they look. They're purely functional...They were so pretty, special and interesting to me, almost postmodern in their style—geometrical, cubic and strange—and this strangeness is what I was interested in. That's what's important: the early moment of interaction with the materials. 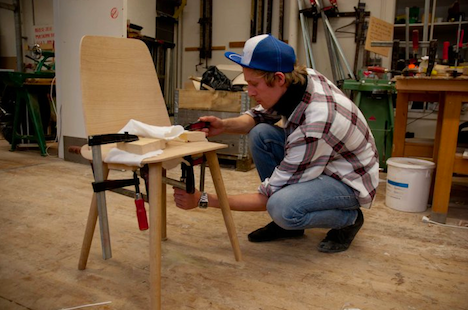 David has also learned that he works better when he gives himself parameters or problems to solve instead of embarking upon open ended projects. "Now when I start a project I try to write down the concept for it ahead of time... not a concrete aim but what I want to accomplish with the chair in general. It's something between inspiration and problem solving. It's a tool to give myself another direction."

Even though David was in the metal casting factory for a completely different reason, it was the pile of off-cuts that inspired his next project, the "Fragment" chair I spied for the first time during New York Design Week. The odd, awkwardly hacked off metal shapes inspired David to work with metal in a way that would address its pure form. In "Fragment," the finished product includes those extra metal bits, the 'handles' used in the manufacturing of the chair's individual parts. By leaving them, David gives those offcuts "a new life."

Though he's been showing the chair at design festivals, Fragment is still under development. Right now the various components are left rough and only powder coated to finish, but David is looking into a more polished brass version, or a model with a completely smooth seat contrasted by very rough legs. He realizes this is not going to be a commercial chair sold in stores like Nord, and he wants to keep some of the roughness from the factory floor in the finished piece to "tell the story of the offcuts." 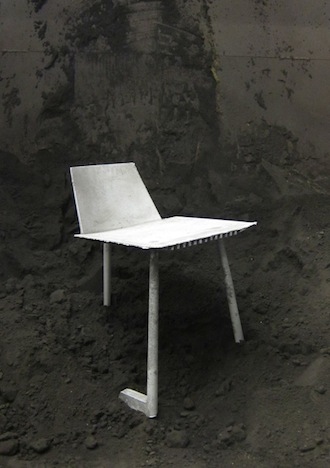 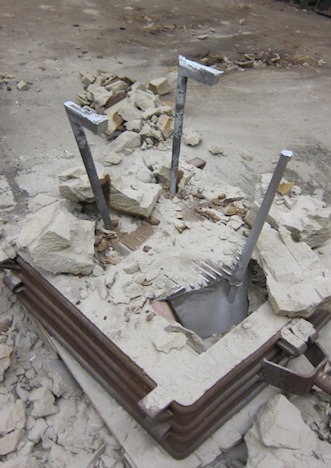 The "Nord" chair had several companies chomping at the bit, but at the time David had to focus on finishing school. Now, however, he's engaged in contracts with several international companies, not all of which he's at liberty to discuss. But just in case you thought he'd stick to chairs, David is quick to say that he doesn't want to do the same thing over and over. He did "Fragment," for example, because he wanted to work with metal, and he did "Dusk," his pendant lamp, because he wanted to work with glass (Dusk is one solid piece of hand blown glass that can be adjusted from a spotlight to an ambient room light by sliding the pendant up and down along the cord). 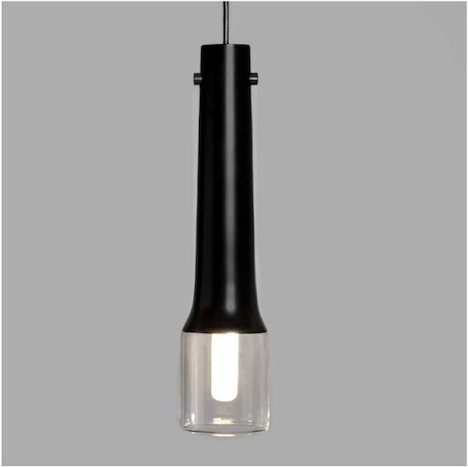 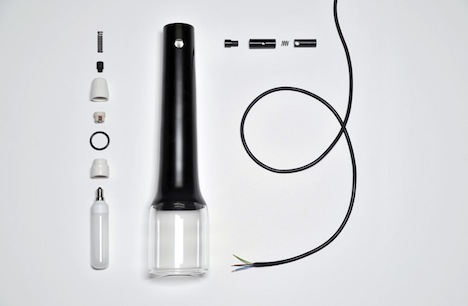 David is currently working on expanding "Nord" into a collection that includes a stool, a lounge and a bench. He's also designing a bag, a table lamp and possibly even tableware and graphic patterns for seat cushions. He wants to keep working with different manufacturers so can continue to experiment with new materials, but no matter how broad his range of products gets, David's own design sensibility is so strong that you can see a clearly defined philosophy running throughout all his work. And he's done all this in just the past four months since his graduation. If that's a sign of things to come then stay tuned—and snag one of his pieces now before he gets too famous and his prices skyrocket! 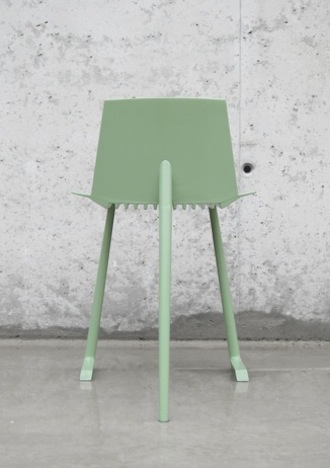 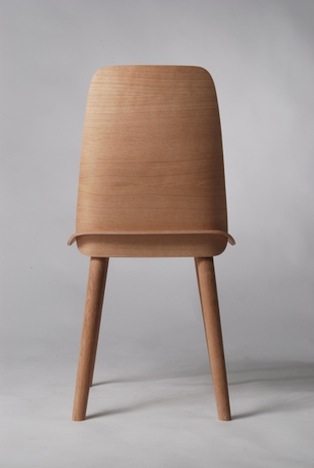 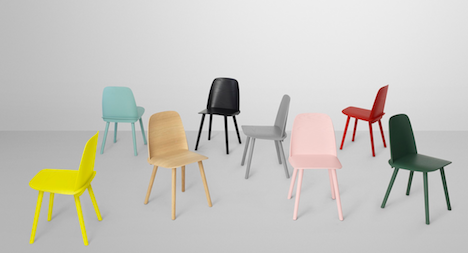 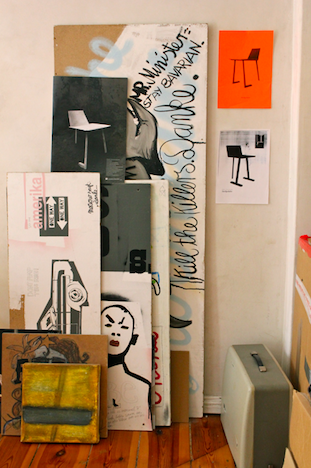 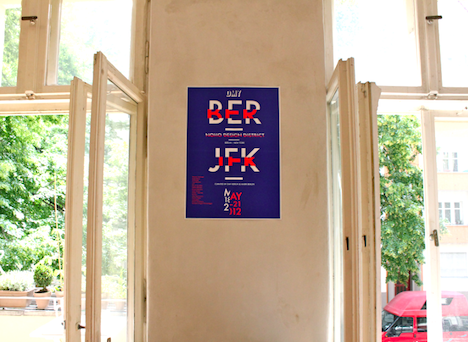 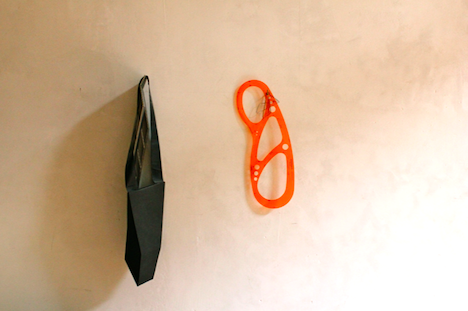 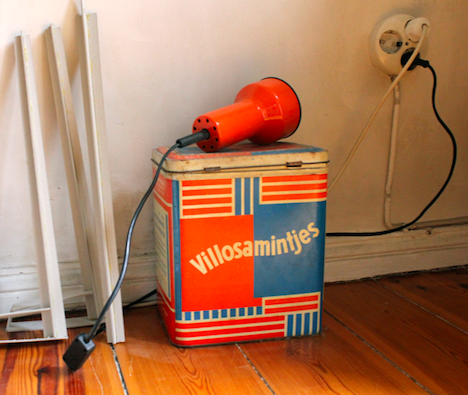 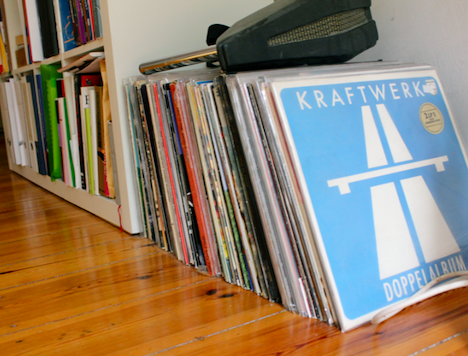 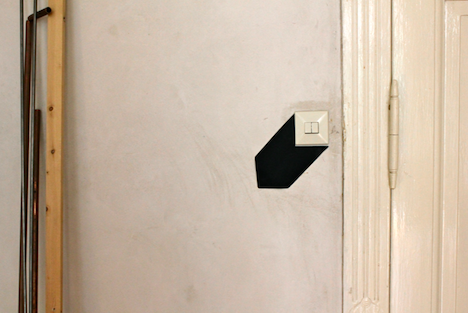