From Negative to Positive: The Creative Destruction of VHILS 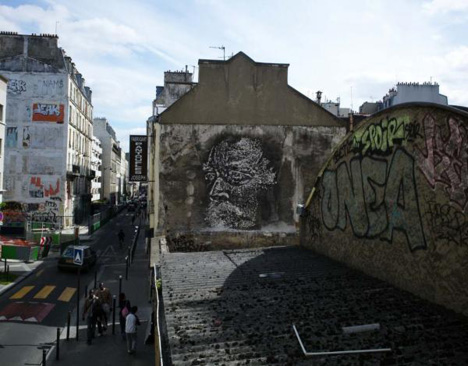 I first came across the work of Portuguese graffiti wunderkind VHILS in October 2008, at a pop-up exhibition by London's Lazarides Gallery in the Lower East Side. It was the veritable heyday of street art: Shepard Fairey had become a household name, thanks to a particularly high-profile portrait, and Banksy's first solo show had just opened in New York. Meanwhile, about a mile away, nestled in the corner of the basement of what is now an upscale pizza joint, VHILS had left his mark. The artist, born Alexander Farto just two decades prior, had transformed the crumbling sheetrock and masonite into the semblance of a face in his signature style, incorporating exposed brick as a shade in his palette per his additive/subtractive technique. 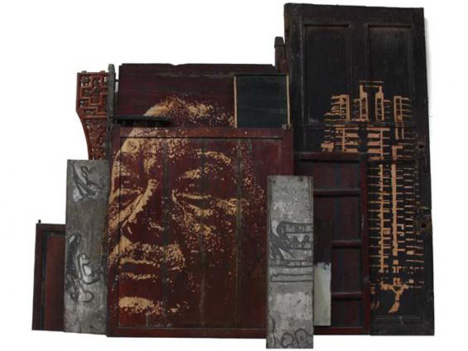 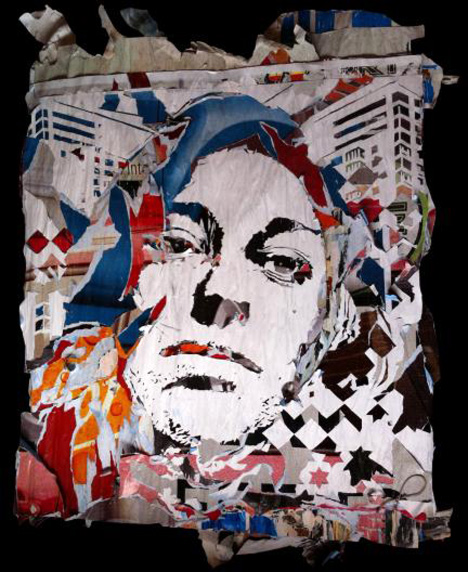 The work had left a strong impression on me at the time but I must admit that I hadn't been following his work (or the street art scene in general) for a couple years now, so I was pleasantly surprised to discover that he's been exhibiting regularly—and honing his craft in the process—for the past four years. This Saturday, June 23, sees the opening of Entropy, his second solo show at Magda Danysz's Paris gallery space (he's also had shows at their Shanghai site).VHILS's artwork is a revolution in the stencil technique in its use of unusual tools. Through the destruction of walls, he explores the layers of urban space and its history. Old papers, worn out posters, wood panels, brick walls are attacked with chisels, jackhammer, acid, or explosives, in order to sculpt his stencil on the wall. VHILS's portraits underline an important contrast between new and ancient; he makes visible the inside face of these buildings. VHILS tries to give a new face to the city which is, for him, a ground of popular inspirations. 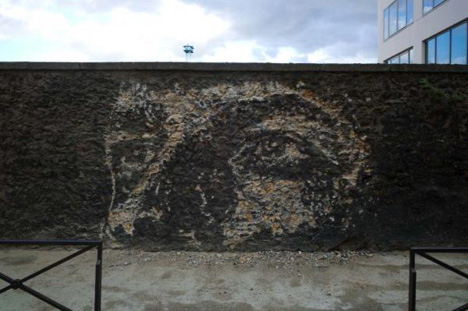 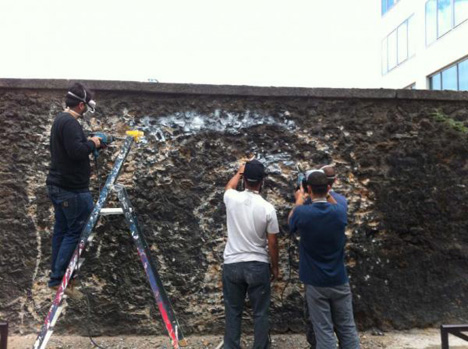 VHILS has created several new public works, dubbed "action walls," throughout the city, as well as several styrofoam busts that mark an interesting new direction for the artist. 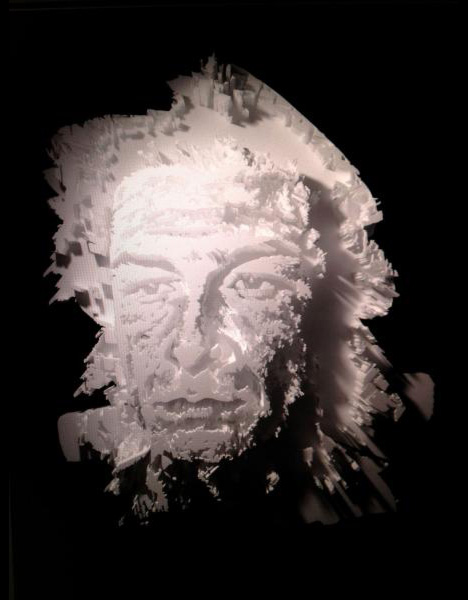 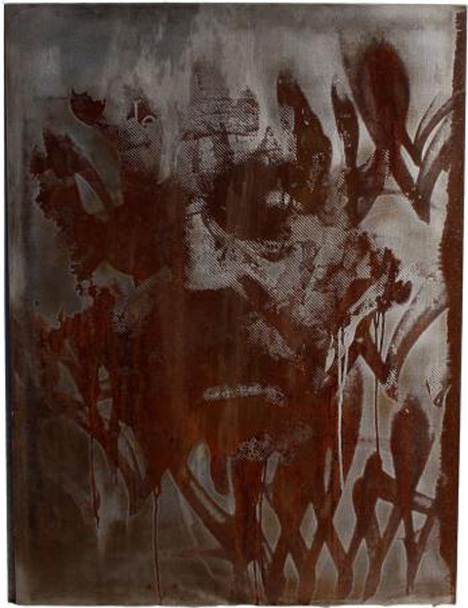 The overall effect is something like the inverse of Logan Hicks's streetscapes—reimagining existing façades as opposed to meticulously creating them from stencils—or a grittier JR, a sometime collaborator whose own wheatpasted portraits seem to have grown exponentially over past few years. (All told, it's a close-knit community: VHILS's big break came courtesy of Banksy, who invited him to participate in the Cans Festival in May 2008.) 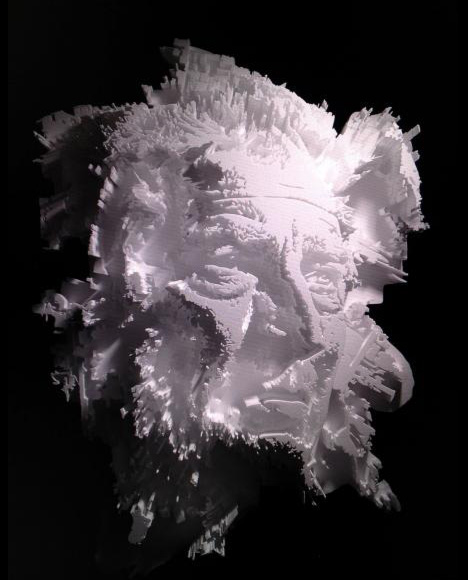 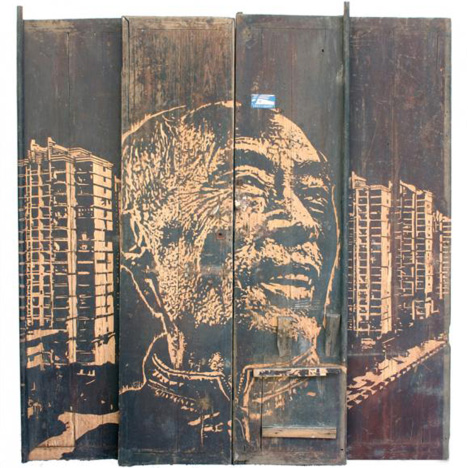 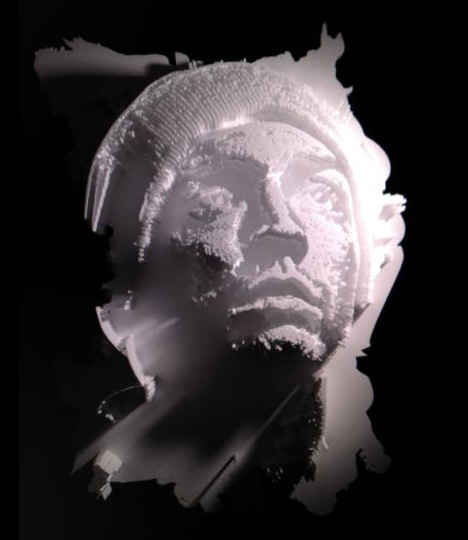 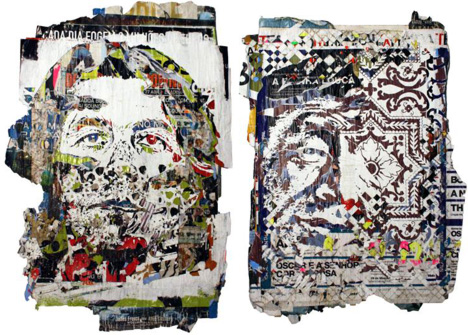 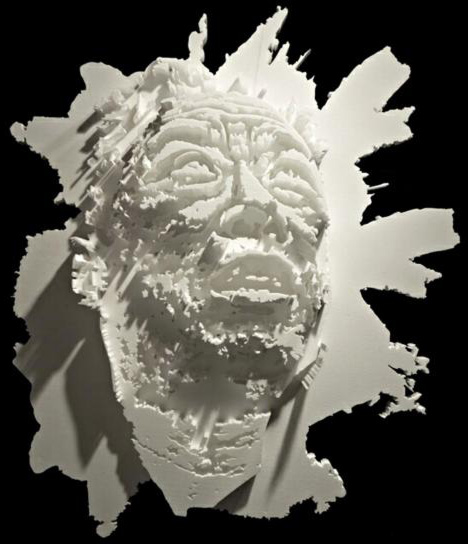 For good measure, Magda Danysz produced this short, choppy edit for VHILS's most recent exhibition in Shanghai, which took place earlier this year in March:

From Negative to Positive: The Creative Destruction of VHILS