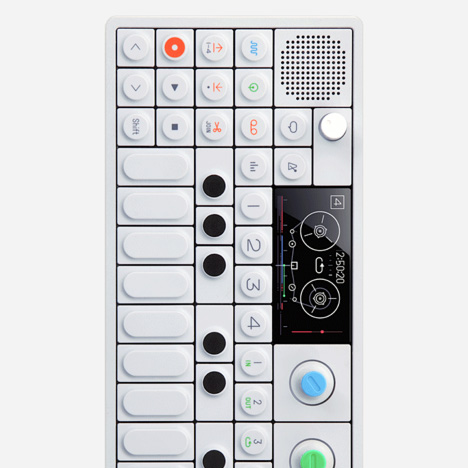 With all this recent talk of touchscreens big and small, I can attest to the fact that there's nothing quite so satisfying as twisting a knob to tweak live audio: whether it's an equalizer, a filter, or simply the volume control, there's no touchscreen equivalent of turning a dial. Thus, the portable synthesizer/sampler/MIDI-controller market has survived despite the all-in-one promise of touch-based controllers. Case in point, Teenage Engineering's new contender, which is a combination of all three devices, plus a four-track (digital) tape deck.OP-1 is the all-in-one portable Synthesizer, Sampler and Controller. With additional features like the FM Radio and an assignable G-Force sensor for motion controlled effects. With OP-1's built-in Tape feature you are able to record everything you do on to the 4 tracks, with overdubbing, reverse recording. 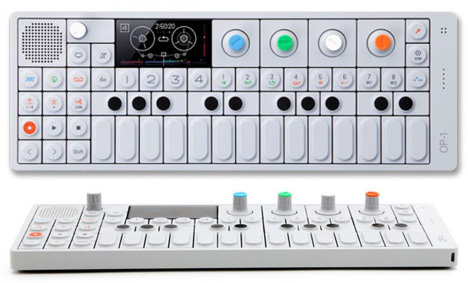 The OP-1 certainly packs a ton of features into a small box—TE have clearly invested more time in the synth than in the Knäppa camera for IKEA—but I'm particularly struck by its design aesthetic, which is whimsical to the point of looking toy-like (epitomized by the overtly button-like black keys). I'm sure it's sturdy, but the powdercoated (aluminum) enclosure is an emphatic rejection of the current tech trends, more a match for the MacBook of a bygone era than the semi-industrial brushed aluminum aesthetic that dominates the market today.

But don't be fooled by the raised buttons and pop colors: the portable synth boasts an OLED screen with intuitive firmware for "easy reading and a non-technical way to control and shape your sounds." While I'm ambivalent about its ultra-hip looks, I do like the GUI and graphic design elements. The three-way accelerometer might lend itself to some interesting effects, but I hope that doesn't come at the expense of a velocity-sensitive (i.e. weighted) keyboard. 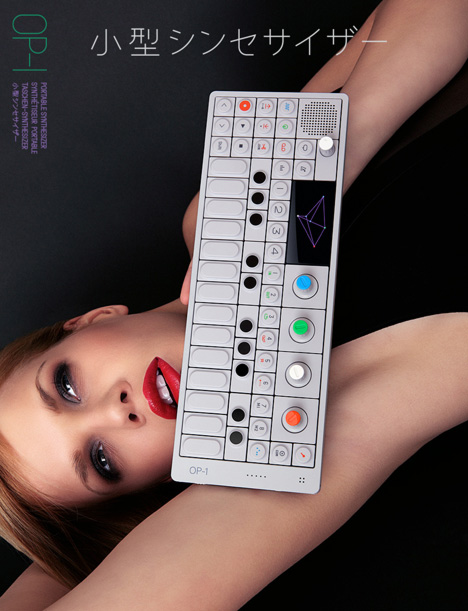 In short, I'd be curious to try it out myself... though the video (after the jump) will have to suffice for now.

Unless you're in the prosumer target audience, you probably only need to watch the first couple minutes to get the gist (that's about as far as I got), but if you're seriously considering picking up an OP-1, consider this: besides the slim form factor, one of its more salient attributes is the hefty $849 pricetag. (At least you don't have to buy a separate carrying case—the foam-lined packaging doubles as such.) 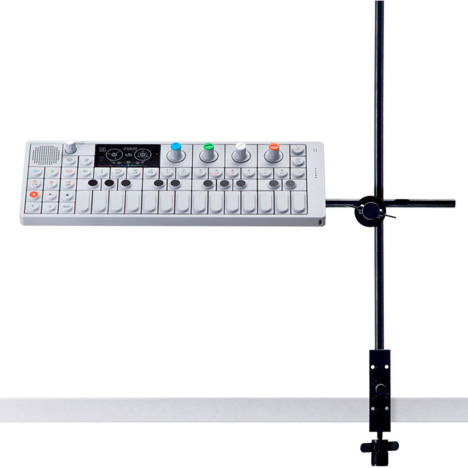