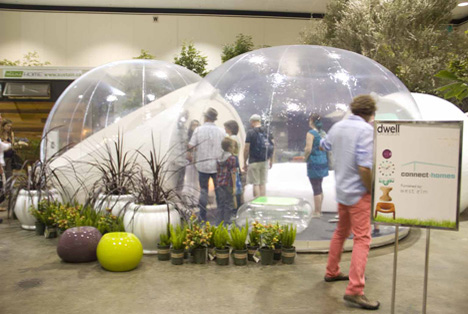 CasaBubble's GrandLodge is made of three spheres, which create multiple rooms that can be used for different purposes.

All photos by Carren Jao

Circles and spheres were a major theme at this year's Dwell on Design Outdoors. The designers might not have been trading notes, but perhaps they have all realized the eye-catching potential of geometric shape.

Located at the farthest back area of the 220,000-square-foot show floor, CasaBubble literally looks like an enlarged bubble that magically holds a bed, seating and even a bathroom inside it. 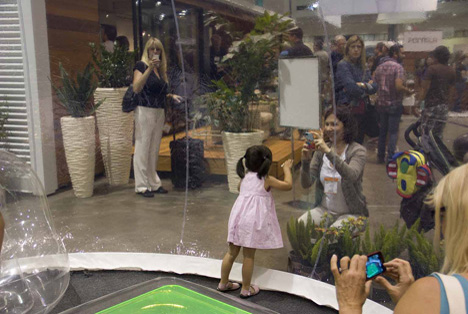 Fully transparent, the bubble was designed for full appreciation of nature while still sheltered from the elements.

CasaBubble is an inflatable PVC bubble structure powered by silent blowers, which use less than 100 watts of electricity per hour to run, just enough electricity to power a light bulb, company owner Frederic Richard tells Core77.

Designed and manufactured in France, the structures are made in varying sizes to accommodate different uses. Made of recyclable material, a single bubble is enough to house a living room or bedroom. Other styles incorporating up to three spheres can accommodate a whole suite. Its transparency is key to appreciating nature's views without sacrificing comfort, says Richard. However, when used in warm locales, the company recommends placing the bubble underneath some shade to alleviate heat gain. 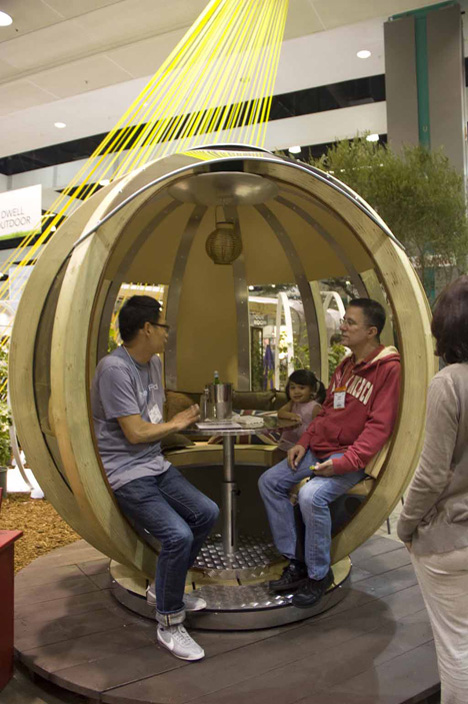 A small seating area with table was made for up to six people.

Winner of Dwell on Design's Best Outdoor Product award, the G-Pod looks rather like a woodsy shuttlepod that landed onto one's backyard, but that dash of sci-fi optimism is part of its appeal.

Made with Norwegian spruce and laminate, the spherical hideaway rotates so the entrance can be adjusted to protect from the weather or capture some sunshine. The waterproof interior is designed with built-in seating that can accommodate up to six people with a small table in the middle. When all the dining and chatting is done, G-pod transforms into a small bed by lowering the table to the level of the seats and adding pillows and cushions. The G-pod is designed in the UK and distributed from California. 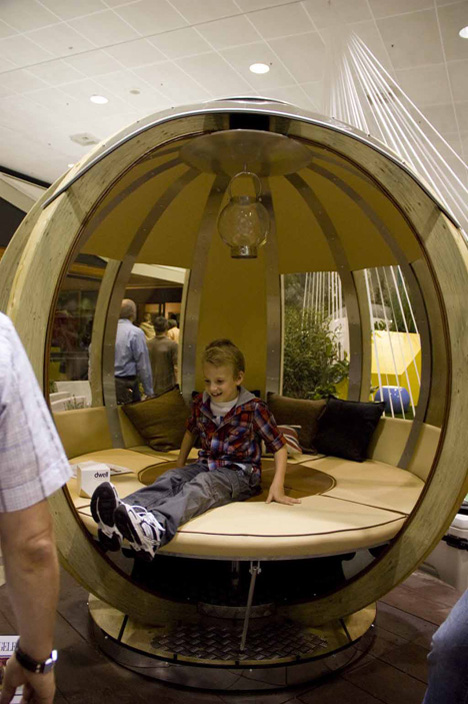 Children showed the most affinity to the rotating pod.
* * * 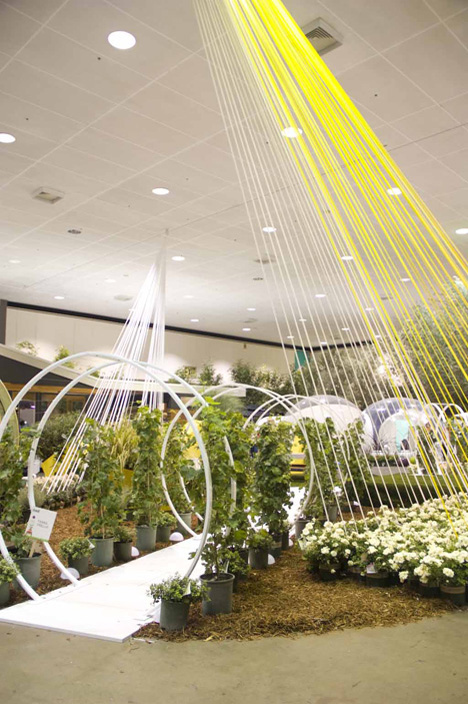 To complement these space age garden designs, rows of TerraTrellis's Gracie Modern Arbor formed a green tunnel complete with vines making its way up and around the circular arch.

Painted in a white water resistant zero-VOC powder coating, the hand-welded steel frame was an apt accent chosen by Shades of Green Landscape Architecture. Designed out the California-based TerraSculpture studio, the structures were designed specifically to add a modern touch to a sometimes-dated garden accessory. The structures are available in other nature-inspired colors like orange kumquat or aubergine.