The Art of Bike Parts: DDB Singapore Puts LifeCycle On the Map at Cannes Lions 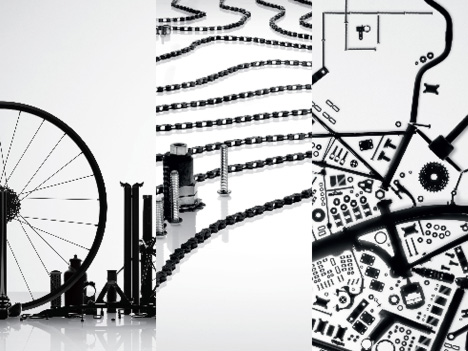 LifeCycle certainly expected ads from DDB Singapore to raise their profile, but the creative team's recent wins in the Outdoor category of the Cannes Lions have brought the international spotlight to the local bike shop with two locations in Singapore.How often does a good ad comes along? and how often does a small local business get a chance to work with an award winning agency? LifeCycle had the opportunity to work with a team of great creatives from DDB Singapore led by Thomas Yang and Andrew Hook (Creative Directors), whom created the LifeCycle's outdoor and print ad campaign titled "Terrain," "Roadmap" and "Cityscape."

Compared to Seo Young-Deok's anthropomorphic sculptures, "Terrain" is a more understated (yet equally beautiful) use of bicycle chains.Intrepid explorer journeying to the Elevator, bravely navigating past Office Politics, catching your breath at Cape Watercooler before you venture to the unknown land they call the Pantry. Step out. Get a life. Get a cycle.

The artwork is beautiful in itself, but I'm also interested to see that the ads aren't specific to LifeCycle or Singapore itself; rather, the clever use of bicycle components in silhouette speaks to the appeal of alternative transportation in cities the world over. Thus, they're a serendipitous visual complement to, say, the Bicycle Film Festival, which celebrates the very same.

One more (my personal favorite) after the jump... 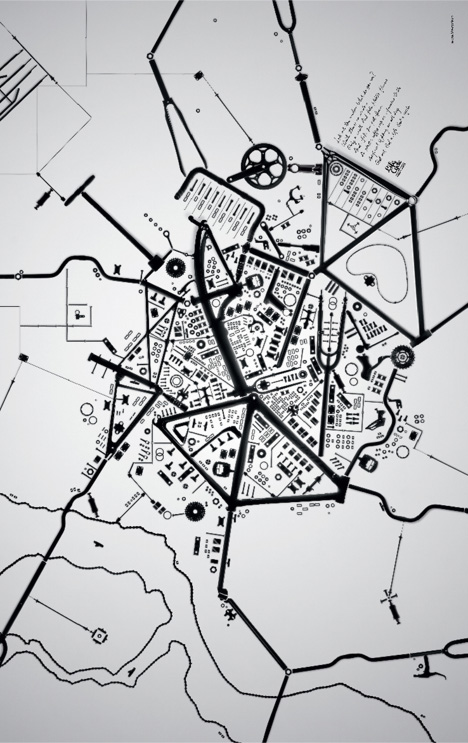 I'm not sure if a specific city is represented in "Roadmap," which I've rotated to fit (see the original here):Look out the window. What do you see? Wait, there's no window. Only a wall. And fake plastic flowers. And a fake parquet floor. A plastic coffee cup on a formica table. Artificial lighting, on all day. Get out. Get a life. Get a cycle.

The Art of Bike Parts: DDB Singapore Puts LifeCycle On the Map at Cannes Lions