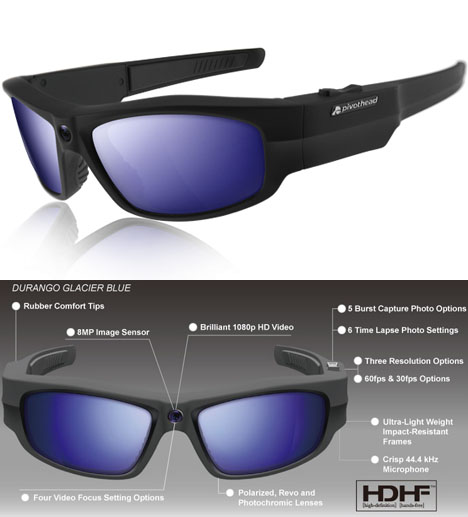 It's no GoPro, and it's badly in need of stability control, but earlier this week Pivothead released some new footage shot by their Durango video recording eyewear. Have a look:

The tiny right-between-the-eyes sensor can capture stills at 8MP and shoot 1080p HD video, with options for both 30 and 60 frames per second. Files are transferred to your computer wirelessly, obviating the need for cables, and there's even an onboard microphone tucked into the side.

I don't think that GoPro, as the incumbent wearable camera company, has anything to worry about; Pivothead's test video above started to make me seasick almost instantly. But competition is always good for product design, and it will be nice if GoPro counters with their own sleeker form factor. If these two companies keep at it, in the future photographers and cinematographers will be able to walk around with all of their gear perched on the front of their faces.