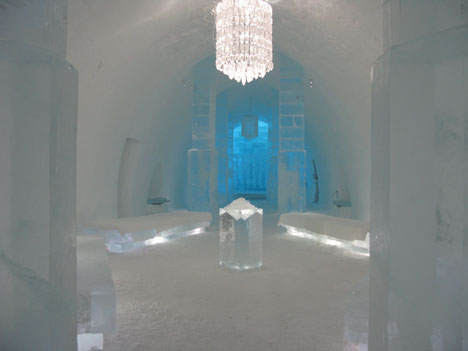 Female readers, I'm not sure there's an equivalent experience to this for you. But male readers, remember the first time you walked into a bathroom at a restaurant where their policy was to fill the urinals with ice? What did you think of that?

At one point in human history, ice was precious. Few of us reading this were alive back then, but back in the day you had an "ice box" that wasn't plugged into anything, and in places like Japan, some dude on a bicycle-like contraption rolled up on your house with a massive block of ice. (Check out the Japanese movie Always if you get a chance.) You paid the guy and he chipped off a bunch of ice for you to throw in your box, and we called that guy the Ice Man. 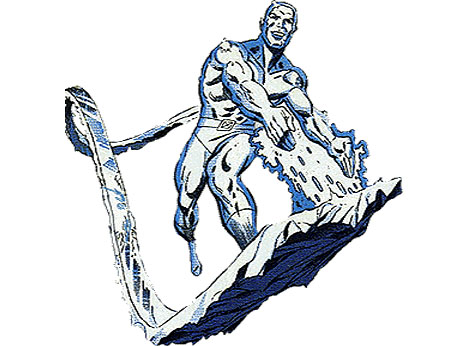 Imagine telling someone from back then: "We now have so much ice we're literally peeing on it."

People are doing more interesting things with ice, however, using common molding techniques familiar to the industrial designer. If you go into certain bars in Japan, or the excellent B-Flat Tokyo-style speakeasy in Manhattan, and order a Scotch on the rocks you'll find a large, single sphere of ice in the glass. The thinking goes that with less surface area than a bunch of little cubes, there's less melted ice adulterating the flavor of your booze. We've showed you the contraption used to make it before. 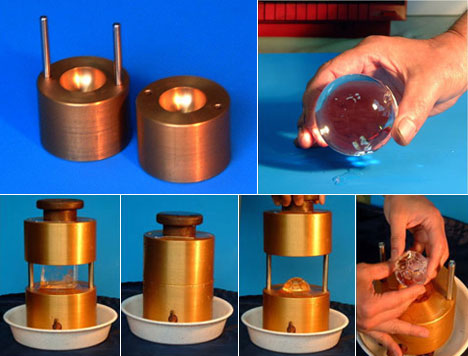 More recently, companies like Williams-Sonoma have been selling molds in both bottle-chilling size and in a large ice cube size, the latter made from silicone. I imagine that with the flexible silicone on the latter, you can both get the mold off of the steel tool and create cubes that have no draft angle, for all of the 0-degree delight that will provide you production methods geeks. 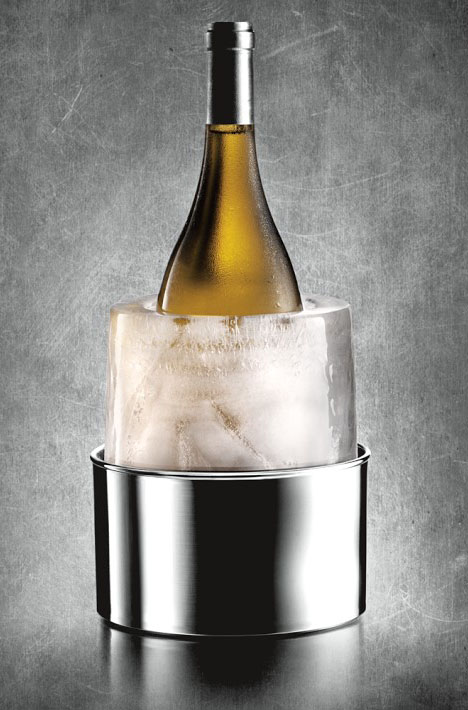 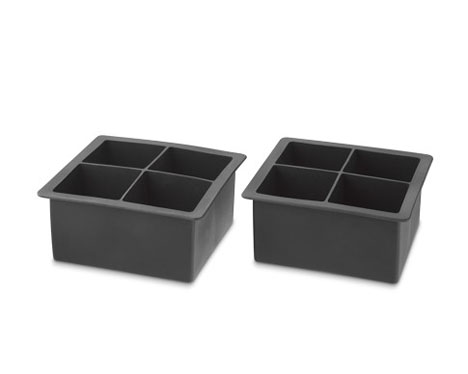 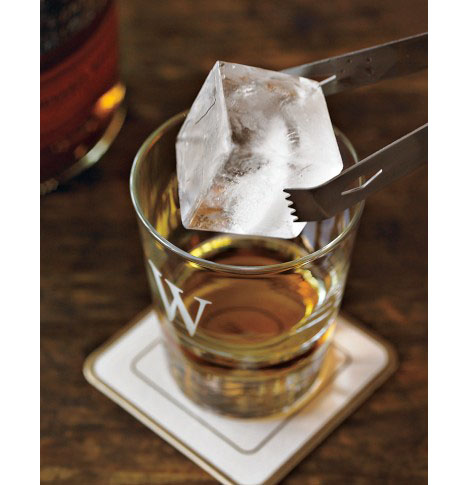 Also, things like this plastic tray that makes ice shot glasses have become common, to the delight of fratboys everywhere. 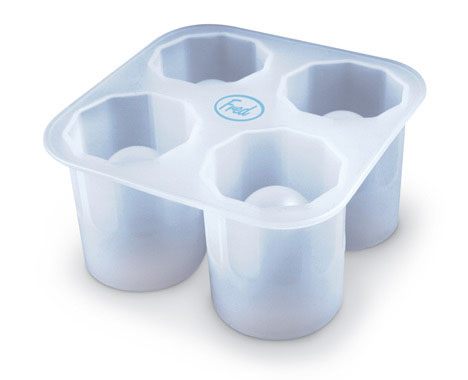 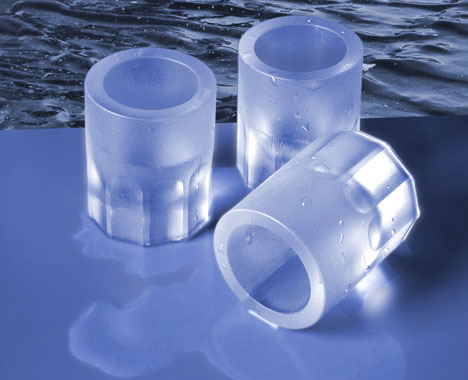 Your correspondent was lucky enough to quaff shots out of an ice glass before, but one that came from a different mold. It was up in the Arctic Circle, at the bar of a hotel made entirely from ice in Jukkasjarvi, Sweden. 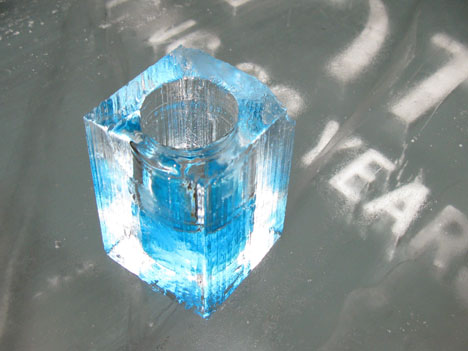 Admittedly the bar didn't look like much from the outside. 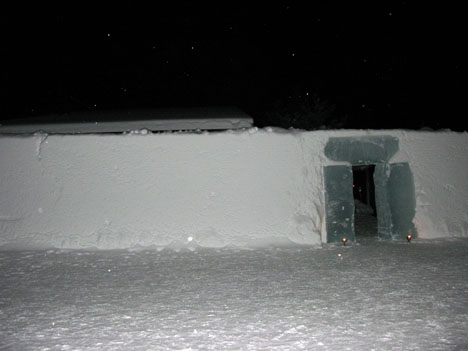 But once you got inside, different story. 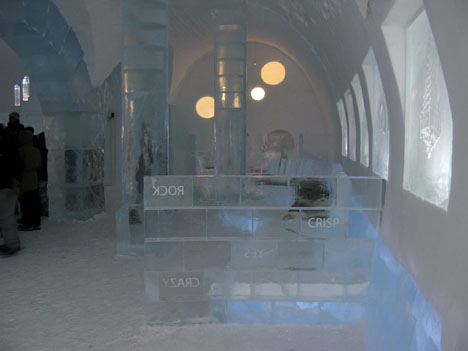 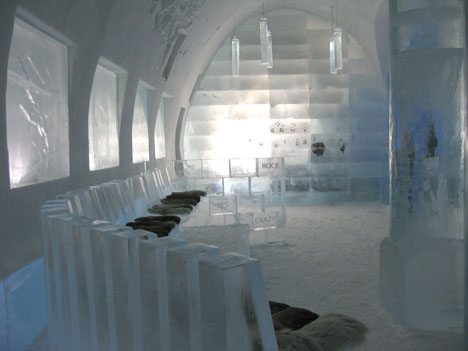 The drinkers had a ritual at this particular bar, one that you couldn't pull off anywhere else. After you finished your drink, you'd lick the glass, then stick it to the wall. 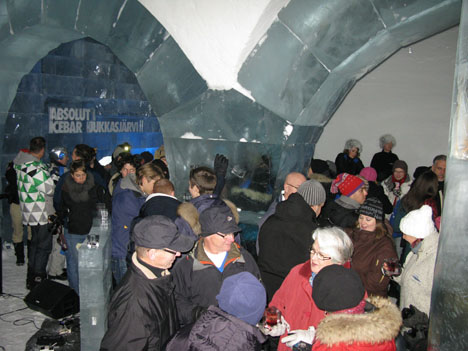 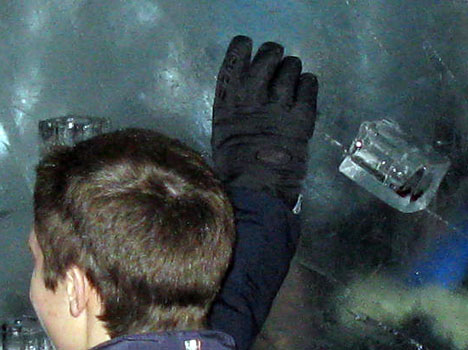