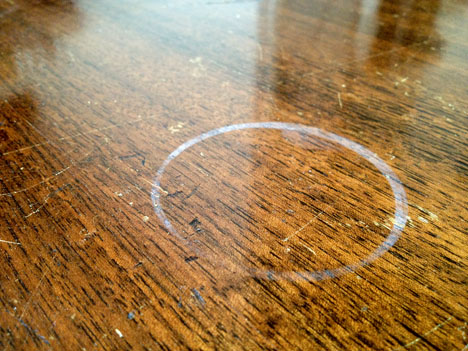 The finish on my Singer Art Deco writing desk was already rough, but I was plenty bummed when a houseguest left his mark on it (above) by failing to use the provided coaster for his drink. I blame myself for not being insistent enough during said houseguest's Orientation meeting. I also blame all designers of all mugs, for devising a product that requires another product underneath it to catch the condensation.

One designer I couldn't blame is North-Carolina-based Tigere Chiriga, whose awesome Floating Mug concept obviates the need for a coaster: 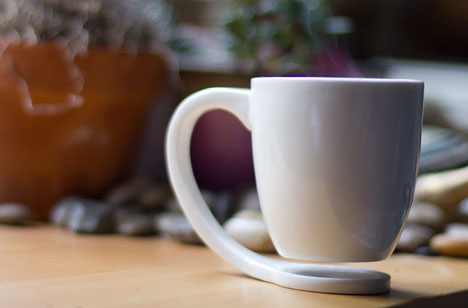 Clever, no? Self-professed "huge tea drinker" Chiriga initially designed the mug and had it manufactured for his own use, back in 2008; but after years of his friends continualy asking where they could get one, Chiriga turned to Kickstarter to have them mass-produced. 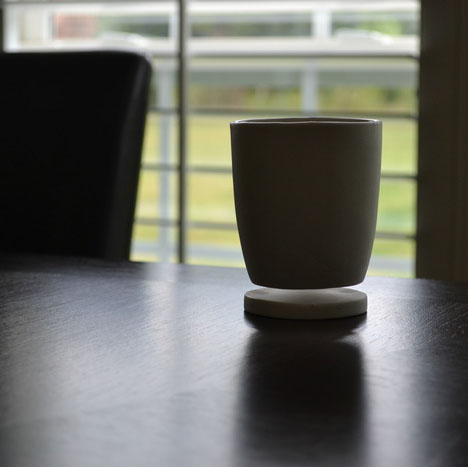 The mugs ain't cheap—buy-in starts at 40 bones—but they will be, manufactured in the U.S. now that Chiriga has hit his $15,000 target. (He'd just reached his goal as of press time, with just under a month left to go.) 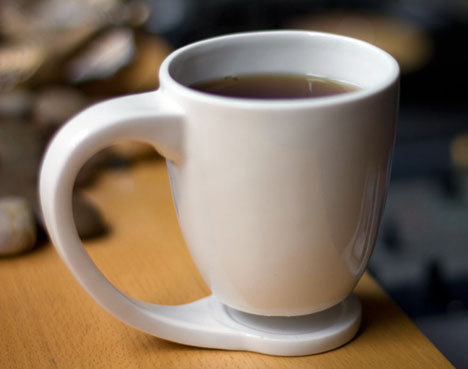