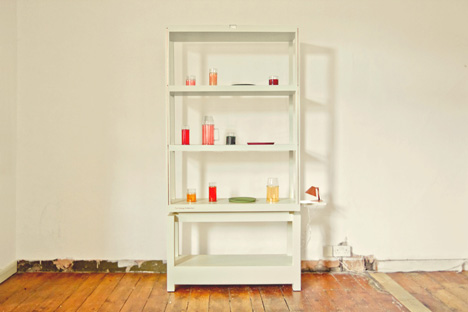 One more from the graduating class of RCA: Marjan van Aubel, "a product designer with an inquisitive, almost scientific perspective," presents "The Energy Collection," a set of solar glassware that discharges through a matching bookshelf, which serves as a rather large battery. It's a vaguely biological ecosystem: the tableware 'drones' gather energy during the day, 'feeding' the shelf, which can be used to power a lamp or charge a phone... but the real magic lies in the physics:Within each glass is a photovoltaic layer of dye Synthesized Solar Cell. This means that the properties of colour are being used to create an electrical current. This technology was invented by Michael Graetzel at EPFL. It is a technique based on the process of photosynthesis in plants. Like the green chlorophyll which absorbs light energy, the colours in these cells collect energy.

Graetzel uses a porous Titanium dioxide layer soaked with photosensitive dye—a natural pigment extracted from the juice of blueberries or spinach. He discovered that the dye that gives the red or blue colour to berries, gives off an electron when light strikes it. One side of the glass is positive, the other negative and when the cell is exposed to light, the dye transmits its electrons to the titanium dioxide and releases an electronic current. 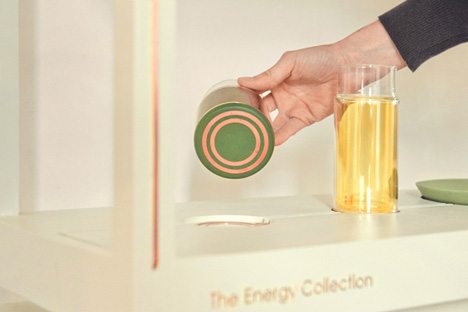 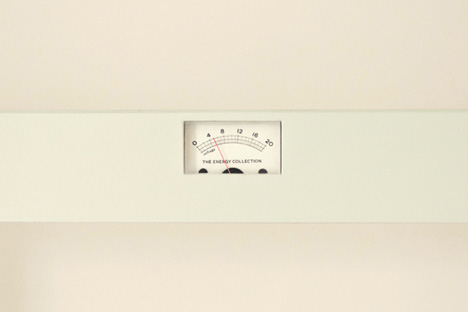 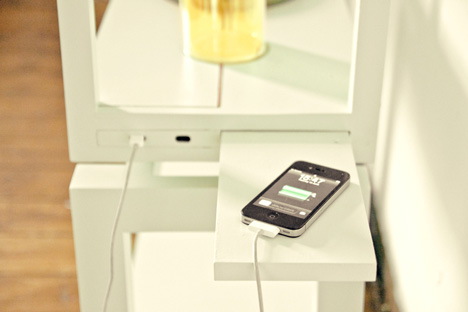 Sounds like pretty heady stuff; I'd be curious as to whether the technology can be implemented at scale, especially given the material advantages of the dye (as opposed to traditional silicon cells): "The glassware uses sunlight as a sustainable source of energy, but can also work under diffused light. This makes them much more efficient for use inside the home compared to standard solar panels, which only work in direct sunlight and are not suitable for indoor use."

Lo and behold, there's a lengthy Wikipedia article on that very subject... if you happen to talk the talk. The rest of us will have to settle for more basic concepts... not that there's anything wrong with that: van Aubel notes that "different colours mean different properties. Each colour has a unique wavelength and collects different currents. For example, blueberries and raspberries have their own voltages and levels of efficiency according to the colour spectrum." 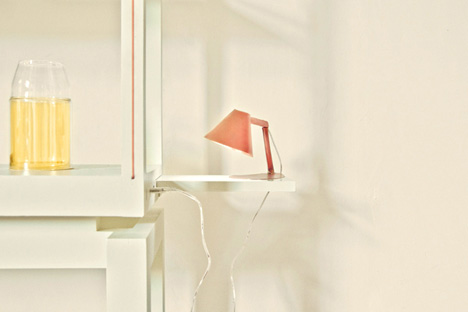 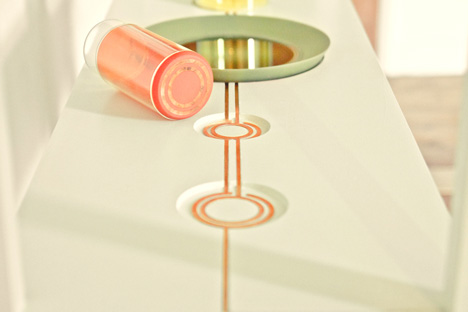