The inaugural International Conference on Designing Food and Designing For Food kicked off yesterday at London Metropolitan University. Presenting research, discourse, case studies and wacky boxed lunches (!), the 2-day event is the first of its kind to reflect on the multidisciplinary and transdisciplinary nature of food design. The conference presents 29 papers and 7 posters from academics, researchers and students alongside a "Projects" session that includes an exhibition and discussion of 12 selected food design projects. Each day ends with roundtable discussions that tackle subjects like the role of co-creation, product development and dining as Gesamtkunstwerk.

More of an academic colloquium than food-fun-fair, the conference kicked off with keynote presentations that focused on the role of "thrill" in food experience by Brendan Walker. Described as the world's only "Thrill Engineer," Walker was originally trained in aeronautical engineering before researching and teaching Interaction Design at the Royal College of Art. His work offered a lens on the most fundamental consequence of food experience: emotional stimulation. Additional highlights included a talk on the architecture of medical mealscapes by Tenna Doktur Olsen Tvedebrink. As a PhD. student at Aalborg University's Food+Design Lab, she investigates the role of food in the medical landscape and its ability to heal. Her approach presented new theories that defined food design as interior design. She offered an approach, inspired by the architectural theories of Gottfried Semper, that dissected eating into a combination of the hearth (spaces that create a social focus), enclosures (gestures that articulate boundaries) and dressings (the decor that articulates theatricality).

Projects like Andreas Fabian's "From the Hollow to the Handle" (below) explored the role of objects in food design, presenting a series of vessels that questioned the notion of "spoonness". You can catch glimpses of them in action during this video filmed at a dinner at the V&A Museum. 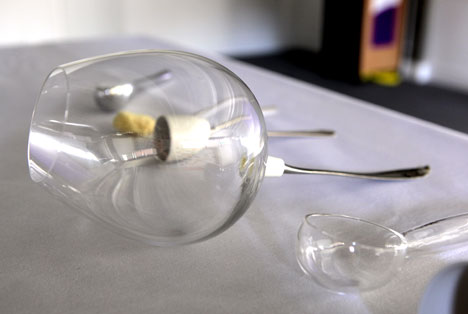 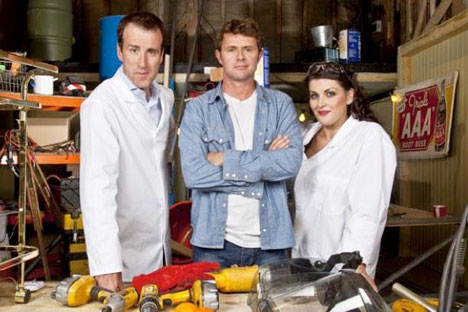 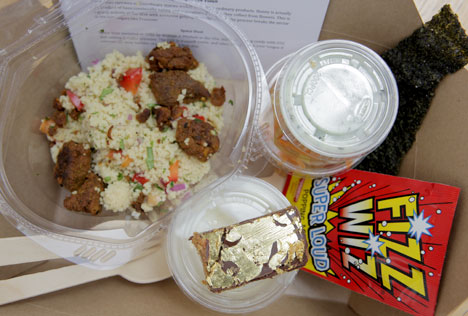