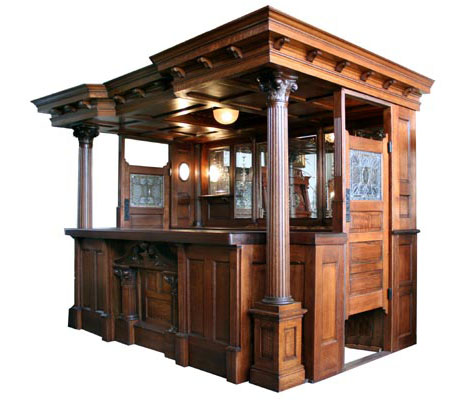 Grace was the name of a classy watering hole in TriBeCa whose oaken bar, it was said, was the longest in all of Manhattan. I never broke out the tape measure but the thing seemed like it was 40 feet. Sadly, I never got to live out my dream of winning a barfight by sliding an antagonist down the entire length of the bar, breaking glasses the whole way; the bar shut down last year.

Question is, where do old bars go to die? (I don't mean the establishment, I mean the actual wooden counters that craftsmen slave over.) Well, when a drinks joint shuts down, a new owner might buy it and re-open it under a new name, leaving the bar in place. But let's say the landlord is sick of people trying to win bar fights by sliding fellow patrons just halfway down the bar before succumbing to their wounds, and he decrees no more bars. What then? Grace's oak masterpiece isn't the kind of thing you throw up on Craigslist.

As it turns out, there are a host of companies in the business of rescuing, restoring, renting and reselling antique bars. Closest to us here in New York is a company called A Beautiful Bar, which sells items like a primitive cowboy-era bar made from nailed-together boards and a gorgeous 39-foot marble bar from the 1890s out of a warehouse in upstate New York. 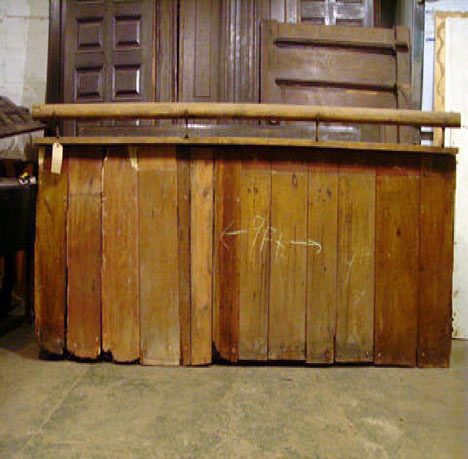 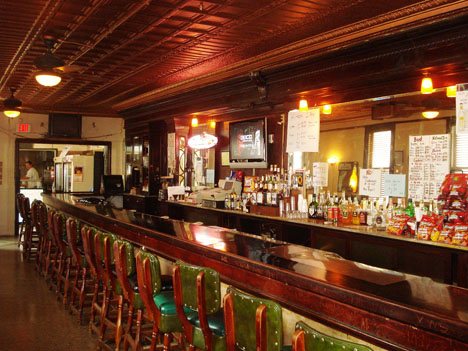 A Philadelphia company called Architectural Antiques Exchange—one of the few to have photography that's worth a damn—sells both back and front bars in oak and mahogany, sourced from the U.S., the U.K., France and Belgium:

Minnesota-based City Salvage has sold some amazing wraparound Art Deco bars (using some of the worst photography on Earth): 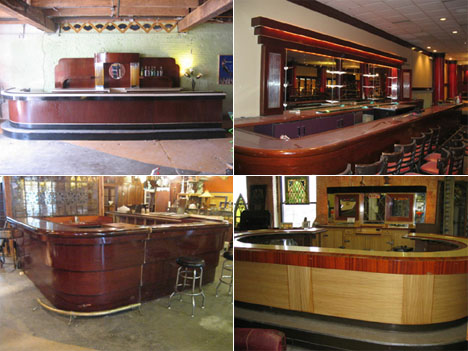 Our favorite is Cincinnati's Wooden Nickel Antiques, which has a bunch of wicked pub-style bars with canopies, beautiful copper ceilings, and ornately-carved columns:

These are just a few businesses that we were able to find within a stone's throw of New York. There's bound to be more in your area featuring bars of indigenous styles.