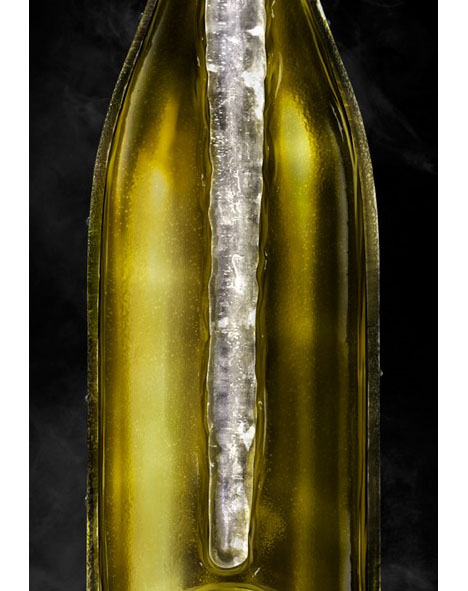 I've got your standard steel liquor flask, the one you'd draw if given the word FLASK in Pictionary or Draw Something. I sometimes wish it was transparent so I could remember if I'd loaded it up with gin or Scotch.

Georgia-based Etsier Chris D'Adamo can't make stainless steel clear, but he can (and does) shod flasks in a chalkboard-like material, allowing forgetful boozers to describe their poison with chalk scrawls. 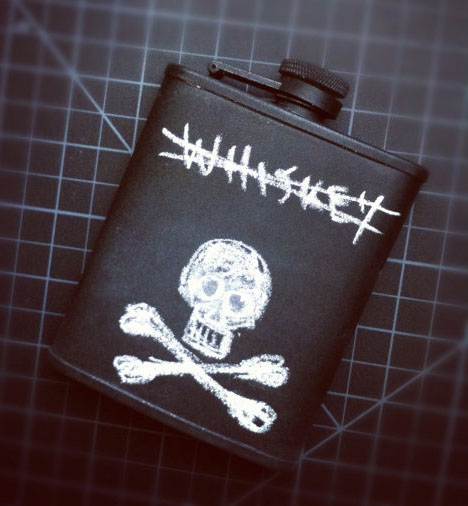 He also offers up a surprisingly affordable series of flasks lined in oak, ash and cork.

Maybe you don't like the degenerate vibe of a flask and you carry your booze around the classy way, in its original bottle. It being summertime, you want that rotgut frosty, but don't want to adulterate the flavor with melted ice. And maybe you also don't want to deal with the soaking wet mess that comes with sticking the bottle in an ice bucket. In that case, the Corkcicle is right up your alley. 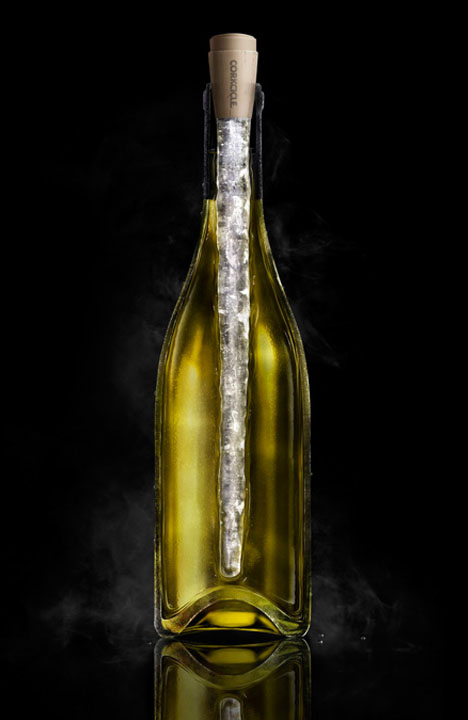 The icicle-like object is meant to be stored in your freezer, then stuck into the bottle after the first glass is poured. A thermal gel inside keeps the surrounding liquid at a consistently chilly temperature. Pouring with the thing still stuck in there seems a bit awkward, but overall I think the idea is good:

Lastly, if you like the idea of upcycling and you need a place to stick your beer bottle, look into L.A.-based Etsier StripeyCity's Hobo Tin Can Beer Holder.

The simple object can be thrust into the ground or driven directly into the soft cedar of your neighbor's new porch. He'll be pissed at first, but get through the rest of the six-pack and he'll start to see the wisdom of your ways. 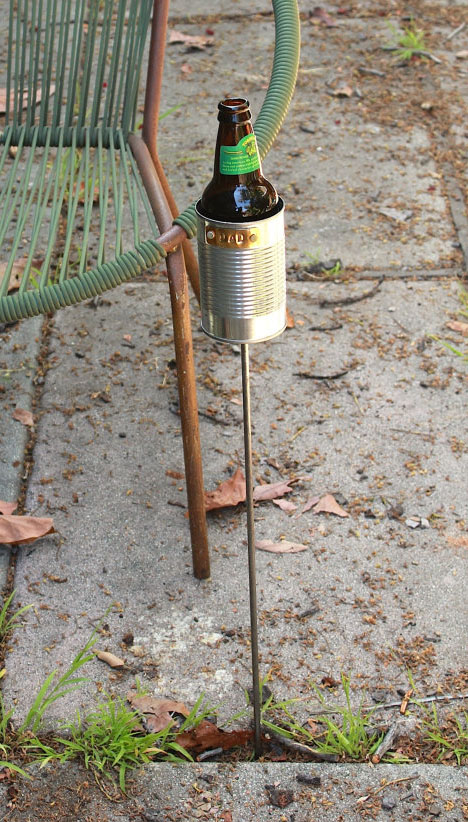 Any DIY'er worth their salt oughta be able to crank one of these out, but SC's ready-to-go models come with a stamped name plaque, as long as your moniker's ten characters or less.