Sync Your Keys With Your iPhone 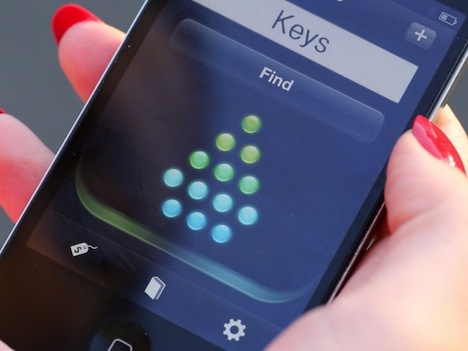 Whenever I leave the house, I always make sure I have at least three things: wallet, key and cell phone. The wallet is easy to find, as it's a bulky object (not because of cash!), and I almost always have my phone because I'm checking it regularly. But keys? Well, those are easy to forget and even easier to lose.

Hone, a new app being promoted on Kickstarter, promises that you'll "never lose your keys again"... assuming, of course, you never lose your phone either. Using a simple Bluetooth keychain and your iPhone, you can run an app that points to where your keys are. Press a button, and the keychain will vibrate so you can hear it when's it buried beneath a pile of papers or slipped between sofa cushions. It's a simple design idea that's already raised $76,000 out of an initial goal of $46,000, with a week to go. 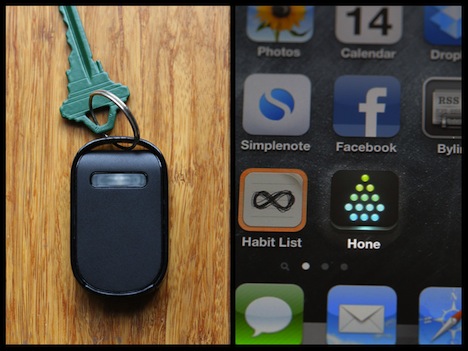 Many pixels have been, um, spilled (to butcher the metaphor) about how Apple's App Store has launched a flurry of creativity and its own microeconomy as programming wizards and UI experts swarm to create beautiful apps with daily functions. But not as much is said about how Kickstarter is facilitating the creation of Apple accessories, ones that interact with the iPhone as an actual physical object.

Industrial designers, take note: What's interesting is that Hone follows in a series of Apple-related Kickstarter projects that have shot well past their original goal. From the TikTok Watch, which shot past its $15,000 goal and raised nearly $950,000, to the Glif, which aimed for $10,000 and received $137,000, it's clear that designing with an Apple product in mind is a good way to not just meet your funding goals but exceed them.

Sync Your Keys With Your iPhone