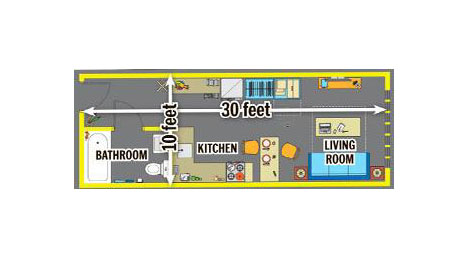 From Harlem to Hell's Kitchen, Little Italy to the Lower East Side, Manhattan used to be all about buildings bursting to the seams with families. But while NYC's outer boroughs still retain that model, Manhattan has taken a sharp turn in a different direction. Today a staggering 46.3% of Manhattan households consist of just one person, making it, in the words of AP News, "the U.S. capital of solo living." Which isn't cheap—the average price of a single-person studio is now $2,000 a month. But now, under direction from NYC Mayor Michael Bloomberg, design is being called upon to address this trend.

Yesterday the Mayor's Office announced the adAPT NYC Competition, which seeks designs for rental apartment buildings featuring "micro-units" of just 275 to 300 square feet—a significant step as up until now, NYC laws have required apartments no smaller than 400 square feet.

A test building at 27th Street and 1st Avenue has been allocated to receive the winning design:At least 75 percent of the units in the building will be micro-units, which are expected to measure approximately 275 to 300 square feet. These efficient, self-contained units will include kitchens and bathrooms. The... design guidelines encourage the development of a mixed-use building with apartments that have substantial access to light and air to create a sense of openness. Responses will be judged on affordability and competitive land purchase price; innovative micro-unit layout and building design; and experience developing housing in New York City....

"adAPT NYC is a fantastic opportunity to create a model of housing that could be replicated in other locations and contexts to expand New York City's housing stock," said [Department of Housing Preservation and Development] Commissioner Wambua. "We're looking for creativity, affordability, imaginative design and responsiveness to the needs of real New Yorkers. Show us something we haven't seen before that is ingenious, sustainable, replicable and practical, and we will work with you to make it a reality."

Interested designers should plan to attend a pre-submission conference on July 31st at the American Institute of Architects' Center for Architecture on LaGuardia Place. 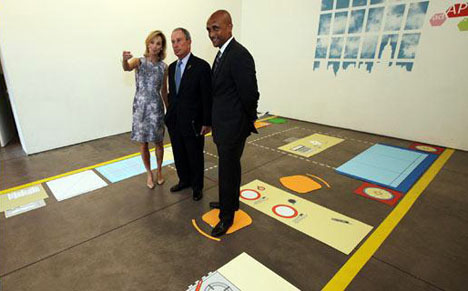