A Bottle Opener That's Wrapped Around Your Finger 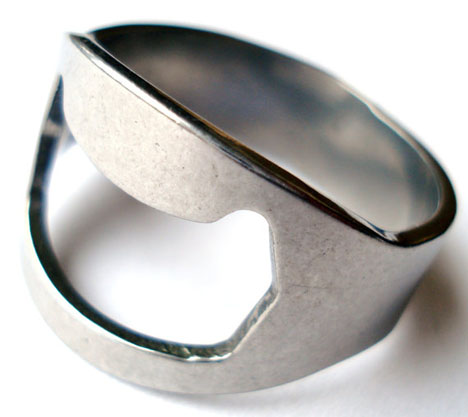 At barbecues, I'd swear that guests use the bottle opener once and then throw it in the bushes; at some point at every social function it seems to go missing, resulting in a roundabout game of Operator meets "Dude have you seen the bottle opener?" while your unopened IPA sits there and sweats rather than fulfilling its destiny.

Seattle-based Spanish teacher Jared Fiorillo does jewelry-scale metalworking when he's not slinging prepositions, and his self-produced Ring Bottle Opener ensures you'll always have one on hand, or on-finger. (This would've made a nice entry for Hahn Academy.) 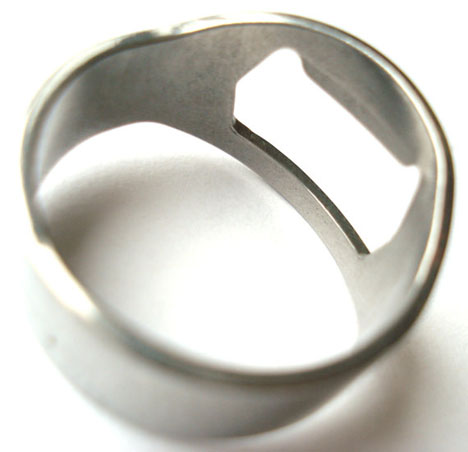 Fiorillo provides no photos of how it works, but we assume you keep the thing on and just knuckle the cap right off of the bottle. He sells them for sixteen bucks on Etsy and they even come with this fee-ancy little white box: 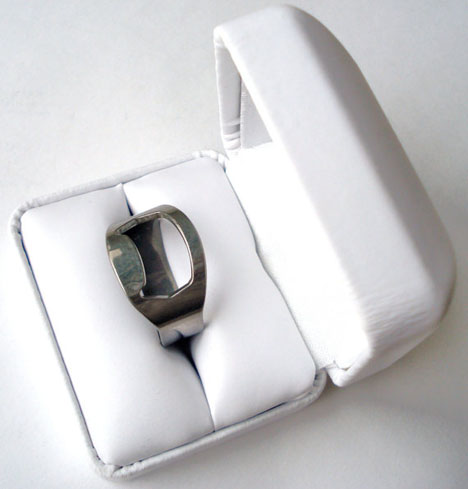 I propose we drink some beers

I propose we drink some beers

A Bottle Opener That's Wrapped Around Your Finger