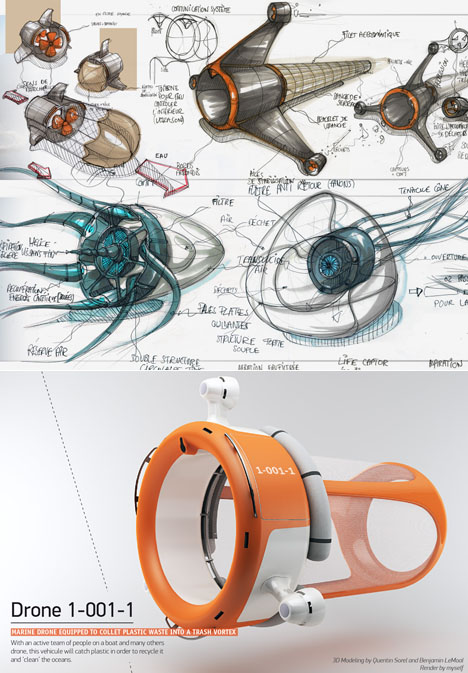 We were all disgusted to learn of the garbage continent floating in the Pacific, and now it turns out there's a whole bunch of them in the other oceans as well. That garbage isn't going anywhere; it's slowly decomposing and poisoning our oceans, and it's just a matter of time before it winds up in our own bodies.

Developed with fellow French International School of Design classmates Adrien Lefebvre, Philomene Lambaere, Marion Wipliez, Quentin Sorel, and Benjamin Lemoal, the Drone would patrol the oceans autonomously, sucking plastic bottles and garbage into its maw like a butterfly net. A sonic emitter would send out an irritating signal to deter aquatic life, ensuring that only trash goes in. The Drone would then dock with a nearby mothership, where a crew would crane the garbage up for collection. 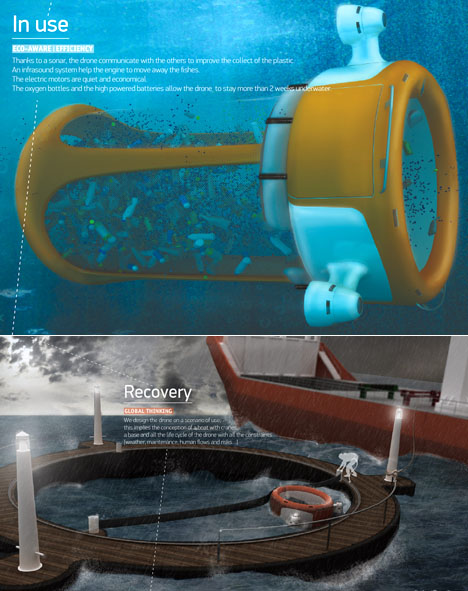 It's a great concept, and we'd love to see it tested out closer to land first; for starters, they could use a couple of these to clean up New York's East River. Sure, the thing would occasionally get clogged with cement-shoe-wearing mob informants, but better to work the kinks out here before setting up the deep-sea-going mothership.

Check out the rest of Ahovi's book on Coroflot.