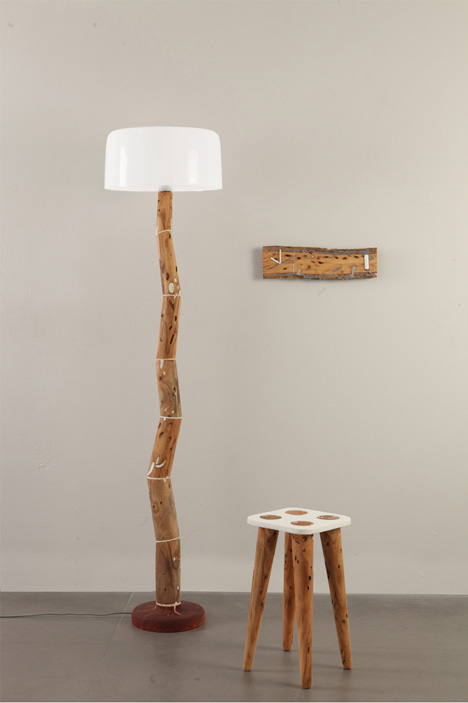 Israeli designer Yaron Hirsch recently completed his second degree at Bezalel Academy of Arts and Design in Jerusalem, and he's pleased to present his undergraduate thesis project "Animal - Vegetable - Mineral" at the Bezalel Graduate Show starting next week. The three-piece collection is something like a cross between Hilla Shamia's "wood casting" and Hooker & Co.'s beetle-infested table, with a 'timely' twist. While some species of the longhorned beetle family are considered to be pests, there's no denying that there is a unique charm to caterpillars' meandering paths through Eucalyptus branches. "After every life cycle, a beautiful web of holes and tunnels decorates the tree's branches left behind by the caterpillars... In this project, the damage of the caterpillars to the tree is translated to functional and aesthetic elements." 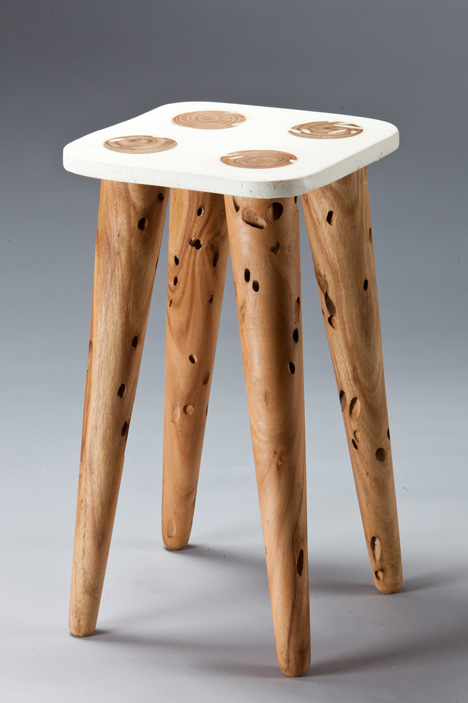 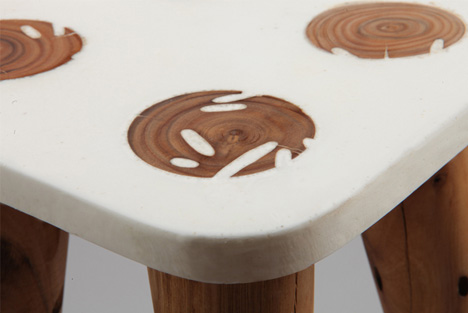 The name, then, refers to the beetle, the tree and the plaster that Hirsch has poured into the tunnels—the plaster actually serves to join the components of the stool and the floor lamp—an oblique nod to 20 Questions and the curious aesthetic he's achived with the collection, which might invite as many queries. Thus, "the life of the tree, the caterpillars behavior and the filler material are all foundations in creating the group of objects." 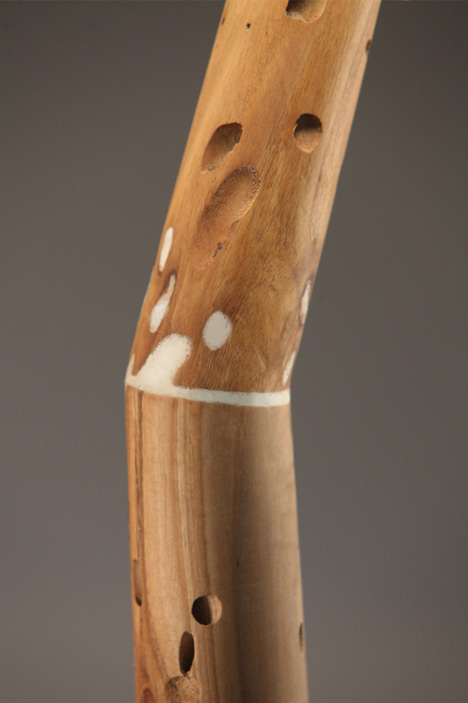 Don't miss the video, after the jump: 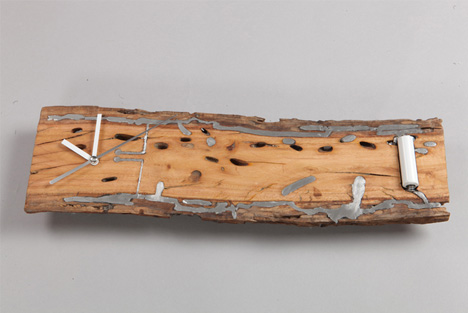 As for the twist? The tin-filled veins of the clock actually carry the current from the battery. 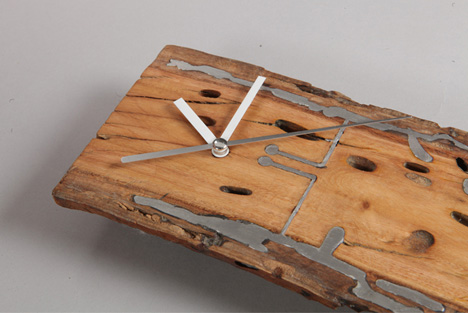 The Bezalel Graduate Show opens on July 19, 2012 and will be open daily except for Saturdays until August 3, 2012.