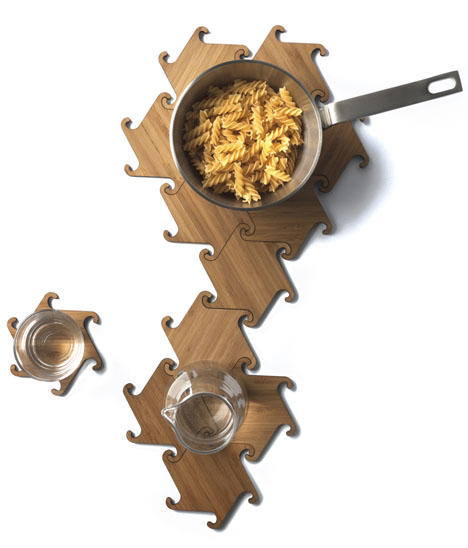 Digital manufacturing maven Michiel Cornelissen is at it again. At first blush his latest design, Zesch, appears to be the world's worst ninja throwing star; in fact it's a cool set of coasters that interlock, allowing you to use them as trivets for hot things larger than a highball. 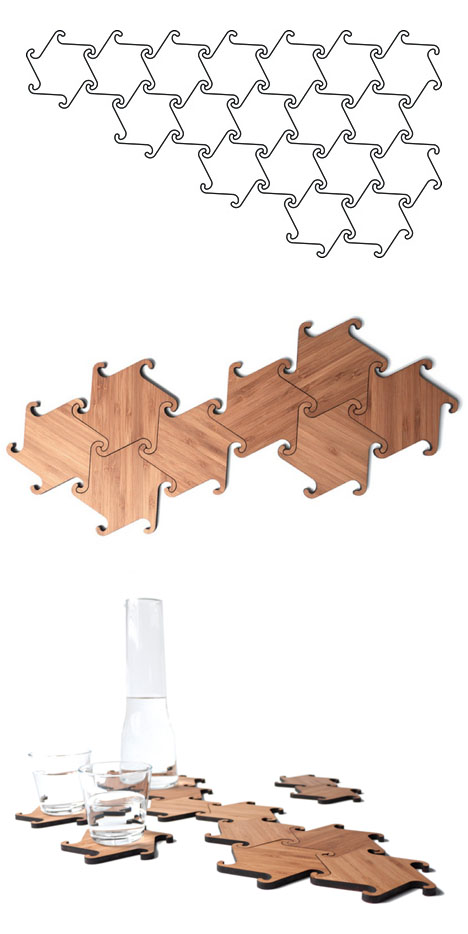 Cornelissen generated the shape using Grasshopper, a graphical algorithm editing program for Rhino users, then had them cut from sheets of bamboo via a laser-cutting machine that may or may not have been operated by a ninja. A set of 14 will run you about 70 bucks, and they've just gone live on his site today. 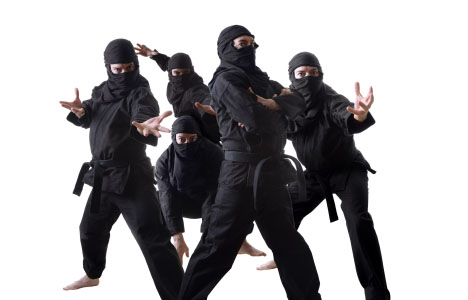