Different Designs for Shooting with an iPhone 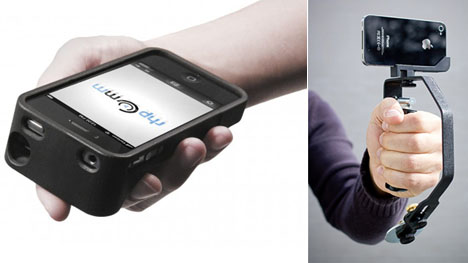 I've become an expert at this sort of awkward, clutching grip I use when shooting with my iPhone: 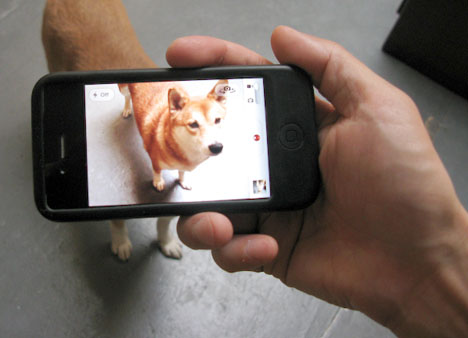 And most of you probably look like this when you shoot with yours:

A company called RHP Media reckons there's a better, more ergonomic way to shoot. Their MirrorCase (and attendant app) for iPhone allows you to hold the camera lower and shoot from the top of it, rather like pointing a remote control at the TV. A physical mirror inside the case directs the image towards the camera lens, and the MirrorCase app's software flips the image into the proper orientation. 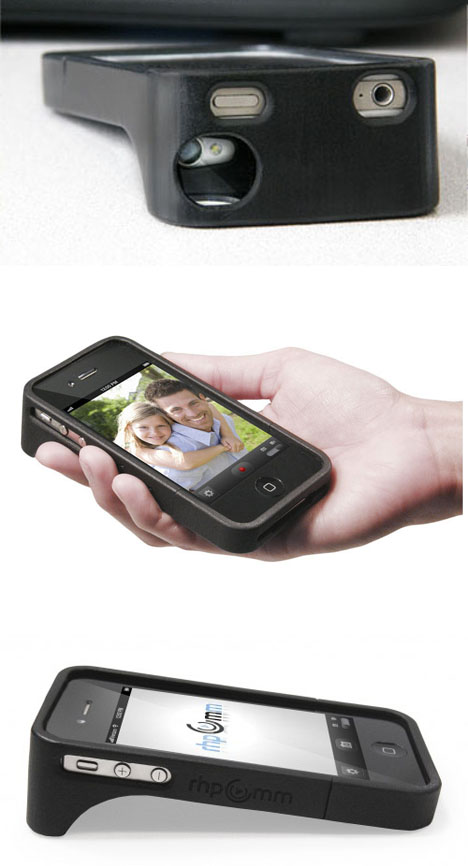 The case admittedly renders your phone too bulky to slip into a pocket, but RHP is hoping potential buyers will be swayed by a few additional benefits the form factor provides: The mirror also redirects the camera's flash, allowing you to use it as a flashlight; the "leg" on the front makes the screen easier to view when placed on a desk; and it also provides a little purchase for your shoulder when attempting to cradle the phone with your head. 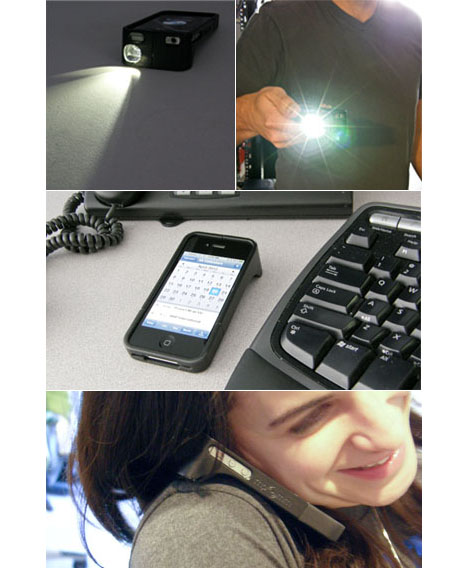 Although I've gotten good at my clutching method, and despite the iPhone's video stabilization, if I've had too many cups of coffee it typically shows in the video I capture. A team of brothers called Karim and Nadim Elgarhy, who are engineers by trade and amateur filmmakers on the side, have designed the Picosteady for shaky-handed shooters like me. Essentially a small Steadicam rig, the portable Picosteady is designed to be used with anything from a GoPro to a DSLR, and can be iPhone-rigged via a Glif.

The $139 buy-in will seem cheap compared to a store-bought Steadicam rig, but seems a bit steep to me considering the web is awash in DIY Steadicam tutorials. At a barbecue just this past weekend I ran into a clever actor who had rigged up an impressive three-gimbal Steadicam using PVC pipes and rollerblade bearings for about $50 in parts. Nevertheless, the Picosteady is nearly halfway towards their $15,000 goal with 28 days left, so it looks like the brothers Elgarhy will hit their mark.

Different Designs for Shooting with an iPhone