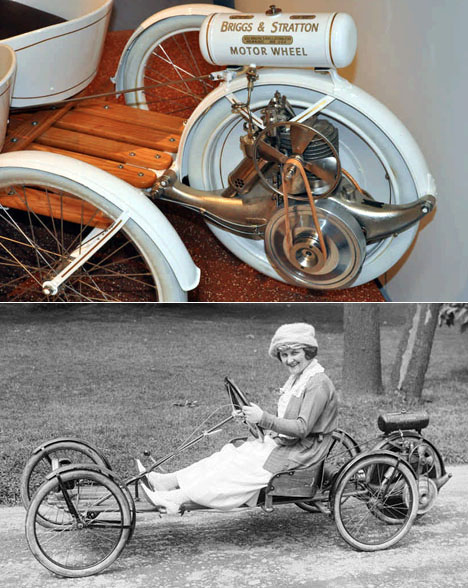 We've seen futuristic auto designs where the wheels themselves have electric motors inside of them; but as it turns out, that concept is not so futuristic after all.

In 1914 the A.O. Smith company, which made steel tubing for bicycles and eventually automobiles, introduced their Smith Motor Wheel. It was a small gasoline-powered motor attached directly to a wheel, originally intended to be used for a power bicycle. 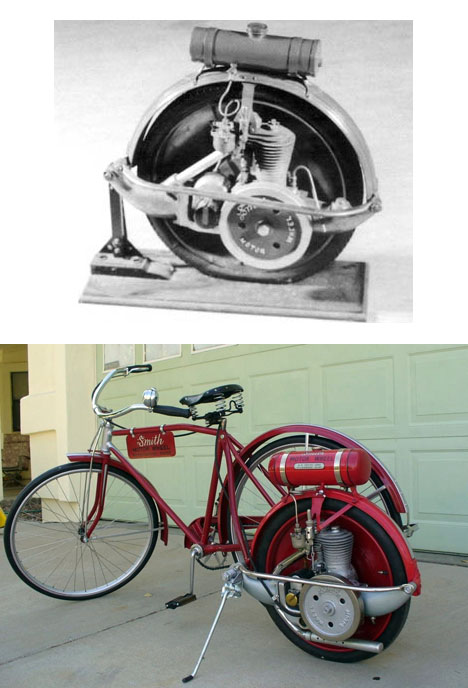 The company then evolved the bicycle into a two-seat, four-wheeled frame made of lightweight tubing, and stuck the Motor Wheel in the rear center, like a tail, to provide power. They called the resultant primitive car the Smith Flyer. 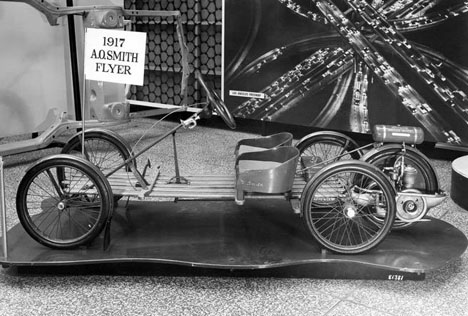 To be clear, the four main wheels have no power whatsoever. With this interesting design, the powered fifth wheel was raised up off of the ground and started. Once running, the operator used a lever to lower the wheel into contact with the ground, and the vehicle began to move. The "brakes" were pretty crazy: Another lever caused the rear fenders to collapse down onto the tires, slowing them through friction.In 1919, the Smiths sold the rights to the Flyer to an upstart automotive company, who eponymously rebranded it the Briggs & Stratton Flyer. It seems to be, in collectors' circles, the more well-known of the two. 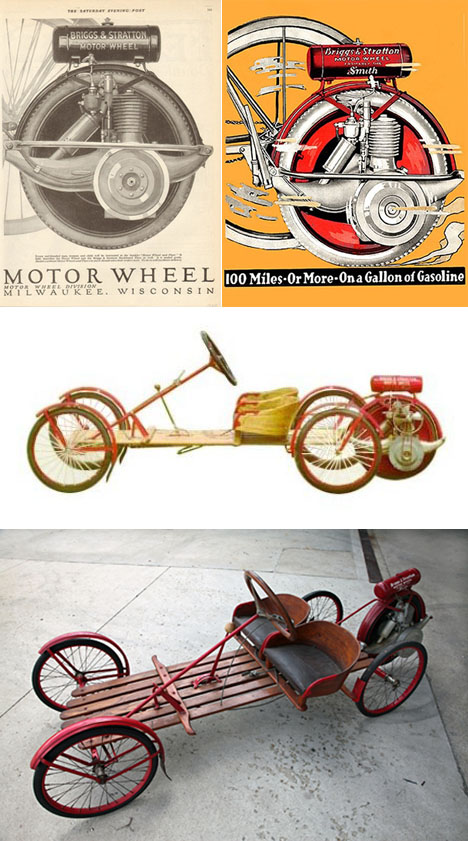 Check out this video where the owner of a Briggs & Stratton walks you through the various features (how 'bout that "suspension" system?):