Student Concept Designs: Where Do You Draw the "Suspension of Disbelief" Line? 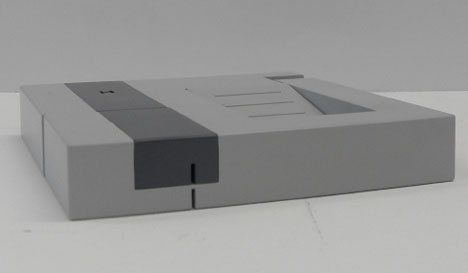 At an industrial design program, students are taught the fundamentals of design. They're also encouraged to branch out with the experimental form factors they'd never get away with at a real-life design firm where there's big money on the line. So student concept work, by necessity, gets cut a little slack in the reality department, as you want to leave their creativity unfettered. But the question I have for you all is, where do you draw the line? Isn't there a base level of research and understanding of the problem being solved that is an absolute requirement?

Knowing I'm obsessed with sewing machines, someone sent me a link to this folding sewing machine concept from the New Designers graduate show in London. I almost wish they hadn't, because I worry that concept work like this can give industrial design a bad name, particularly when it gets the amount of press it's been receiving. To me, this particular design demonstrates a lack of understanding of the problem being solved; but some of you might argue that's a virtue. Read on. 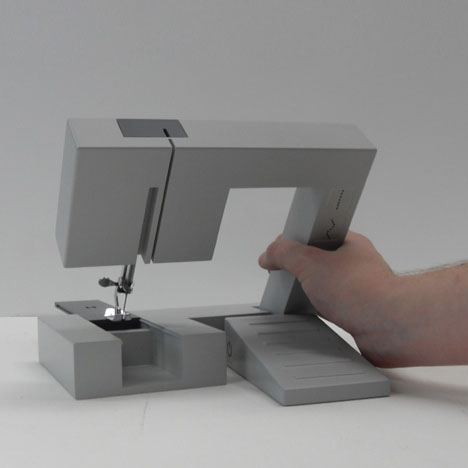 The initial idea is laudable: To design an unintimidating sewing machine that folds flat for storage and is easy-to-use, therefore encouraging more people to mend their own things. That's all fine and good. The problem I have with it is that the designer seems to not have done any research to understand how people actually use sewing machines, and how they physically work. 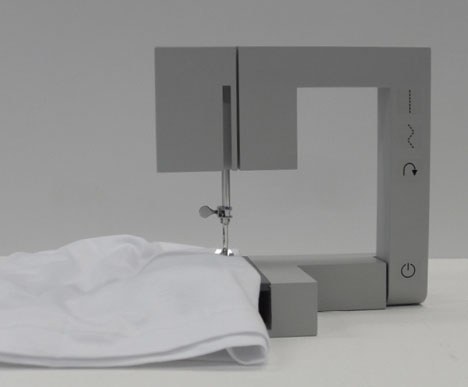 First off, the concept has just two buttons for stitch selection: A straight-stitch and a zigzag. But there is no interface to adjust the stitch length and zigzag width, two very crucial details in sewing. This is sort of like having a table saw that only cuts at one height, or a car that can only turn to round a 50-foot radius corner, nothing larger or smaller. Secondly, there is no handwheel. The handwheel you see on the right of every sewing machine is what the sewist uses to do precision work, and either a handwheel or a needle up/down button is an absolutely necessity for starting or stopping the sewing process. Absent this, there would be no way to remove the material if, say, you let off the pedal and the needle wound up in the "down" position, piercing the fabric.

Thirdly, there is no visible means to raise and lower the presser foot. Again, actual sewing would be impossible without this feature.

Fourthly, the actual thread is not exposed; there's no spool pin at the top where it would go to feed into the machine. I've seen modern machines that hold the thread inside the arm of the machine in a sort of cartridge, but these are made transparent so the sewist can tell when the thread is going to run out—a crucial detail if you're in the middle of a lengthy stitch that will be exposed to view on the finished garment.

There's also no mechanism to wind a bobbin. Every lock-stitch sewing machine has a built-in capacity to get thread from the spool wound onto the bobbin, as you cannot sew with just a spool.

Beyond that is the thing we're presumably supposed to let slide: There is no allowance in the body for a motor. That seems to be something often omitted in student concept work, explained away by saying "Well, in the future electric motors will become tiny, so you could fit a 1-amp motor in the such-and-such part."

I can ignore that last bit, but not the previous five points. So, back to the question: If a student designer is developing a concept, oughtn't they demonstrate a thorough understanding of the object being re-designed, and how humans actually interact with those objects? If you're designing a hammer, shouldn't you drive a few nails first, pick up a magazine about carpentry, or talk to a contractor?

Or do you think the sort of "magic box that can do anything" nature of this particular concept is necessary in the design world, and that some ignorance of the actual process is a good way to achieve a breakthrough? Someone might argue that designers familiar with all of the existing form factors might be bound to design things too similar to what exists, as they are unable to get outside of the established design box.

I don't hold that last opinion, but I'm just one guy. I'd like to hear what you think, and I hope we can get a decent mix of both students and working professionals sounding off.