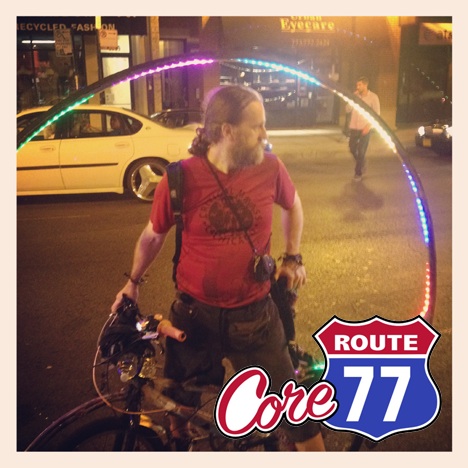 After a month on the road, Dave's finally made it to the Heartland, doubling back from the East, South and West to the Great Plains en route home to Boston. Keep up-to-date with all of the adventures on Route 77 by following @DaveSeliger on Twitter! 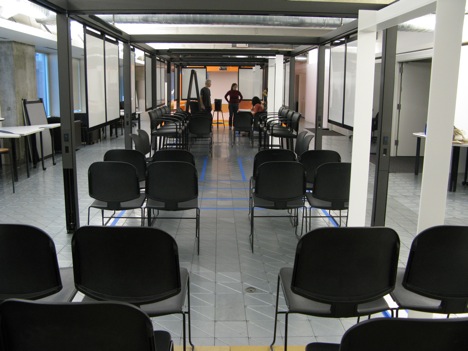 Just days before I arrived in Chicago, I stumbled across Greater Good Studio's Kickstarter project to reshape public transit in the city. (This was before we featured the project here on Core77, so I like to think I got the exclusive scoop, even if it's a week late!) George and Sara Aye, the founders of Greater Good Studio, are truly putting their money where their mouth is. "I always said I was going to do these things," George said, referring, of course, to using design to solve society's problems instead of a career where the project ratio is "one children's hospital to ten frozen pizza projects." George spent almost a decade at IDEO before leading the internal design team at the Chicago Transit Authority. Sara also "walked away from corporate innovation to social innovation," leaving an equally successful career at IA Collaborative. 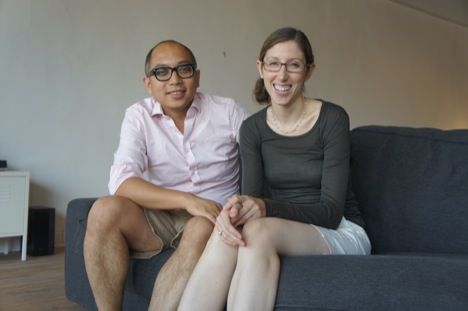 The goal of this past year has been to build a foundation and presence for the Studio, both in terms of local clients and the larger "conversation about design and social impact." The Ayes look to luminaries at Reboot, Project H, and IDEO.org, among others, for leadership in the field. However, this conversation about social innovation is happening almost exclusively on the East and West Coasts, with little growth in the states in between. "We would like to prove that this is worth doing," said George. "There are ways to help people other than pro bono and traditional consulting. It's hard—if it was easy, everyone would do it." 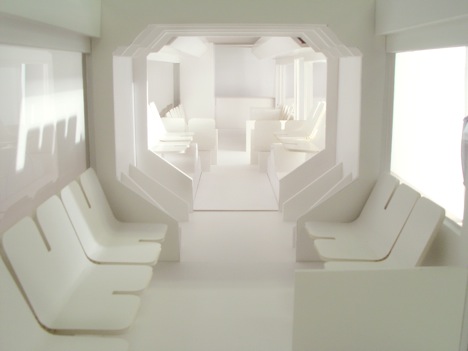 Being successful in the field of social innovation, though, means finding a business model that fills this void between contemporary notions of profitability and the starving NGO worker. Panthea Lee of Reboot once mentioned something similar to me about the failings of NGO's and how to succeed in the business of saving the world by acting like a for-profit company. This is the exact approach the Ayes are taking: operate as a non-profit studio with the mentality and business acumen of a for-profit institution.

"We didn't know if anybody would say anything or if there would be crickets," said George Aye of the Studio's launch. Shortly after, the Ayes received a call from Northwestern University's Kellogg School of Management to teach innovation to MBAs. "Suddenly we were experts," said Sara. "If we're saying we are, then we better be," said George. The classroom served as a petri dish both for the students to learn new skills and for the Ayes to learn what it means to teach design. One project had the students shipped off to Africa and Asia to explore emerging markets where "the challenge is designing when there is no obvious client." The lesson learned was one of finding innovative solutions that are sustainable and "financially sound" through some sort of "commercial value." 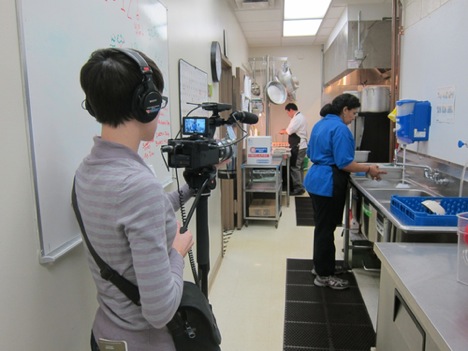 Another project through the School of the Art Institute of Chicago had students "putting GoPros on 6-year-olds" to discover the inner workings of elementary school cafeterias and why kids weren't eating during lunchtime. The Ayes described the problem as one of "metrics" or defining standards by which designers and government employees alike can measure success; the wrong metrics, however, can make a problem look like a success. In the case of elementary school cafeterias, participation in lunch was through the roof, yet actual consumption of food was minimal. The Ayes introduced the adult concept of courses, which dramatically increased consumption.

Now the Ayes are returning to George's old colleagues at the Chicago Transit Authority and have set their sights on improving the experience of the public transit rider. "The biggest challenge," said George, "is how do we talk to the public about something they didn't even realize was a problem?" 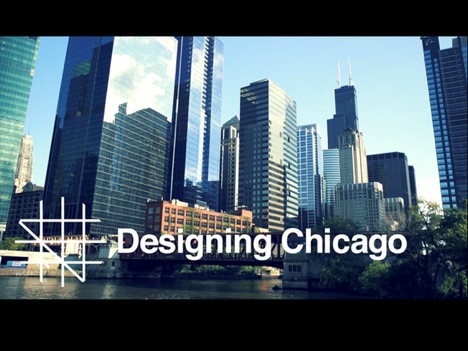 Notes From the Road 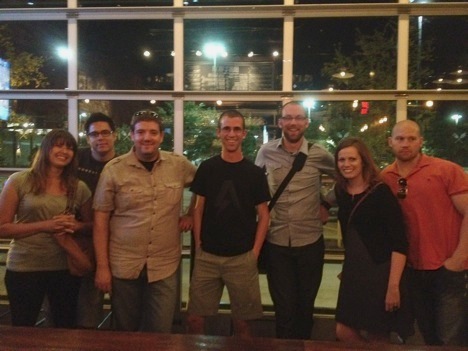 The AIGA Omaha crew and yours truly

Chicago was a blast—I expected nothing less—but Omaha? Until I visited, my only concept of the city came from George Clooney's turn in Up in the Air, which presents a really depressing image of the city. But I resolved to find something bad-ass about Omahaan email I received at the beginning of this trip, and I'm happy to report that I didn't have to look very far.

I would like to take a moment to publicly declare that "OMAHA IS F***ING AWESOME." 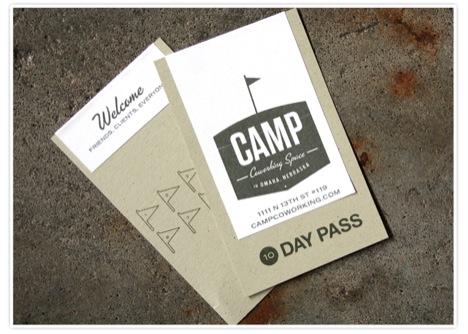 First up, Omaha is home to Kristin DeKay and the guys at Grain & Mortar. Kristin gave me an inside look at The Mastercraft, a converted furniture factory that now holds a plethora of up-and-coming design shops like Minorwhite Studios, TACKarchitects, and SecretPenguin. I was lucky enough to give another talk (my best one yet) at AIGA Nebraska, hosted by Craig Hughes. Any city that lets me talk for an hour about design in front of twenty people easily becomes my favorite. 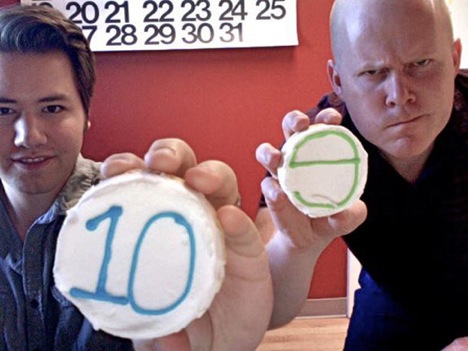 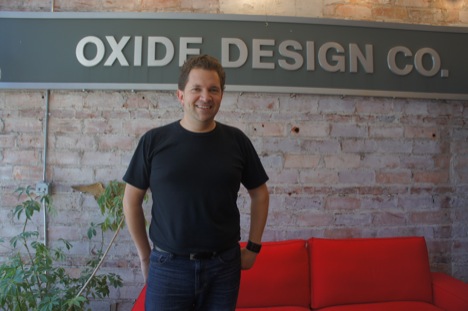 Omaha is also home to Oxide Design's Drew Davies, who sits on the national board of AIGA. Omaha is not an important city to design at all. Nope. 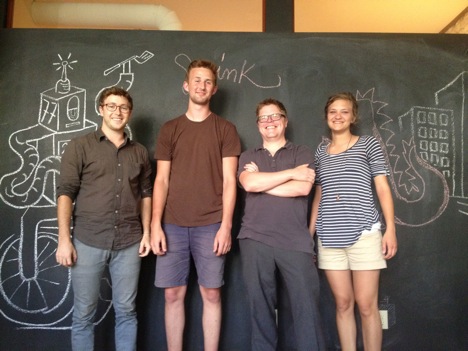 Last but not least, Swink of Madison, WI, invited me by for cold beers on their rooftop. Most of that conversation is unprintable. Here's your shout-out!