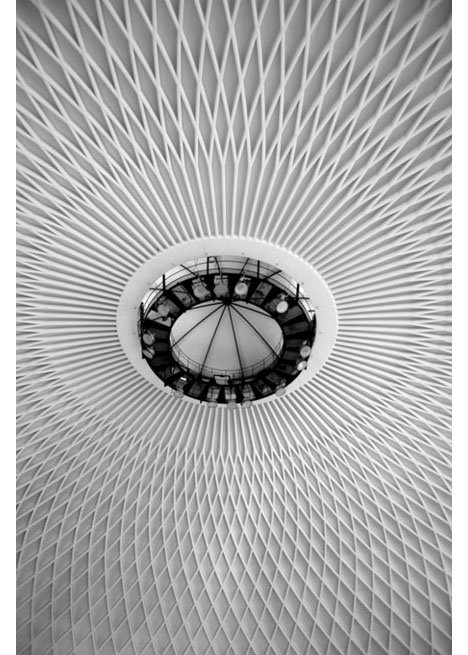 I was poring over TyrerTecture, architecture student Nick Tyrer's blog primarily detailing his fascinating digital fabrication experiments, when the photo above caught my eye mid-scroll. This one's not one of his projects; it's a photo he shot in Rome of the Palazzetto dello Sport, otherwise known as the basketball stadium for the 1960 Olympics, designed by Pier Luigi Nervi. (The structure still stands and has been used to hold a variety of athletic events.) 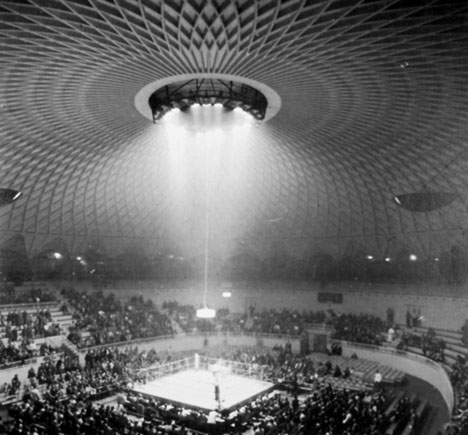 Nervi was what's known in Italy as an ingegnere edile, which literally translates as "building engineer" and in practice is something like a cross between a structural engineer and an architect. He's also been called "The Great Italian God of Concrete." A student of ancient architecture as well as an early proponent of reinforced concrete, Nervi proved to be a designer who could masterfully blend techniques from the past and future to create a compelling present.

For the Palazzetto dello Sport, Nervi drew upon the geometry-based domes of ancient Roman architecture and combined it with reinforced concrete and radical-for-the-era prefabrication techniques. His design for a ribbed concrete dome, more than 60 meters in diameter and supported on the exterior of the building by Y-shaped concrete buttresses, was cast in prefabricated sections and snapped together in just 40 days.

Now that we live in an era of 30-story buildings going up in 15 days, 40 days may not sound like a short period of time; but consider that Nervi masterminded this thing using technology from 1957, the year the Palazzetto went up. If time-traveling ancient Romans could see the building and hear Nervi's nickname, they might ask who the Italians were, but they'd probably agree on the "god" part.