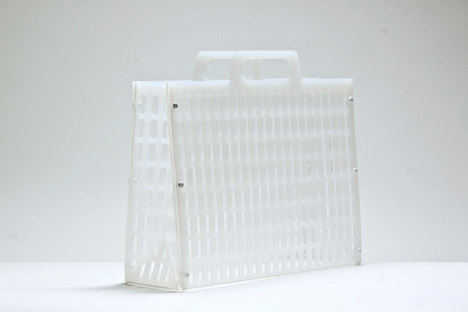 Designer Joseph Guerra, who recently completed his degree in Furniture Design at RISD, is pleased to present the "Oaxaca Case," part of his senior thesis.The briefcase is an archetype with connotations of luxury and gentrification. This polypropylene case references the material and formal language of generic shopping baskets from grocery stores, which is where the pattern on this case is derived from. I redefined the typology of the briefcase through material and production technique. I glorified plastic and the archetype of the generic plastic shopping basket so that this object would communicate the notion of unexpected value. The shopping basket exists as exactly what it needs to be and it does so in an efficient way and then I elevated this efficiency through the language of the briefcase. Choosing to reference this generic object allowed me to thoughtfully engineer new substance and significance into the briefcase, making the object appeal to the user in a more sophisticated way. This mix of the generic and the sophisticated results in a multiplex of uses. This bag could be brought to an interview or you could bring it to the beach. 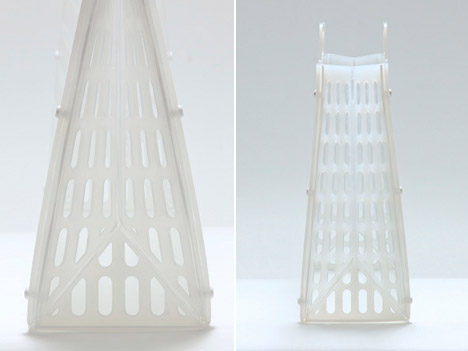 Guerra notes that the case takes its name from the Mexican state—"a place with beautiful beaches"—a nod to his heritage. "All in all it seemed like a fun name tied to some of things that are important to me as an individual and as a designer." 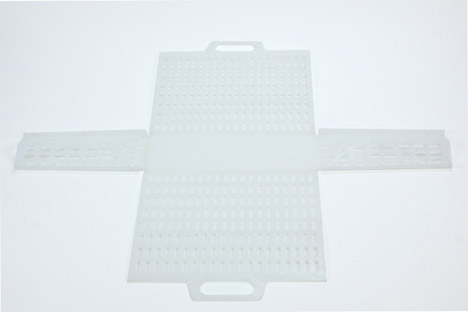 The polypropylene sheet is laser-cut—presumably to punch out the grid of holes—and scored by CNC at the perforations; the folded form is secured with a dozen snaps at the vertices. (It should go without saying that it's intended to ship as a flatpack, either to retailers or end users.) 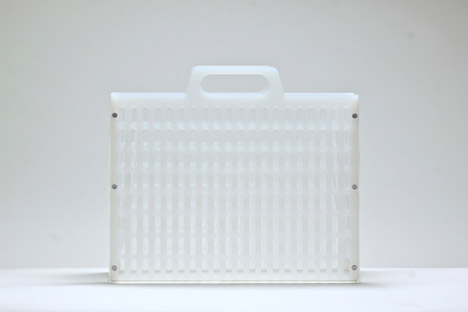 The photos are strikingly architectural, resembling a scale model of some kind of a ultramodern housing complex. Not to read into it to much, but perhaps it's also a comment on the sense in which one might 'live out of a briefcase'? 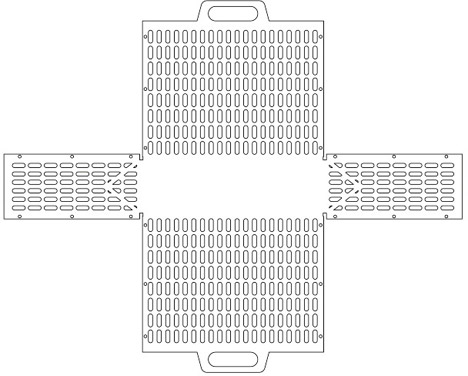 Conversely, it's remarkable how the flattened schema implies its three-dimensional form. 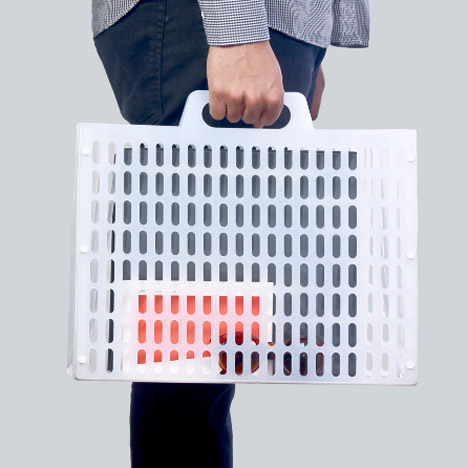 Be sure to check out the rest of Guerra's portfolio—it's a solid showing of his Dutch-inflected work.