A Flip Cup for Those of Us Who've Outgrown Flip Cup 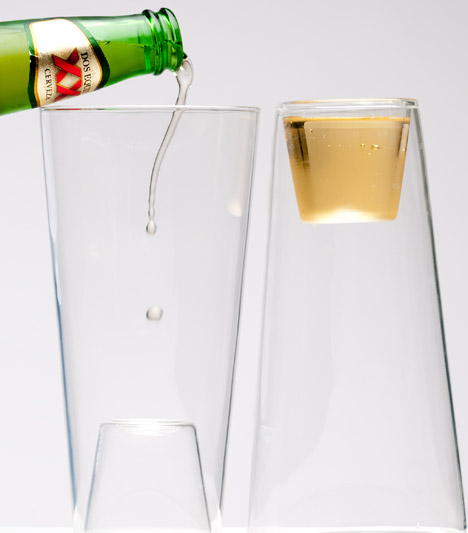 We've long held the notion that mixing beer and liquor isn't all too wise. Whether or not the order has anything to do with it is a hotly debated topic, though with Highwave's Beer/Shot glass your options are wide open. The Beer/Shot holds its own against your standard tall glass with its 16 ounce capacity, good for a pint's worth of brew. Flip it over, however, to use it as a shot glass instead (yes, we're well aware that you probably saw this coming—if the pics didn't give it away, surely the name did). 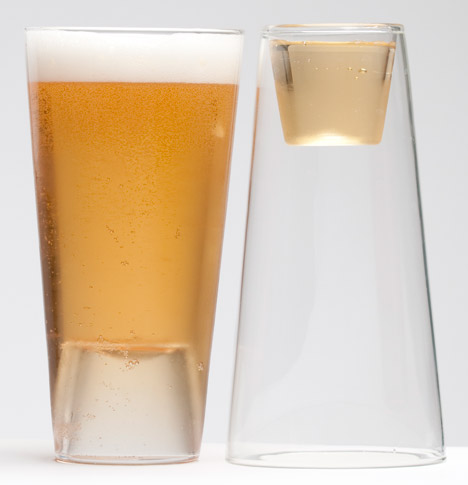 The glasses are mouth blown out of borosilicate glass and, surprisingly, are both stackable and dishwasher safe (lucky, since they were going to end up in there either way). After you're done knocking back a few, Highwave suggests flipping the glass shot side up and dropping in a votive candle (or, presumably, a tealight) for some ambiance over supper.

A Flip Cup for Those of Us Who've Outgrown Flip Cup

Mike B is the editor of GearHungry