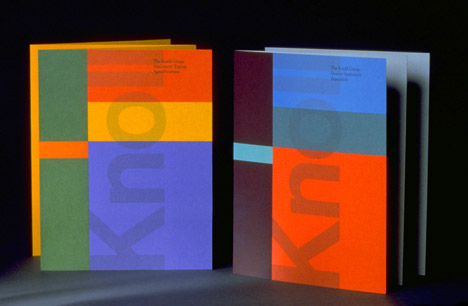 Who would've thought? Graphic designer Cathy Schaefer reunited with her classmate Ken Karlic after they parted ways upon graduating from the University of Illinois at Urbana-Champaign over 25 years ago. Although they're currently working together as Splice Design in Baltimore, Schaefer's career trajectory included an extended stay in New York, where she cut her teeth at Chermayeff & Geismar (she struck out on her own Mexico City before returning to the States). 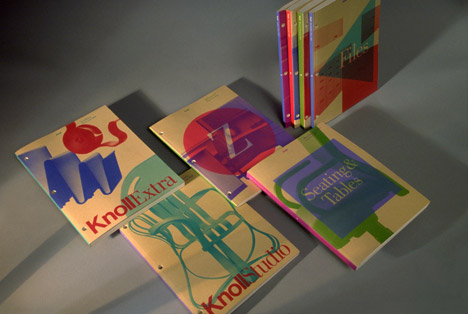 Knoll was one of her main clients during her time as Senior Design Director at the storied graphic design firm. 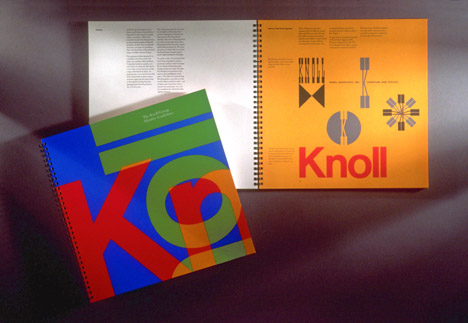 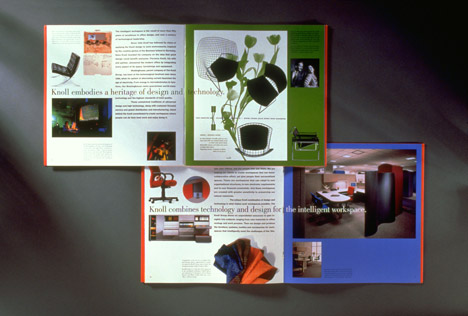 The work clearly reflects the Mid-Century Modern heritage of the company, yet it also looks so fresh that it could have been created two days ago... when she uploaded the images to her portfolio on Coroflot. 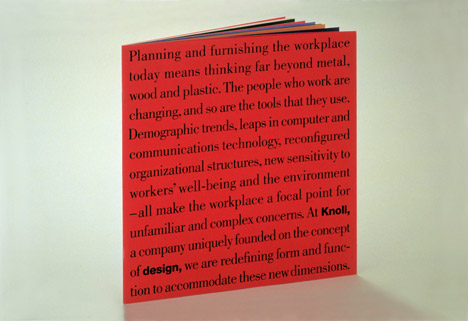 Inasmuch as the work speaks for itself, she provides only a brief description: "An updated graphic identity unites four merged companies under the umbrella of an international leader in modern furniture design."