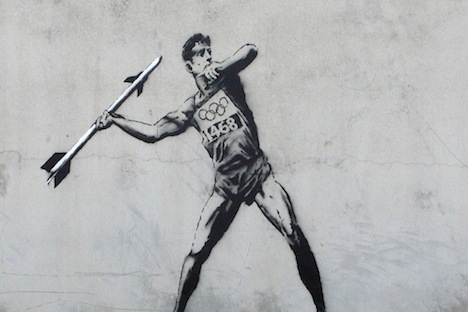 Let the graffiti games begin. With the Olympics just mere days away, street artists have been making their presence known around England.Â Even Banksy couldn't resist an opportunity to show his satirical support with these two new pieces. One stencil features a javelin thrower armed with a missile while the second is a portrait of an Olympic pole vaulter in mid-jump landing in the direction of a filthy mattress below. 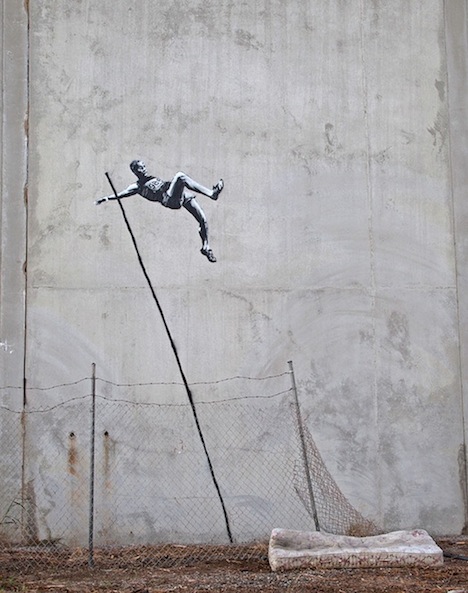 Equally impressive is other Olympic-themed work that has cropped up all over. This timely McDonald's jab (in case you aren't aware McDonald's will be the only French fries, or 'chips' sold at London Olympic venues) by an unknown artist was photographed by Pogorita outside the Brighton tube station. 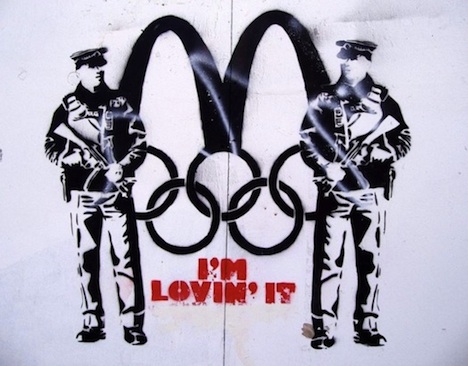 Even this piece of a female diver plunges headfirst into an open toilet captured by Tim Callaghan makes quite the provocative statement. And a multi-colored pigeon by Ronzo depicts city birds getting in on the action. 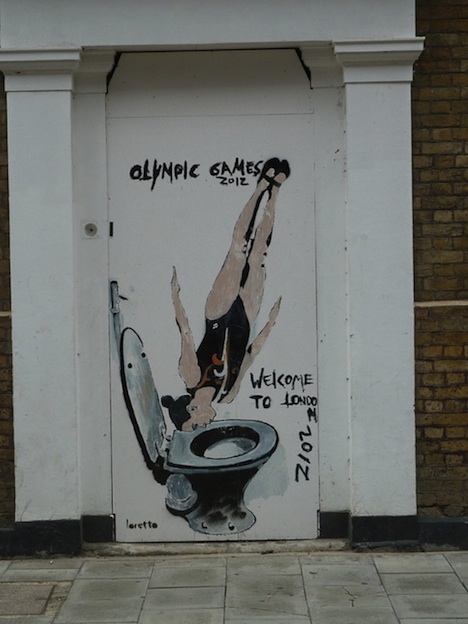 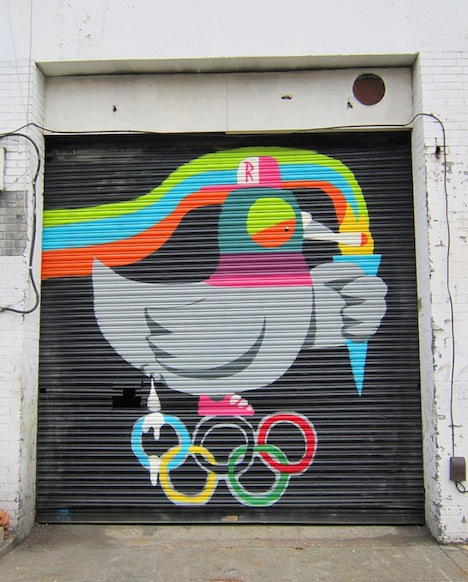 Seeing beautiful street art in London? Leave a comment on where we can see more work below!