These All-Glass Houses are Sweet... If They're Real 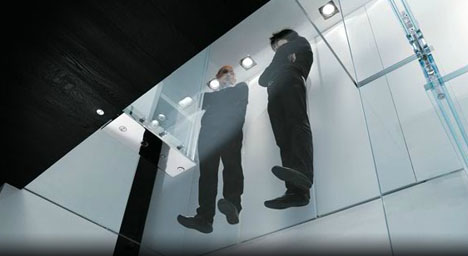 As revolutionary as it was for the time, Philip Johnson's Glass House could not be made entirely from glass; the technology simply didn't exist in 1949. But as we saw with Apple's Fifth Avenue cube and their insane staircase in SoHo, times have changed for glass.

Speaking of which, Italian architecture firm SantambrogioMilano appears to have created not one, but two houses made entirely from glass. 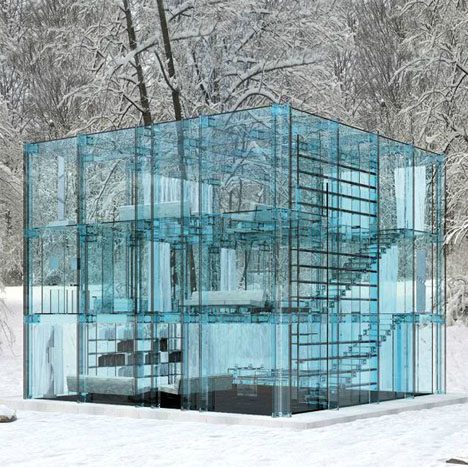 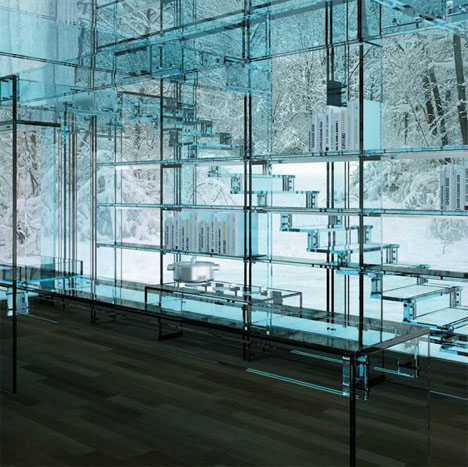 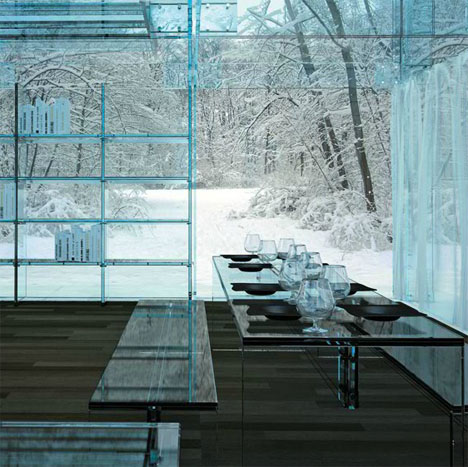 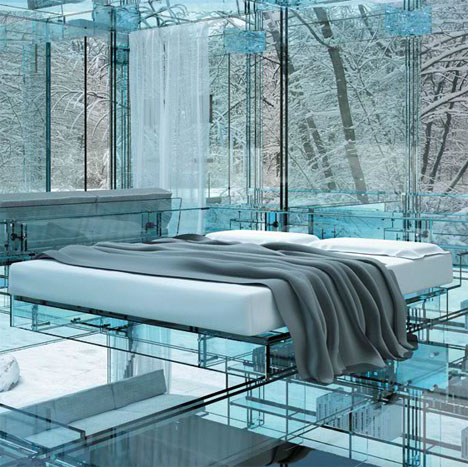 Caveat: I say "appears to have created" because the firm's website provides no details about the houses themselves, and indeed does not distinguish whether they are actual standing structures or merely concepts. I'm leaning towards the latter, primarly because photos of the house sited near the coastline (below) look suspiciously render-ey. What do you think? 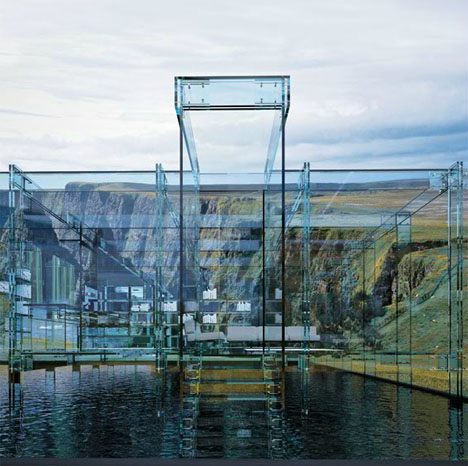 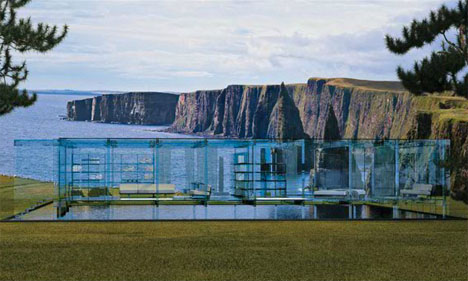 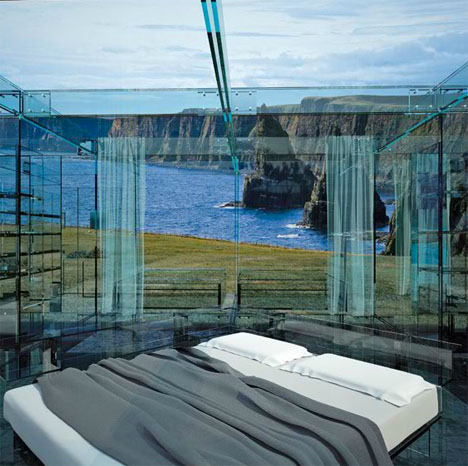 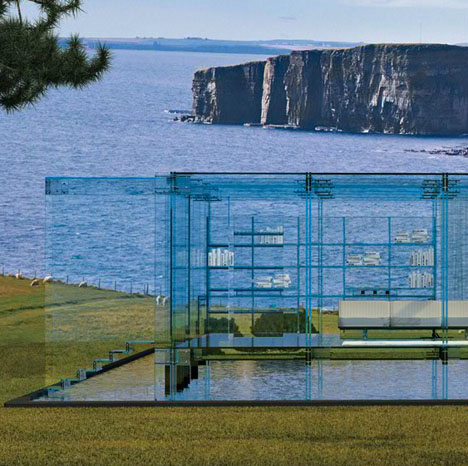 If the houses are not real, hopefully some corporate patron of architecture will come along and use their deep pockets to make them a reality. Candidate number one: Whomever the parent company of Windex is.