Tactus Technology Can Make Physical Buttons Rise Up Out of Touchscreens 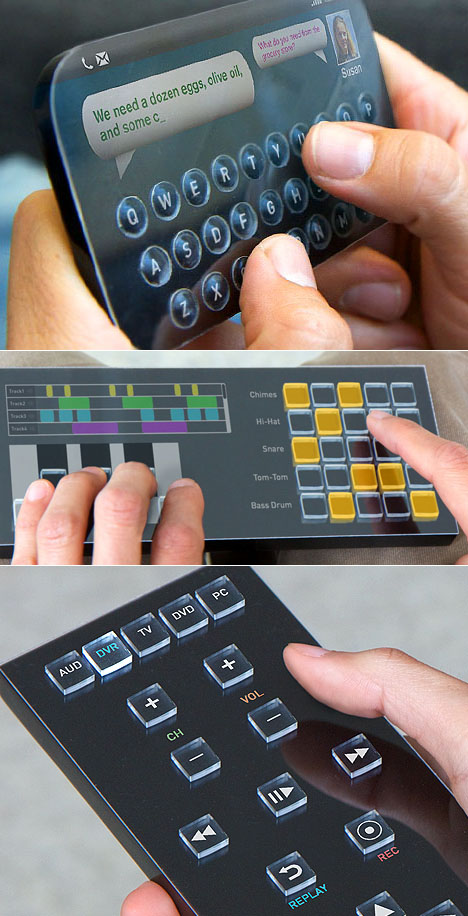 From an interface perspective, the analog-to-digital evolution I've had the hardest time adjusting to is touchscreens replacing buttons. I used to be so fast at banging out texts on my old Motorola, and the perfectly-calibrated click of each button provided tactile satisfaction. In contrast, I've been a daily iPhone user since 2007 and still make errors literally every time I type. It's maddening, but a trade-off I live with because there's so many other things I love about the phone.

If a company called Tactus Technology sees uptake, perhaps I'll be able to have my cake and eat it too. Tactus has developed a new touchscreen where buttons can physically morph up out of what seems like flat glass, then disappear when not needed. They manage the trick by incorporating tiny channels within the substrate, through which a liquid is pumped into button-shaped chambers, providing volume on demand.

The demonstration video doesn't provide as clear a view as we'd like, and the opening voiceover sounds like something James Lipton wrote, but it should give you the idea of what they're going for:

Tactus Technology Can Make Physical Buttons Rise Up Out of Touchscreens