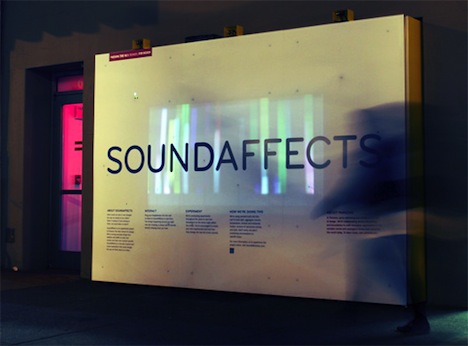 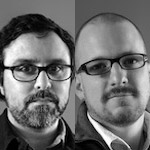 In an effort to show the city in a different light, the design group Tellart achieved it through sound. SoundAffects NYC transformed the mundane and routine sounds we hear everday into a harmonious and beautiful collection of sounds. In addition the sounds were composed with the aid of various sensors measuring light, temperature, and movement. All of this came together to produce a truly unique sound that describes the diversity and complexity that is New York City. As our jury explains: One of the few projects analyzed by the team which was chosen unanimously! The winning professional is SoundAffects NYC for Parsons the New School for Design. The project is an interactive installation in the form of a wall with embedded sensors, cameras and light components, installed on a street in New York City. The wall "listens" to the ambient sound and translates the noise into a unique musical composition.

We watched the live stream on the design awards site. Was nice to see it happen in real-time.

SoundAffects was only a two-week event, although we look forward to installing more projects like it in the future. The response was fantastic and we had an amazing time working with Mono and Parsons to create it.

The weather on installation day was fantastic and rain was the furthest thing from our minds, but about midway through the 2-week installation, New York city was hit with some intense rains and our wall actually flooded. The cameras and sensors became waterlogged and various components were ruined. We scrambled to find replacements and get it all up and running again, and it ended up being fine- the cool part is, we labeled the incident on the project's timeline so you can actually go back in time and listen to what it sounds like when the rain started, when our sensors went down, and finally, when we were up and running again and the sun came out.

What was an "a-ha" moment from this project? The evening the red falafel truck spent a couple of minutes hitching up and driving off for the day. It was magical to hear something so pretty and then point to something utterly dull and say "that's why." It was absurd to the point of being sublime. I think it says a lot about how we see the world. 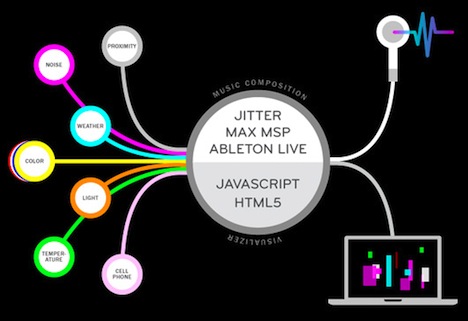