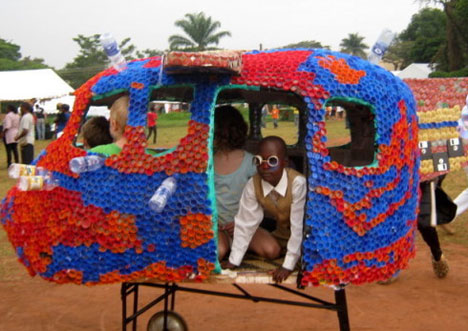 In March of this year, the annual TED Prize was awarded to City 2.0. The $100,000 prize has historically been awarded to an individual (last year to artist JR), but with City 2.0, the award went to a platform "where citizens, leaders and corporations can connect to identify and support ideas for the future of their cities." City 2.0 planned to distribute ten $10,000 prizes to crowd-sourced programs impacting communities globally. 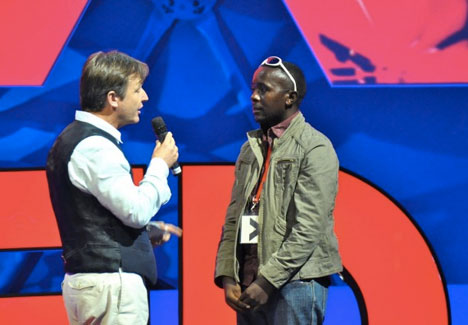 Now that it's been a few months, City 2.0 is in full-swing, having awarded five of the $10,000 grants since March to recipients "working at the grassroots to make cities more sustainable, equitable, and beautiful" have received grants. Awards are being given in areas of key issues affecting cities: Education, Housing, Art, Play, Health, Safety, Transportation, Food, and Public Space. Ugandan artist Ruganzu Bruno Tusingware was awarded the most recent prize for "Play" in July, with his project "Recycled Amusement." 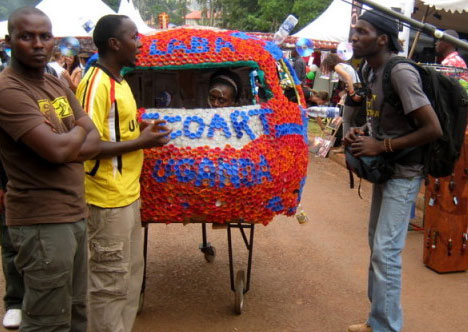 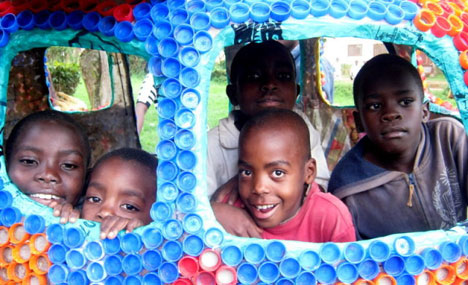 Tusingware's proposal involves a triple whammy of community benefits—recycling trash into a park for kids; creating a safe and much-needed refuge of play for Ugandan children; and building a loan program for women eco-artists in Uganda to develop their business ideas.The park, housed in the slums of Kampala, will be constructed of thousands of plastic water bottles. The project currently consists of an airplane made up of the material, and will be expanded into a full "amusement park" with the TED Prize money. Tusingware shifted from doing gallery art to socially-driven work with recycled goods while in school at the Department of Art & Design at Kampala's Kyambogo University. 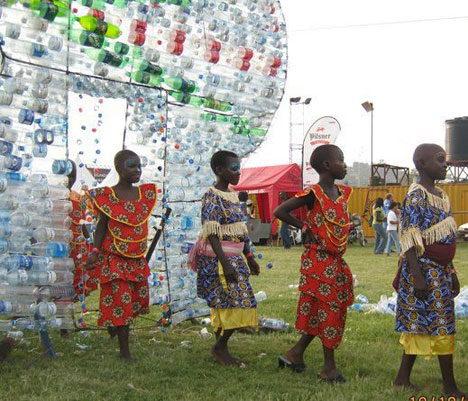 Back in March of this year, a few writer/thinker/TED-conference-attendees started tweeting questionably about City 2.0 receipt of the TED Prize. Brain Picking's Maria Popova, and our own columnist Helen Walters challenged the City 2.0 concept as oddly similar to Local Project's NYC crowd-sourced city change project, Change By Us. Founder Jake Barton told The Atlantic that he discussed his project with TED reps prior to the announcement in March, but had no idea where they were going with it.

There are similarities, and the TED folks obviously did their research into similar projects, perhaps using Change by Us as more than merely a jumping-off point. But, as Barton recognizes in The Atlantic article, crowdsourcing itself is an open-source model, where ideas are shared and adapted freely with others, for the benefit of many. So, as long as good change is coming out of it all—we all win. With the global influence and money behind TED, hopefully the projects supported really will alter the framework of cities in a good way.

Considering the children of Uganda, and what they face with disease and poverty, not to mention as recruits for guerilla armies, stories like Tusingware's make the small issues with TED's City 2.0 seem insignificant. The progress of Tusingware's project will be unveiled with TEDxCity2.0, happening globally on October 13, 2012.

"Art is unifying," Tusingwire said. "We can use what is around us to create treasure, employment opportunities, and make the environment better. There is a wonderful world of possibilities before us."