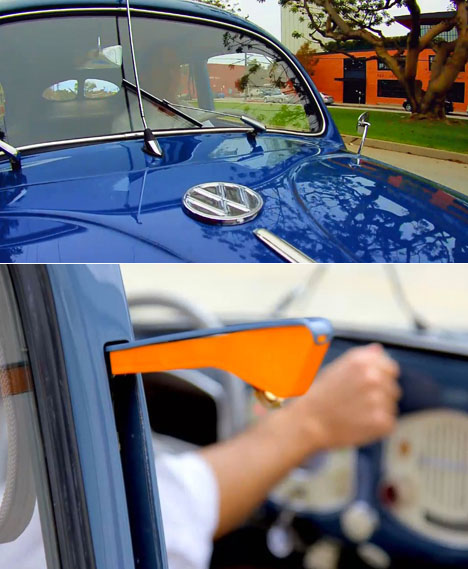 By now many of you have seen "Comedians in Cars Getting Coffee," Jerry Seinfeld's new web series. For those that haven't, a camera crew follows Seinfeld as he borrows an unusual vintage car, picks up a famous fellow comedian, and drives them someplace where they can chat over java. The car, fellow comedian and venue change with each episode.

In the first episode, as Jerry borrows a 1952 Volkswagen, we catch some fleeting glimpses of a piece of automotive design history: The semaphore turn signal. Also called a trafficator, it was a mechanical alternative to the flashing taillights that eventually won that particular design standard. The driver turned a dial to deploy and retract the brightly-colored, flaglike device, which was flush-mounted in a slot in the car's B-pillar. 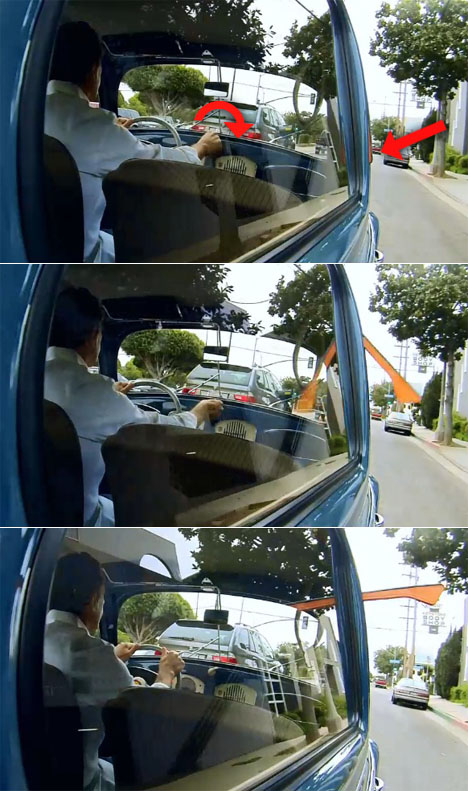 Semaphore turn signals had a relatively brief life, existing from their invention in the 1920s only until the 1950s. Manufacturers eventually gave up on them due to their fragility and tendency to get stuck. Another thing from that '52 Bug that you'll never see today is its powerplant: Amazingly, the 4-cylinder engine can propel the lightweight car with just 25 horsepower. The mileage must be incredible. Click the jump to watch the first episode, "Larry Eats a Pancake" where Jerry and Larry David drive around and crack jokes.

For a better look at the semaphore, there's a short (and unembeddable) video clip of a semaphore turn signal in action here.